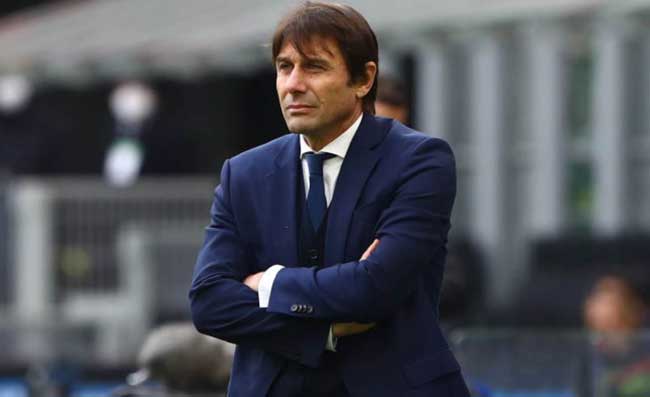 Conte: “The Var has damaged Tottenham”. The fans of Napoli and Inter answer him with irony

The Tottenham coach disputes the cancellation of the winning goal at the last minute: “When I don’t see honest I get angry, the 2-1 was regular”.

Antonio Conte, outside the Italian borders, has not lost its proverbial determination. His Tottenham drew 1-1 against Sporting, losing the chance to win the pass for the knockout stages of the Champions League with one round to spare. The Var influenced the final result by canceling Harry Kane’s winning goal in the 95th for a millimeter offside. “They did us enormous damage, they took away a regular goal. I want to see what happens if we go out next week.”the words of the Tottenham coach in a lightning press conference.

“Everyone went on the pitch and the referee sent me out. I think there are times when you have to be smart. A regular goal has just been canceled, because the ball is in front of Kane. You have to be smart. I want to see if a decision is made. like this, canceling a decisive goal in the 95th minute, can be taken against a great team, in a great stadium, in an important game. I want to see if Var is brave to make a decision like this. a situation like this and when I don’t see it, I get angry “, added the coach visibly furious. Antonio Conte’s words had a great resonance also in Italy. Fans of NaplesMilan and Inter, in particular, they ask him why he never complained about the referees when he was coaching Juventus. Maybe because, most people malign, he was in a great team …

David Martin is the lead editor for Spark Chronicles. David has been working as a freelance journalist.
Previous unpaid bills for 300 million from Acciaierie d’Italia- Corriere.it
Next Paul Pelosi, husband of Nancy, attacked at home in San Francisco- Corriere.it