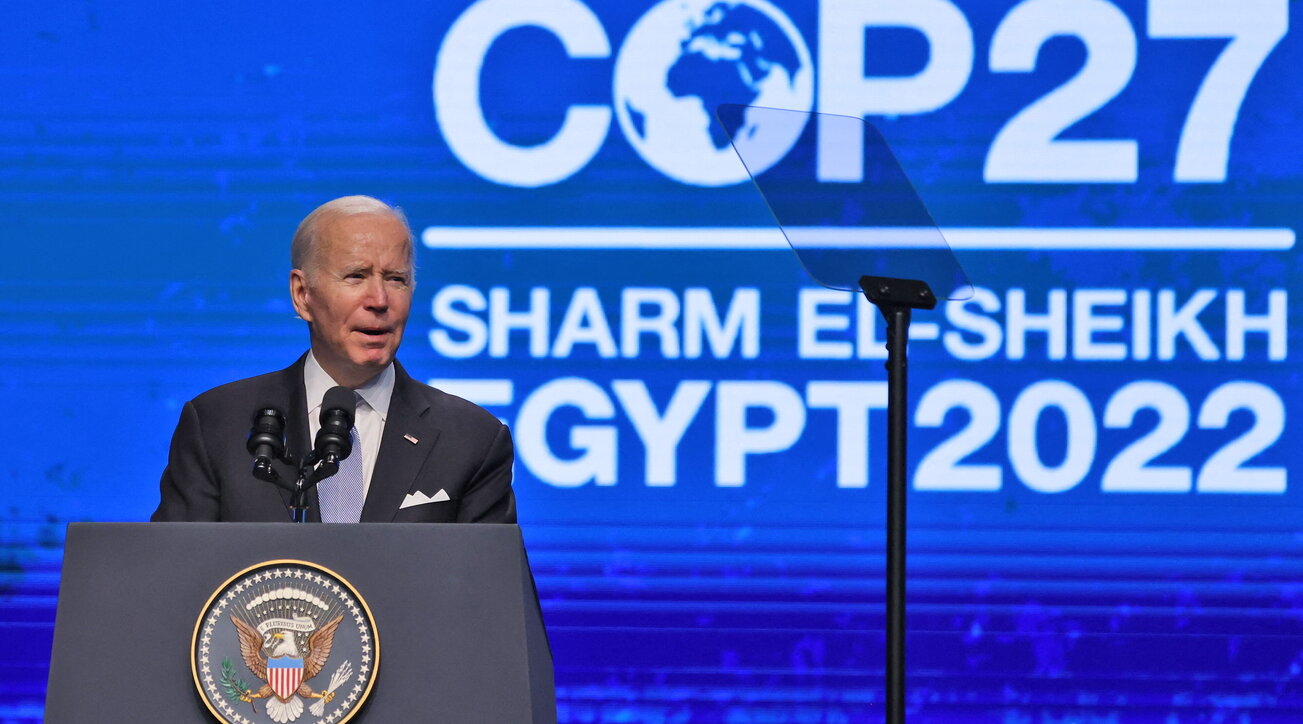 “Fighting against climate change is imperative,” added Joe Biden at the COP27 climate conference in Sharm el Sheikh, thanking US special envoy John Kerry for his work. “The climate crisis concerns human, economic and social security. We must act urgently”.

Biden tripping Trump – The president of the United States took the opportunity to launch a harsh criticism of his predecessor (and perhaps even opponent in the 2024 presidential elections), Donald Trump. Biden apologized for the US withdrawal from the Paris climate agreement decided by the then tenant of the White House, Donald Trump, in 2017: “I apologize for our withdrawal from the agreement,” said Biden, who re-launched Washington’s commitment to push the countries of the world to increase objectives decided at Cop26 in Glasgowthat is, limiting the rise in global temperatures to 1.5 degrees.

Biden: “Energy never again used as a weapon to hold the world hostage” – And also during COP27 Biden returned to talk about Ukraine because, according to the US, the war led to a severe crisis in terms of food security and increased the cost of energy, reinforcing market volatility and inflation. global level. Joe Biden, speaking at the 27th Conference of the Parties to the United Nations Convention on Climate Change, said: “Today more than ever, it is essential to respect the commitments made to combat climate change, reducing dependence on fossil fuels: Russia does not it can no longer use energy as a weapon to hold the whole world hostage. “

Biden: “US investments will bring a wave of innovation” – The investments that the United States is carrying out in the field of new technologies, from the development of hydrogen to the production of batteries for electric vehicles, will bring “a wave of innovation”, which will reduce the cost and strengthen the performance of renewable energy sources. This was stated by the president of the United States, Joe Biden, speaking at Cop27. “These technologies will be available around the world, and not just in the United States – we are determined to help anyone in need complete the energy transition,” he said.

Videogames entered his life in the late '80s, at the time of the first meeting with Super Mario Bros, and even today they make it a permanent part, after almost 30 years. Pros and defects: he manages to finish Super Mario Bros in less than 5 minutes but he has never finished Final Fight with a credit ... he's still trying.
Previous “In Naples to score points, Udinese has weapons to fight for! Kvara out? Nothing changes …”
Next Emma Roberts’ Tiramisu Blonde is the blonde to try right now