Coronavirus in the world: state of the epidemic in Schleswig-Holstein, omicron is spreading in the Czech Republic

More than half of the infections detected in Czech laboratories are the omicron variant. As part of the fight against the spread of the coronavirus, the national parliament in Kiel, Germany, declares an epidemic for the federal state of Schleswig-Holstein. In turn, nearly 94,000 new coronavirus infections have been detected in France. According to British media, Prime Minister Boris Johnson is to present a COVID-19 action plan soon – one of the elements of this plan is to abandon the provision of free rapid antigen tests for the presence of coronavirus.

The Czech State Institute of Health (SZU) said on Monday that more than half of the coronavirus cases detected in laboratories are omicron variants – in larger cities, this percentage could be as high as 79 percent. Experts expect a large increase in the number of new infections, which can reach up to 50,000 cases a day.

Data from the health ministry on new infections on Sunday showed another increase in the week-to-week increase. Compared to Sunday, January 2, laboratories found over 700 more cases.

Experts emphasize that with the increasing rate of disease, the burden on hospitals is decreasing. Currently, there are 2,229 patients in Czech institutions. A week ago, there were 3,091 of them. There are currently 420 patients with severe COVID-19 in intensive care units.

Due to the growing wave of infections with the omicron variant, the Central Crisis Staff is preparing a regulation, the full text of which will be presented by the government on Wednesday. The regulations are to allow those people who will have a positive result of antigen tests at workplaces belonging to the so-called critical infrastructure to remain in the position, although under a strict sanitary regime.

Only confirmation of a positive result by the PCR test will send the sick employee to quarantine. Mandatory tests of all employees in workplaces, offices, companies, as well as self-employed people will start on January 17 this year.

State of the epidemic for the federal state of Schleswig-Holstein

As part of the fight against the spread of the coronavirus, the national parliament in Kiel has declared an epidemic state for the federal state of Schleswig-Holstein, one of the federal states with the highest number of infections. This allows the government – for example – to close clubs and discos. In addition, from Wednesday, restaurants will be closed from 23.00 to 5.00 in the morning.

The state health minister, Heiner Garg, wrote in a government statement that the incidence of infections is very dynamic. – We have to be prepared for the fact that the numbers will continue to grow in the coming days, maybe weeks – he explained.

The epidemic situation in France

On Monday, health authorities in France registered 93,896 cases of coronavirus per day. 280 people died from COVID-19. The percentage of positive tests has risen to almost 20 percent.

22,749 coronavirus patients are treated in hospitals, including 3,904 in intensive care units. The total number of COVID-19 deaths since the start of the pandemic has risen to 125,718.

Media: possible move away from free antigen testing in the UK

According to British media, Prime Minister Boris Johnson is soon to present a plan to deal with the coronavirus, which, according to scientists, is moving from a pandemic phase to an endemic phase in the country, i.e. starting to resemble the seasonal flu. This means it will not be fully eradicated, but hospitalizations and deaths will remain relatively low.

One of the elements of the plan, the Sunday Times reported on Sunday, is to move away from making free rapid coronavirus antigen tests available to everyone and limiting them to high-risk locations such as hospitals, nursing homes, schools, and key employees.

When asked if the rules of isolation or access to antigen tests might change in the coming weeks, the prime minister appealed to people who had not yet taken a booster dose of the vaccine to do so. – We’re making great progress. The number of people who got a booster dose was 36 million. 90 percent of people over 50 have already done it, but there are still millions who have to do it, he said.

He stressed that “we will continue to use testing as one of our most important lines of defense for as long as necessary.” He added that similar arguments concern whether to reduce the isolation period of the infected from seven days to five, and would be guided by the scientists’ recommendations. However, he confirmed that such a proposal was under consideration by the government.

Chile’s medical service began administering a fourth dose of the COVID-19 vaccine on Monday. The administration of President Sebastian Pinera recalled that on Monday Chile became the second country in the world to start applying the fourth dose of the vaccine.

Israel was reported to be the first country to start dosing the fourth dose of the anti-COVID-19 preparation. The first vaccinations with the fourth dose started on December 31. Chile is one of the countries with one of the highest rates of vaccination against COVID-19 in the world. There are over 85 percent of them fully vaccinated. citizens, and the third dose has already taken over 58 percent.

The number of hospitalized people in the USA is growing

The United States has the highest number of people requiring hospitalization for COVID-19 since the start of the pandemic. Due to the sharp increase in the number of omicron infections, 132,646 people are staying in hospitals.

The number of hospitalizations in the US began to rise sharply in late December – it has doubled in the last three weeks. The highest numbers of people in need of medical care were found in 13 states, including high-populated Pennsylvania and Illinois.

While the coronavirus omicron variant is potentially less severe than the delta variant, U.S. health officials warn that the sheer number of infections could put a burden on hospitals. It was noted that some facilities in the USA have already suspended elective treatment because they are unable to cope with the influx of patients and the shortage of medical personnel.

Videogames entered his life in the late '80s, at the time of the first meeting with Super Mario Bros, and even today they make it a permanent part, after almost 30 years. Pros and defects: he manages to finish Super Mario Bros in less than 5 minutes but he has never finished Final Fight with a credit ... he's still trying.
Previous Ski Jumping. “The last jumps looked very good”
Next Netflix sharing the account breaking the rules what penalty 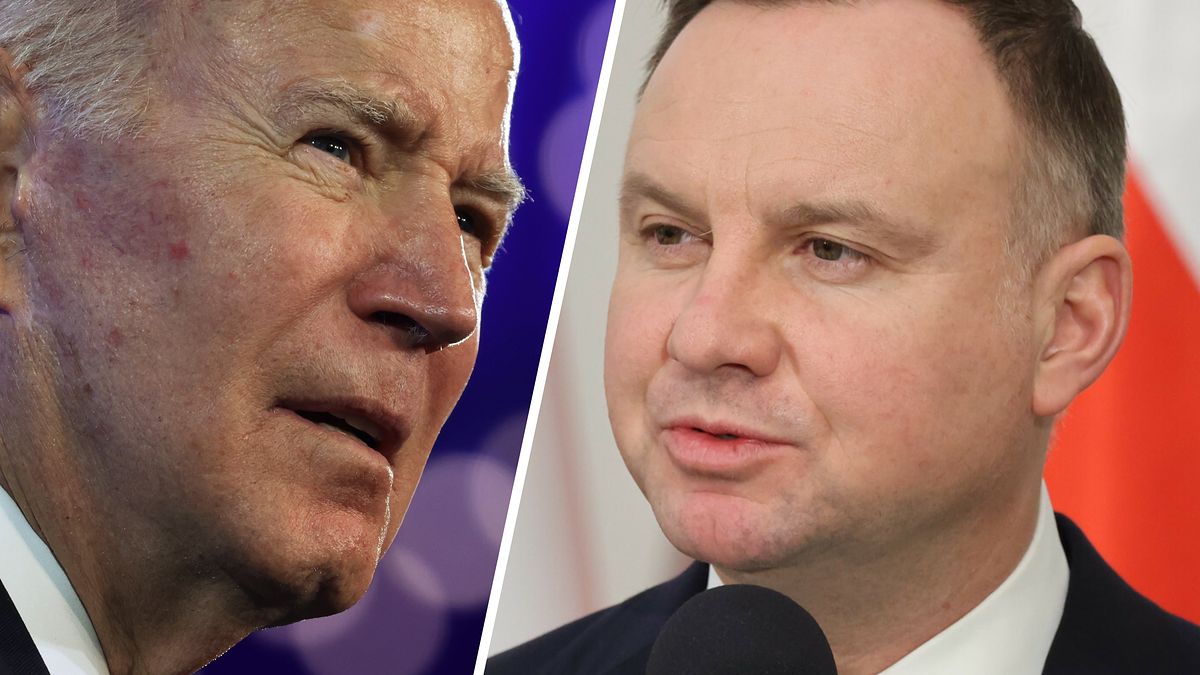 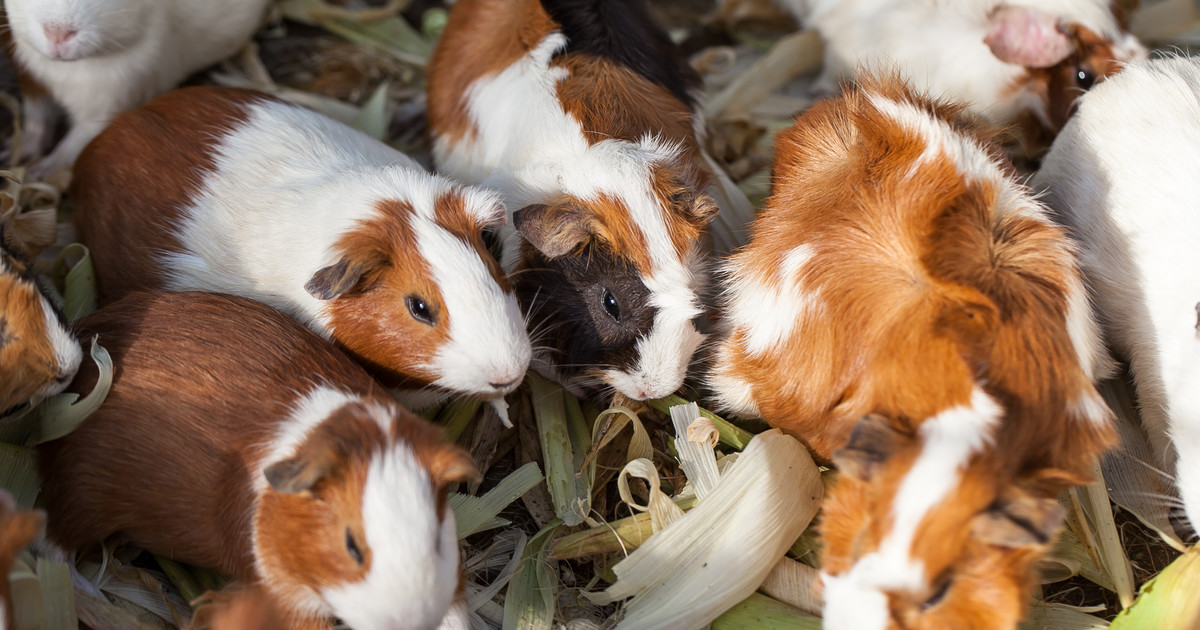 As previously reported by the New York Times, in the event of an escalation, the …