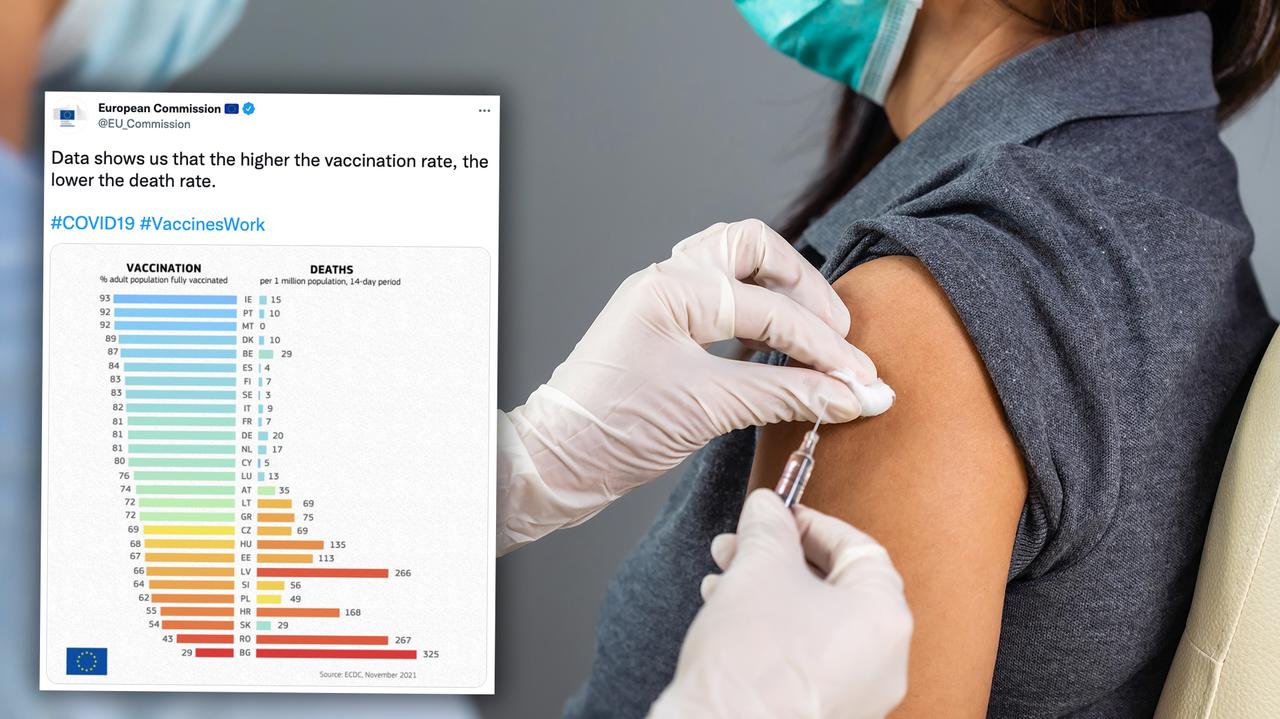 “The higher the vaccination rate, the lower the death rate,” the European Commission wrote on Twitter, releasing a graphic that compares the vaccination coverage in EU member states with the number of COVID-19 deaths per million inhabitants. Countries with vaccinated adult population levels above 90 percent were in the top three positions. Poland achieved the fifth result from the end.

The European Commission published a graphic on Tuesday that summarizes the percentage of vaccinated adult populations in each EU Member State and the number of COVID-19 deaths per million inhabitants over the two weeks of November. The chart is based on data from the European Center for Disease Prevention and Control (ECDC). “The data show us that the higher the vaccination rate, the lower the death rate,” the European Commission wrote in the entry.

Best of all, Ireland, with 93 percent of the adult population, is fully vaccinated. The death rate per million inhabitants over a two-week period is 15 cases.

In Portugal, which came in second place, 92 percent of those over the age of 18 have been vaccinated. The COVID-19 death toll per million inhabitants is 10.

Third place was taken by Malta, where 92 percent of the adult population remained vaccinated, as in Portugal. The COVID-19 fatality rate per million inhabitants was 0.

The countries of Central and Eastern Europe are at the other end of the list. Bulgaria recorded the lowest vaccination coverage of the adult population (29 percent) and the highest death rate per million inhabitants during the period under review (325).

Second last is Romania, where 43 percent of the country’s adults have been vaccinated against COVID-19. The death toll per million inhabitants is 267.

In Slovakia, the third most recent country on the list, adult immunization coverage is 54 percent. The death rate for COVID-19 per million inhabitants is 29.

How did Poland fare?

Poland was fifth from the bottom, ahead of Croatia (4th from the bottom). According to ECDC, 62 percent of adult residents are vaccinated in Poland. The death rate related to COVID-19 is 49 cases per million inhabitants.

Vaccinations against COVID-19 in Europe

According to ECDC data, 76.6 percent of the adult population is vaccinated in the European Economic Area (European Union plus Norway, Iceland and Liechtenstein).

Meanwhile, on Monday, the European Medicines Agency (EMA) began evaluating the application for a booster dose of Johnson & Johnson’s COVID-19 vaccine at least two months after the first dose in adults 18 years of age and older.

“The Committee for Medicines for Human (CHMP) EMA will conduct an accelerated evaluation of data submitted by the company that markets the vaccine. These data include the results of studies of over 14,000 adults who received a second dose of COVID-19 vaccine or a placebo two months after the first dose. The results of this assessment are expected within a few weeks, unless additional information is needed, “the Agency said in a press release to the media.

Videogames entered his life in the late '80s, at the time of the first meeting with Super Mario Bros, and even today they make it a permanent part, after almost 30 years. Pros and defects: he manages to finish Super Mario Bros in less than 5 minutes but he has never finished Final Fight with a credit ... he's still trying.
Previous Łukasz “Juras” Jurkowski with a statement on Lukas Podolski. “Since I unleashed a shit, I will blast yesterday’s tweet about him …”
Next Changes in determining the health insurance contribution in 2022. Free webinar from the Social Insurance Institution and the Ministry of Finance