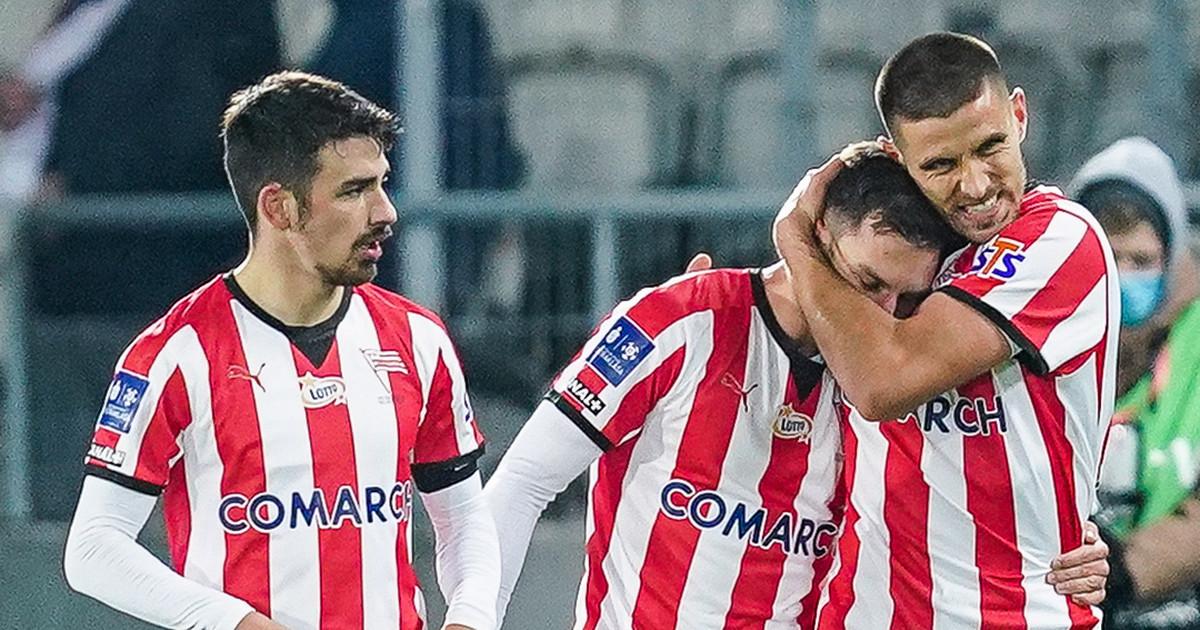 Cracovia – Raków: Zieliński started with a win again! What a goal! PKO Ekstraklasa

“Coach, welcome home” – a banner with such an inscription appeared on one of the stands during yesterday’s match between Cracovia and Raków. Jacek Zieliński, after more than four years, led the Pasy again and started his second stay at Wawel by winning with the top team.

The new Pasów coach had two weeks to work with the team. After reviewing his squad, Zieliński made two changes to the starting line-up. Karol Niemczycki stood in the goal for the first time since the cup match against ŁKS (0-0, 1: 3 in penalties). Earlier, Lukas Hrosso had a place there. The reason for the change was, among others a disease that the Slovak was struggling with in recent days.

– It was a decision made after deeper reflection, but it was also caused by Lukas’ disease, who has not trained recently. Karol benefited from his friend’s health problems, but he also presented himself well in training – said the Belts coach before the match. Michal Siplak also returned to the first team. The Slovak was placed in the center of the defensive in place of Jakub Jugas, who had a certain place in the eleven so far.

In the first half, the pitch was boring. Cracovia fired only one shot, and in addition missed. Raków players tried to surprise Niemczycki with long shots, but he probably caught all the balls flying towards him. The closest goal was Patryk Kun, whose shot from the 16th minute flew right next to the goal post of Cracovia. – Our game is not bad, we create situations, but we lack a better final draw and finalization. Over time, we should tip the scales in our favor – said the guest striker Sebastian Musiolik during the break. He did not come out for the second half, he was replaced by Vladislavs Gutkovskis.

After switching sides, the game image did not change. The players from Częstochowa had the ball more often and they often tried to cross into the Cracovia penalty box in the hope that the growing Latvian would win the head match and be able to shoot. After a quarter of an hour, Ivi Lopez had a great chance. Matej Rodin did not manage to clear a cross from the left and the ball went to the Spaniard. This one hit without acceptance, but was slightly wrong. Several seconds after Lopez’s situation, the Cracovia coach made two more changes. The field was entered, among others, by Otar Kakabadze and this castle influenced the final result. In the 69th minute, the Georgian got the ball kicked by one of the rivals and without thinking he shot towards the goal of Vladan Kovačević. The Bosniak tried to intervene, but the shot was too powerful for him to do anything about it. Coach Marek Papszun tried to save the result with changes. Cracovia’s defense did not make any mistakes and kept a clean sheet for the second time this season.

In Jacek Zieliński’s debut as a Cracovia coach in April 2015, his team confidently defeated Zawisza Bydgoszcz (3: 0). Back then, it was the start of a series of 12 Unbeaten Stripes matches. The 60-year-old started his second term again with a victory, and with a strong rival. Raków fans have less reasons to be satisfied. After the 14th round, the leader of the league, Lech increased the advantage over Medals to six points.

David Martin is the lead editor for Spark Chronicles. David has been working as a freelance journalist.
Previous Subsidies to the forest 2021. The call for applications with extended support is starting
Next The deputy head of the Ministry of Foreign Affairs does not rule out closing the border with Belarus