The Credit Suisse securities have lost 18.6% in today’s session after the Swiss bank announced its intention to proceed to a capital increase of $ 4 billion. Today the Swiss group presented the expected business plan in which indications are given on how the bank intends to restructure its business and where to find the money to do so. The sales will not be enough but it will be necessary to resort to the issue of new shares, a move that reduces the value of the shares, those who already have the shares, forced to subscribe to the increase if they want to keep their share in the capital unchanged. Saudi National Bank, linked to the sovereign fund ofSaudi Arabiahas undertaken to subscribe a portion of the recapitalization, which should lead to the stake in Credit Suisse close to 10%. 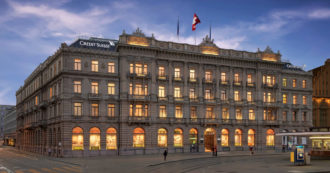 Credit Suisse, contacts initiated for a capital increase of at least $ 2 billion

The leaders of the Swiss bank in recent weeks have tried to avoid the recapitalization that takes place in one difficult market phase and with Credit Suisse shares already falling, before today, 50% since the beginning of the year. A major renovation is planned for theInvestment Bank, the most problematic part of the group, of which some activities will be sold and which will be focused on the American brand First Boston. In the third quarter of the year, Credit Suisse reported a loss of 4 billion dollars (3.98 billion euros), which includes red. The restructuring process will require an additional 2.9 billion Swiss francs (2.9 billion euros) over the next 2 years. By 2025, Credit Suisse intends to lay off 9,000 people, bringing the workforce to 43,000. According to the plans of the Swiss bank dividends will only revise in 2025symbolic coupons will be paid in the next two years. 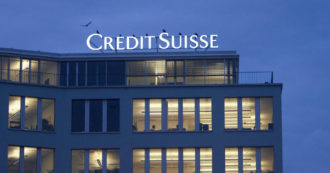 “Starting today, we are taking a number of decisive actions for refocusing Credit Suisse around the needs of our clients and stakeholders. Our new integrated model will be focused around wealth management, the Swiss bank, as well as asset management and we will radically restructure the investment bank, we will strengthen the capital and we will accelerate the transformation of costs. We believe these actions will lead Credit Suisse to a more stable performance and the generation of lasting value for our shareholders ”. So the CEO of the bank Ulrich Koerner in a note.

At the beginning of October, the bank was affected by significant withdrawals of funds after rumors circulating on social media had hypothesized solvency problems. The outflow of capital led to a temporary drop in liquidity requirements below regulatory limits. The problem was addressed but the Swiss group revealed that its liquidity coverage ratio was on average 154% in the month until 25 Octoberand compared to 192% of September 30th.

First grain for Minister Giorgetti, the recapitalization of Mps is a flop and Brussels smells of state aid

Shell, profits of 9 billion in three months thanks to oil and gas prices pushed by the war in Ukraine

The variety offered by video games never ceases to amaze him. He loves OutRun's drifting as well as the contemplative walks of Dear Esther. Immersing himself in other worlds is an incomparable feeling for him: he understood it by playing for the first time in Shenmue.
Previous Don’t Make Me Go, discover the new Prime Video exclusive with John Cho and Kaya Scodelario
Next Juve, Di Maria says enough: ‘How many lies about me, I don’t want to leave in January’ | Market