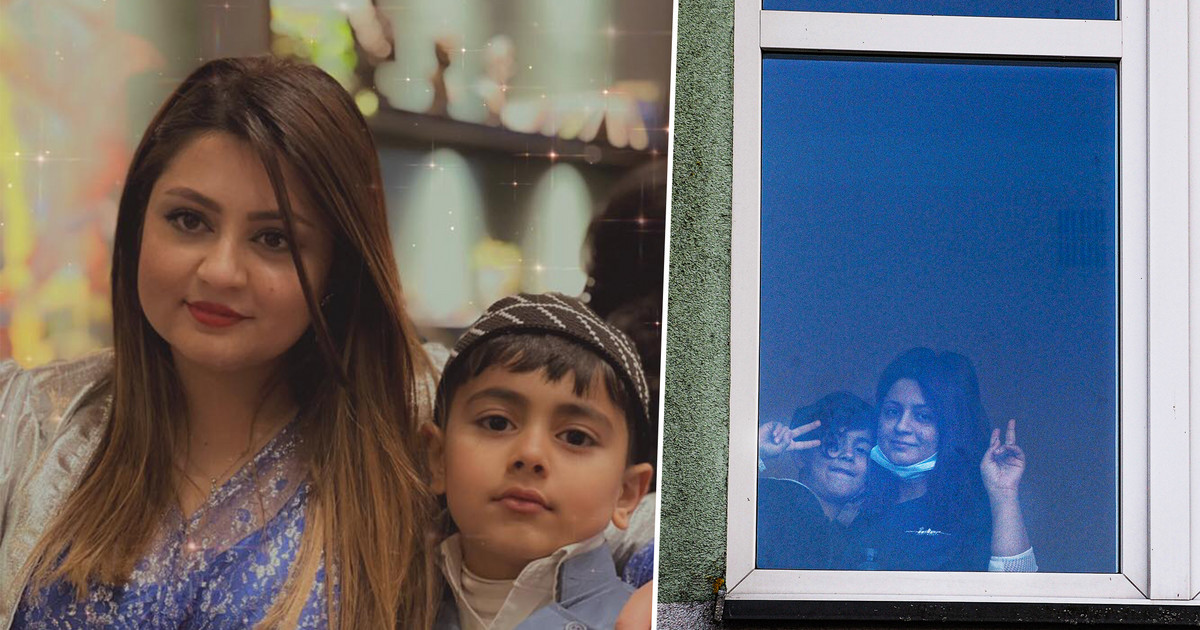 Crisis on the border. A Kurdish woman from Iraq told Fakt what was happening in the Belarusian forest

As Kani Saman says, it is difficult to find good and profitable jobs in Iraq. It is also not easy to get a visa to most countries, so the offer of an easy trip to Belarus seemed tempting. The family with their eight-year-old son started their journey at the beginning of November. From Iraq, they flew to Diyarbakir in Turkey, and from there to Minsk. They spent three days in a hotel in the Belarusian capital. They bought winter clothes there for about $ 300. Belarusian guards took them there.

They paid 5,000 for the trip from Iraq to Turkey. dollars, for a trip from Turkey to Minsk 7.5 thousand. dollars. In total, approx. 12.5 thousand dollars, or over 50 thousand. zlotys. As they say, it is not easy to get a visa from Iraq to any European countries, so when they heard about the easy possibility of traveling through Belarus, they did not hesitate for a moment. Initially, they intended to go to Germany, but the ordeal that met them in the forest made them decide to apply for asylum in Poland. They had no idea that they were in for 23 days of nightmare. From Minsk, they took food with them, which was supposed to be enough for them for about a week. Representatives of Belarusian services took them to the border.

They ate a square of chocolate a day. They were given dirty water to drink

– The guards did not explain to us what would happen at the border crossing. They just pushed us towards Poland. After all, we ran out of food completely. I had my last dark chocolate with me. Each of us ate a cube a day. We washed everything down with water, which the Belarusian guards gave us, ‘Kani Saman tells Fakt. She adds that the water they drank was tasteless and dirty. She suspects that it was she who was one of the causes of acute stomach problems with which she was hospitalized in Hajnówka (Podlaskie Voivodeship).

– When our supplies ran out, we could buy food from the Belarusian guards. The prices were gigantic. In Minsk, a can of tuna cost 4 rubles. In the forest, the guards demanded 20 euros for the same can – Kani Saman tells Fakt. As her account shows, they began to feel hungry soon after.

– One time my son woke up in the morning and immediately started crying terribly. He used to say to me: Mom, I dream about eating at least a grain of rice, I am so hungry – a moved 28-year-old tells Fakt.

For three days she walked barefoot through the Belarusian forest

During this trip they were pushed to the Polish side once. They were in a large group, about 70 people. – First, the guards saw one of the men and started beating him. When they realized that I was standing next to me with the baby, they completely changed their behavior. They were polite and helpful, but said that because I had crossed the border illegally, they could not grant us asylum and pushed me back to Belarus – says Kani in an interview with Fakt.

As Kani says, the three of them traveled after this event for many more days. The 28-year-old does not remember how much time they spent in the forest because at some point they lost track of time. Their phones had run out. On November 15, Uncle Kani and his wife (British citizens) lost contact with them. The last time they received a pin with the location from the vicinity of Czeremcha. Later, terrified, they searched for them for several days. On November 18, it turned out that Kani was hospitalized in Hajnówka. She had a terrible cough, chest pains, swelling, and excruciating pain in her feet and ears. To this day, he has a coughing attack every now and then. During the hike, Kania’s boots completely ripped off. She went barefoot for three days. To this day, her feet are swollen and wounded.

Kani Saman is satisfied with the medical care at the hospital in Hajnówka. She says everyone treats her well and is very kind. The 28-year-old believes that she will soon meet her husband, who is staying at the border guard center in Narewka, and together they will be able to wait for their asylum application in Poland to be examined. They want to make a life for themselves here. Kani hopes her son will go to school here. She also believes that soon she will be able to visit her uncle, who lives in London and is very worried about his relatives.

Two brothers from Palestine were on the verge of death when they were found in a Polish forest. New informations

Monika Olejnik on the border. “Kropka nad i” from Michałów

Videogames entered his life in the late '80s, at the time of the first meeting with Super Mario Bros, and even today they make it a permanent part, after almost 30 years. Pros and defects: he manages to finish Super Mario Bros in less than 5 minutes but he has never finished Final Fight with a credit ... he's still trying.
Previous The footballer’s wife boasted about her handbag. It’s a baby, but it costs a fortune
Next Shatterproof smartphone screens are getting closer? Ultra-hard diamond glass was created

Another 86 infections with the Omikron coronavirus variant have been confirmed in the UK, and …