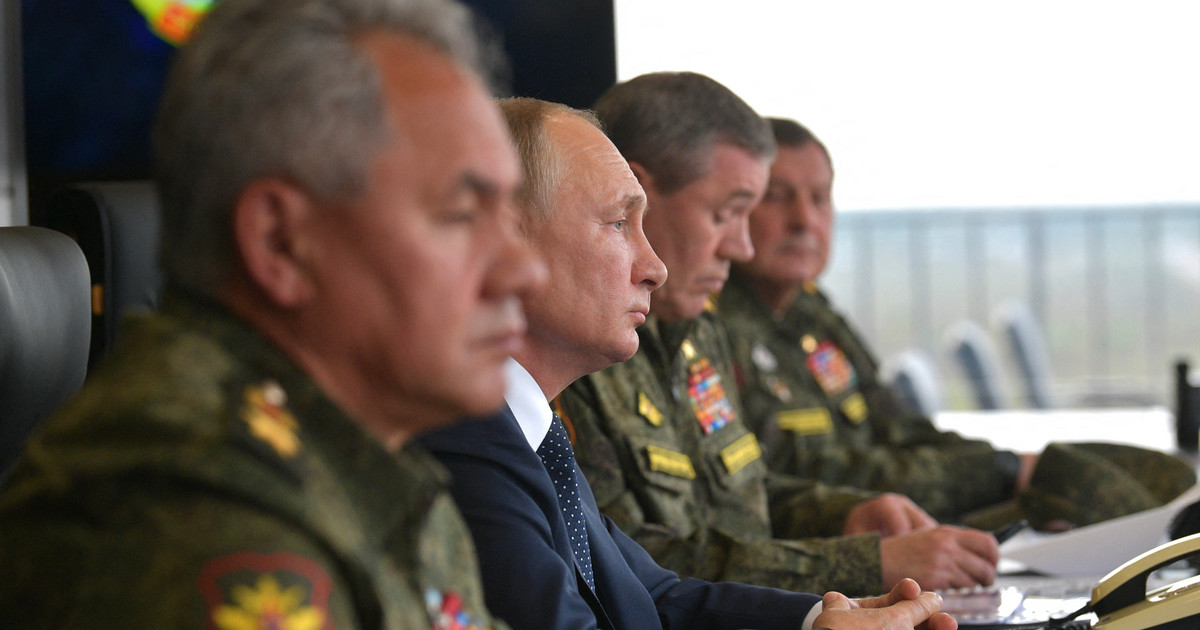 It is getting really dangerous in the East, and the conflict on the Polish-Belarusian border may only be an introduction to the real plans of the Kremlin, which is an armed intervention in Ukraine, which may take place in the coming weeks.

After these talks, our government informed that the conversation between Haines and the Polish Prime Minister took place at the request of the American side. “Its participants agreed that close cooperation in the field of security on NATO’s eastern flank is necessary” – such a laconic message appeared.

In turn, on Friday, Morawiecki wrote on Facebook that the fact that the American side asked for this meeting “proves the serious commitment of our allies from the North Atlantic Alliance to the issue of increasing security on NATO’s eastern flank.”

“We are in agreement with our friends from the USA on the diagnosis of the threat posed by Lukashenka and his allies of the hybrid conflict. At the same time, we are working on further solutions to best protect Poland, Europe and the North Atlantic Alliance against similar threats now and in the future. We will react firmly and adequately to the development of the situation “- assured Prime Minister Morawiecki.

The US calls on Poland to act urgently

The anonymity-claiming diplomatic sources claim that Haines flew to Warsaw for one purpose: with a clear warning to Poland and the Baltic countries against the Russian invasion of Ukraine, which, she was to emphasize, could occur in the coming weeks.

Director Haines allegedly referred to US intelligence data confirming that Russia had amassed significant military forces near the Ukrainian border, exceeding the numbers that occupied Crimea in 2014.

Although – as our informants say – she was supposed to point out that the American intelligence is not sure whether Russian President Vladimir Putin has already made a decision whether to launch an attack on Ukraine, or otherwise try to destabilize the situation in that country and change the president in Kiev to more pro-Russian. That is why the American envoy was to call on the Polish authorities to urgently take action to build a joint coalition of the Baltic states, the EU and the United Kingdom, which would stop the Kremlin’s aspirations related to a possible invasion of Ukraine.

Warning in a special recording

Our interlocutors claim that Morawiecki’s direct response to the White House’s appeal was a message published last weekend in English, in which the head of the Polish government, pointing to the threat to Europe from Belarus, backed by Russia, which may want to check the credibility of NATO’s guarantees on the so-called on the eastern flank, he called on the allies for decisive action.

“I appeal to all people in the free world: Poland, Lithuania and Latvia need your solidarity” – said Morawiecki, explaining that “what looks like an ordinary migration crisis from a distance is in fact a hybrid war, like Alexander Lukashenko with the support of Vladimir Putin. uttered across the European Union. ” “This is a political conflict created for a specific goal, which is to destabilize Europe for the first time since the Cold War 30 years ago,” noted the Polish Prime Minister, referring also to Russia’s attack on Georgia in 2008 and Ukraine in 2014.

Three capitals in one day

In response, also to Washington’s appeal, on Sunday morning Morawiecki went to three Baltic capitals – Riga, Tallinn and Vilnius – to present the position and expectations of the American administration, and to obtain assurances about the full support of Latvia, Estonia and Lithuania in the conflict border with Belarus. And listening to the speeches of the heads of state after the meeting with the Polish prime minister, it can be concluded that he has achieved his goal.

– After these talks, I know that we are speaking with the Baltic states with one voice, we see similar risks and ways to remove them. Names, maps and situations are different, but the mechanisms are the same. After very intensive talks with the prime ministers of Estonia, Lithuania and Latvia, I can say that we all see how serious the situation is. I am glad that we are on one wavelength with the Baltic states. Our solidarity, joint action determines the internationalization of the risks on the eastern flank and drawing its attention to the most important issues related to security, energy prices, the correct arrangement of climate policy throughout the EU – said Morawiecki in an interview for the portal wpolityce.pl, which he gave on board plane returning from Tallinn, Vilnius and Riga.

After Morawiecki has gained full support in the Baltic states, the head of the Polish government intends to continue the diplomatic offensive this week. On Tuesday in Budapest, at the request of the Polish prime minister, a meeting of the Visegrad Group will be held in relation to the geopolitical situation – as government spokesman Piotr Müller informed.

However, the Hungarian capital is not the last stop. Later this week, the prime minister is to visit several other European capitals to convince European Union countries to exert as much pressure on Moscow as possible, thus preventing the escalation of tensions in eastern Europe.

Our diplomatic interlocutors emphasize that the key roles to play in this deterrence plan for Russia to abandon its plans to attack Ukraine and force Lukashenka’s regime to end the border crisis have Western European countries, which are now very seriously afraid of an open gas war against Moscow.

Nevertheless, a clear signal from Paris last Monday sent to the Kremlin from French President Emanuel Macron, who warned Putin that the invasion of Ukraine would meet NATO’s response. A similar signal in the conversation with Putin was also sent by German Chancellor Angela Merkel.

The US has reversed sentiment

Our diplomatic sources admit that the Polish government has so far been overlooked by European allies in contacts with the Russian president, and that the Polish Ministry of Foreign Affairs was only told about Merkel’s telephone conversation with Putin a few minutes before the planned merger. And although both Macron and Merkel have so far talked about the crisis on the Polish-Belarusian border without the participation of Poland, which caused sharp opposition from the Polish authorities, today their stance towards Moscow is definitely sharper than a few weeks ago.

The diplomats we spoke to did not hide that this change was influenced by the determination of the United States, which had already prepared a draft of drastic sanctions against Russia in the event of aggression against Ukraine. The draft prepared by the Senate foreign affairs committee envisages, inter alia, blocking the Nord Stream 2 gas pipeline, as well as cutting off the Russian financial system and Russian banks.

The White House’s great determination in this matter is also evidenced by the fact that, at the request of US President Joe Biden, the head of the CIA, William Burns, was sent to Moscow, who was to clearly warn Putin about the consequences should the invasion of Ukraine begin.

Videogames entered his life in the late '80s, at the time of the first meeting with Super Mario Bros, and even today they make it a permanent part, after almost 30 years. Pros and defects: he manages to finish Super Mario Bros in less than 5 minutes but he has never finished Final Fight with a credit ... he's still trying.
Previous The spokesman of the Polish Football Association responds to Borek’s allegations. “Everyone knew very well” The Polish national team
Next The prime minister’s words will not stop the fall of the zloty. Investors withdraw capital from Poland