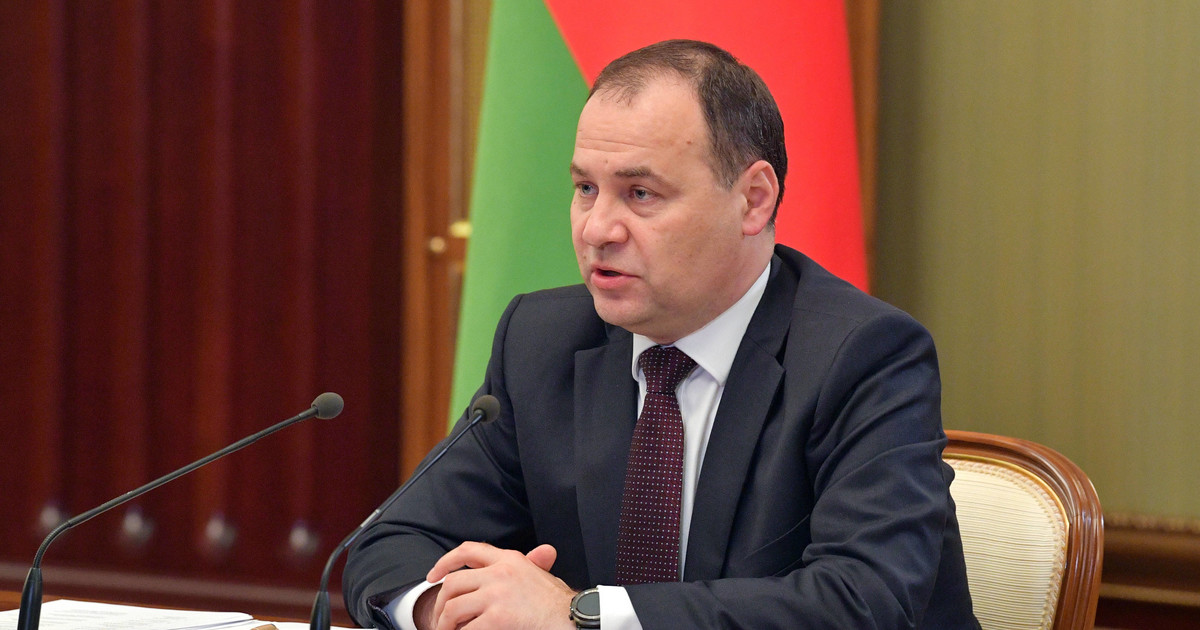 Crisis on the border. The prime minister of Belarus accuses the West of a hybrid war

“In recent days, a hybrid war is being waged against Belarus, encompassing all areas,” he said via a video link at a meeting of the heads of cabinets of the member states of the Shanghai Cooperation Organization. The words of the prime minister were communicated by the Belarusian news agency BiełTA.

– Western countries have introduced four packages of sanctions, including against the economy, and are discussing further restrictions, using as a pretext the migration crisis on the border between Belarus and the EU, which was caused by none other than the EU – said Golovchenko.

The Belarusian prime minister accused the West that it was the policies of these countries that led to the migration crisis. In his opinion, other members of the Shanghai Cooperation Organization are also falling victim to such a policy. He added that a sensible solution would be to join forces and oppose unilateral restrictions and interference in the affairs of other countries.

Golovchenko added that underpinning Western calls to fight autocracy and promote democracy is basically “old colonial thinking”. – It reflects the will to sideline competition in premium markets, disregard for historical and national traditions of other countries and a cold geopolitical account aimed at preserving Western political and economic domination – said the Belarusian prime minister.

The Shanghai Cooperation Organization was established in 2001. It was established by Russia, China, Kazakhstan, Kyrgyzstan and Tajikistan. In later years, it was also joined by Uzbekistan, India and Pakistan. Belarus currently has observer status. The goal of the SCO is to strengthen regional security in Asia.

Videogames entered his life in the late '80s, at the time of the first meeting with Super Mario Bros, and even today they make it a permanent part, after almost 30 years. Pros and defects: he manages to finish Super Mario Bros in less than 5 minutes but he has never finished Final Fight with a credit ... he's still trying.
Previous After 10 years, the stadium in Wrocław found a sponsor
Next Five TVs you can buy blind on Black Friday