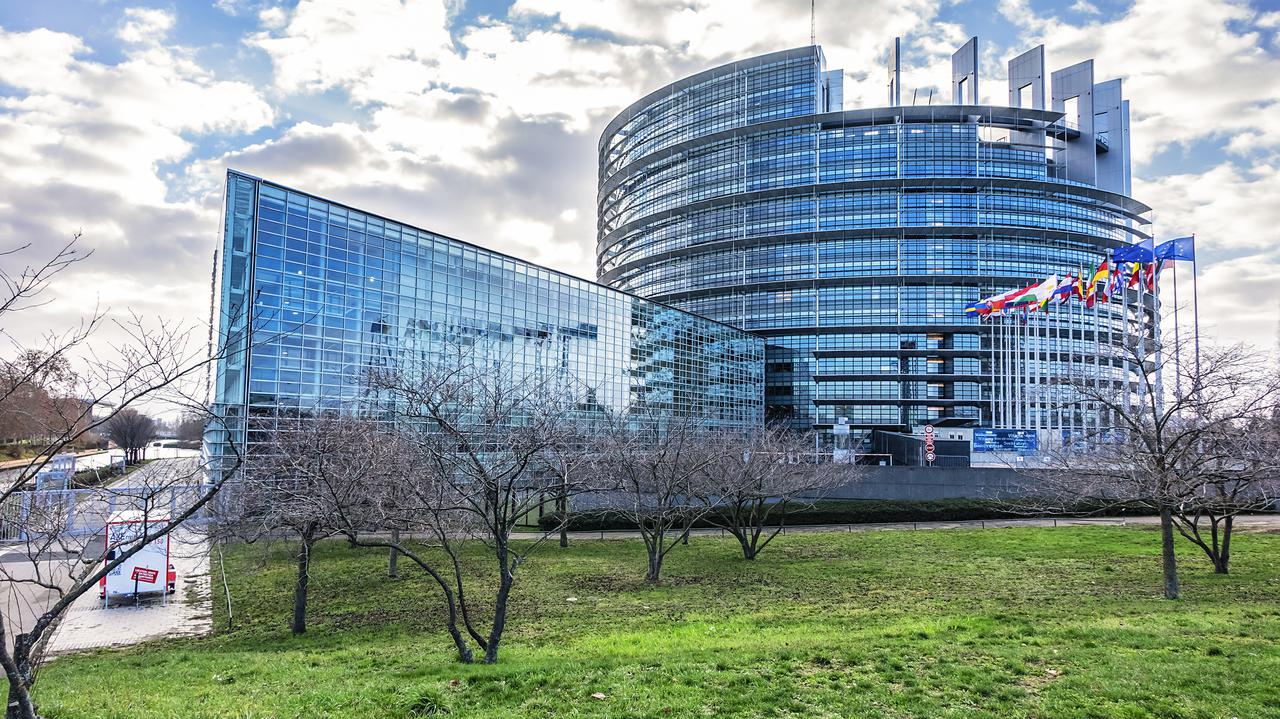 Crisis on the EU border with Belarus. Debate in the European Parliament and announcements of further sanctions

On Tuesday, the European Parliament debated the situation in Belarus and its borders with the EU. Slovenian Foreign Minister Anje Logar said that “another package of sanctions” against the regime “will be approved in the coming days”. Law and Justice MEP Ryszard Legutko read a letter from the Polish Prime Minister, in which Mateusz Morawiecki wrote that “a regular battle for the future of Europe is being fought on the Polish-Belarusian border”. Andrzej Halicki (PO), MEP, assessed that “the situation on the border must not obscure what is happening in Belarus”, where “almost 1,000 people, political prisoners, are tortured in prisons by Lukashenka.”

The first speaker during the debate was the Minister of Foreign Affairs of the country, Anze Logar, speaking on behalf of the Slovenian Presidency of the EU Council. He recalled that on November 15 the EU foreign ministers decided to extend the legal framework for sanctions against the Belarusian regime.

“The next sanctions package will be approved in the coming days,” Logar said.

In his opinion, “the Union has demonstrated its ability to protect its interests in the international arena by using numerous instruments.” The head of Slovenian diplomacy also assessed that “the situation seems to be improving over the passing days”. – However, those countries that suffered the most – Poland, Lithuania and Latvia – certainly deserved our continued solidarity – he added.

The PiS MP read a letter from Prime Minister Morawiecki

Law and Justice MEP Ryszard Legutko, who spoke on behalf of the European Conservatives and Reformists (ECR) faction, said that Prime Minister Morawiecki was to appear in the EP. – Unfortunately, he was not allowed to do so, but he asked me to convey the content he wanted to express here. I do it all the more willingly because they reflect the views of my group, many millions of my compatriots, and also the people of Europe, said the MEP.

>>> Prime Minister Morawiecki wanted to speak during the debate, but the European Parliament did not agree

“At the moment, several thousand Polish officers and soldiers are patrolling the eastern border of the European Union. For the first time since the Iron Curtain, the integrity of the borders of Poland and the Baltic states is under threat. This is a long shadow of Russia’s neo-imperial policy. For several weeks now, Lukashenka has been sending hundreds to the border every day. And this is not a repetition of the migration crisis of 2015. We are dealing with a planned provocation action, the migrants of which are only Lukashenka’s tools, and the goal is destabilization in Europe “- said the head of the Polish government.

“Lukashenka’s intentions do not need to be proved. He himself provides such evidence. ‘We will massacre all the scum that you, the West, financed.’ These words were not spoken in a secret conference. Lukashenka said them on BBC television,” he continued.

Morawiecki added in the letter that “Russia of Vladimir Putin has been consistently striving for years to rebuild the imperial position and subjugate part of Europe”. “Its strength is our passivity. When it attacked Georgia, we were unable to oppose it. When it torn away Ukraine from Crimea, we were unable to stop it. When Lukashenka rigged the presidential election, we lacked the determination to defend the Belarusian people from the dictatorship. Vladimir Putin was starting the game, the aim of which was to play off individual European countries, we lacked the solidarity that would put a dam on the construction of the Nord Stream 2 gas pipeline “- wrote the Prime Minister.

“There is a regular battle at the Polish-Belarusian border for the future of Europe. It is high time for us to realize this,” he assessed and proposed further actions in seven points.

Seven points for further action towards Belarus according to Morawiecki

“First, no concessions. Things have gone too far. Russia and Belarus have crossed all borders and we cannot allow more” – wrote Morawiecki.

“Second, nothing about us without us. Any attempt to resolve the conflict must be based on an agreement. Any attempt to negotiate bypassing certain countries is a success for Vladimir Putin. Third, solidarity in the face of a common threat. This issue does not apply to Lithuania, Latvia, Poland and Estonia – this is a wider issue. Fourth, words are not enough. We must act decisively, inter alia, through sanctions, “he continued.

“Fifth, transatlantic cooperation. This conflict has the dimension of a civilizational clash and this requires an appropriate response not only within the EU, but also extending cooperation to NATO. Sixth, a common energy policy. The Union is the subject of Russia’s energy blackmail because it is still in politics We are playing against each other, and not for each other. Until that changes, we can be sure that Putin will play these interests to his advantage. Moldova must receive a signal that they will not be left alone in the hands of Moscow’s neo-imperial policy, wrote the prime minister.

Halicki: the situation on the border must not obscure what is happening in Belarus

– But this situation on the border must not obscure what is happening in Belarus. Almost 1,000 people, political prisoners, are tortured in prisons by Lukashenka. They must be free, like the entire Belarusian people. Also Poles – Andrzej Poczobut, Andżelika Borys, or my young friend Siarhei Korshun. They must be free, and we must help them. We cannot turn our backs on them. The one who hijacks the planes is a terrorist. The one who causes the death of his own citizens or citizens of other countries is a criminal. The place of the terrorist and criminal is before the criminal tribunal in The Hague. And we must lead him there in solidarity, added Halicki.

Tomasz Frankowski (PO) from the same faction in the European Parliament said that “we are in solidarity with both the victims of the Lukashenka regime, who found themselves in a border trap, and the imprisoned and repressed Belarusian opponents.” – Only joint pressure on Lukashenka will lead to the cessation of violence and risking the lives of innocent people – he assessed.

Thun: Many of us focus solely on the humanitarian drama

MEP of Poland 2050 Róża Thun (Renew Europe) said that “many of us focus only on the humanitarian drama on the Belarusian-Polish or Belarusian-EU border.”

– This conflict on the border is very convenient for Lukashenka, because it distracts from the crimes he is committing against the citizens of Belarus. And there are more political prisoners in Belarus today than in Russia, and no European leader can at any meeting remain silent about the crimes committed by the criminal regime of Lukashenka, she continued.

According to her, “it is forbidden to talk either about the situation at the border, or about terror, violations of fundamental rights inside Belarus, because it is not either-or”. – That’s the sum. Total casualties of Lukashenka supported by Putin. The victims are citizens of Belarus or other countries brought to this particular border. Is there anyone else who does not understand that only together, while respecting common European law, that only this European community can stop these cruel madmen? – asked the MEP.

Videogames entered his life in the late '80s, at the time of the first meeting with Super Mario Bros, and even today they make it a permanent part, after almost 30 years. Pros and defects: he manages to finish Super Mario Bros in less than 5 minutes but he has never finished Final Fight with a credit ... he's still trying.
Previous Dynamo – Bayern. Lewandowski is waiting for the amazing record of Cristiano Ronaldo
Next Wirtualna Polska – Everything important