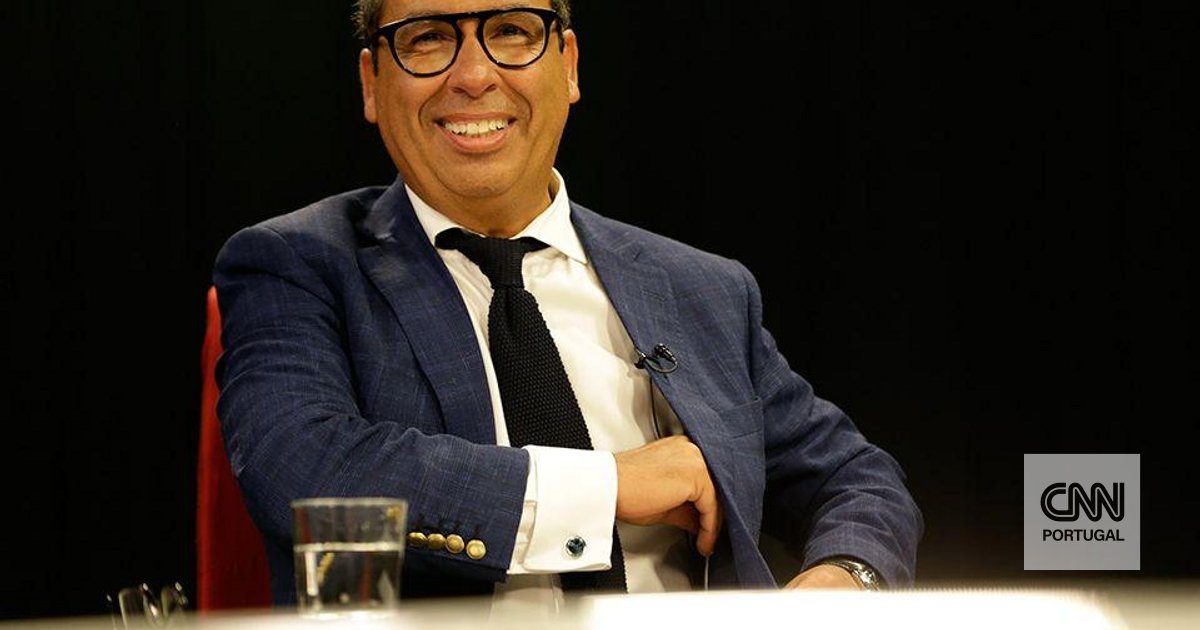 I have a confessed admiration for CRISTIANO RONALDO as a footballer and also for the way he asserted himself in the world football scene.

In that aspect and in football CRISTIANO RONALDO is practically unsurpassed.

I am particularly sensitive to people who are given an opportunity and they take it to make a sustained career. In progression, for the talent but also for the work and dedication.

CRISTIANO RONALDO is an example of this: he was born in a poor environment, in Madeira, had an opportunity to join a great Portuguese club (Sporting) and then worked hard, under the tutelage of ALEX FERGUSON, to reach a level of excellence.

It owes its start to talent, but also to AURÉLIO PEREIRA (the ‘lion’ of foundations), one of the best people I’ve met in football.

There was a time when the young CRISTIANO only had eyes for his imagined idol RONALDO and priorities were all channeled towards the objective of growing and improving in order to enter the history of the king’s sport.

This was the key to success: focus on the footballer RONALDO (and only later on the person CRISTIANO) and an almost obsession with doing more and better. More training, more gym, more abs, more everything. And with that came the sporting affirmation, the records and the millions.

One thing that people like to criticize — a certain cult of individuality — worked for CRISTIANO RONALDO as a springboard to fame and profit.

Furthermore, CRISTIANO RONALDO (CR) has become a modern football player (completely adapted to the system) but also a brand associated with the demands of a technological and commercialized society.

A few days ago, in Liverpool, RONALDO was betrayed again by CRISTIANO. It wasn’t the first time (everyone remembers the CMtv microphone that flew into the pond, in 2016, among other duly noted incidents), but the ‘cursed gesture’ of the Manchester United player, slapping the cell phone that a teenager and an Everton fan held in his hands, it was an ugly thing that doesn’t fit with so many blessed gestures, even humanity, carried out by the Portuguese international.

The ‘Save The Children’ foundation took a firm stand and stopped counting on CR as its ambassador, considering the attitude not compatible with the values ​​it defends.

CRISTIANO RONALDO was hot-headed, United had just recorded yet another defeat with the team and CR in white, the Portuguese ace limped out and frustration took hold of him, to the point of unleashing his fury on a young (autistic) who registered the taking the players to the changing rooms, naturally happy with the result achieved by Everton.

CRISTIANO RONALDO’s frustration is not just about the poor performance of his team (23 points away from City, from the same city!!!), but also not being able to make a difference individually, which – in such an evident way – It’s the first time it’s happened in your career.

CRISTIANO RONALDO is a super footballer (I still think it’s very unlikely that another one will appear in Portugal with the same ability to overcome, with talent and on a planetary level) but he’s not a superman.

He is not managing to approach the end of his career (after Juventus, with him, have failed to become European champions again) and this puts CRISTIANO in conflict with RONALDO.

It is good not to forget having had to say publicly that it is he who decides when he will withdraw from the National Team, positioning himself above the FPF and the coach, but it is elementary to understand that it was also the FPF and the coach who put themselves at orders from CRISTIANO RONALDO.

CRISTIANO has to be the first to understand that he cannot betray RONALDO and it would be good if his communication device convinced him not to let this opportunity pass without a stronger position of retraction (no, an apology through social networks is not enough ) because what he has done, professionally and personally, is too grandiose to allow such an ugly and compromising stain.

RONALDO needs CRISTIANO’s help, but CRISTIANO also needs to let RONALDO understand that everything has an end. No drama.

The drama is in Ukraine and I would also like to have seen CRISTIANO RONALDO — with the media power he has — much more active.

Supermen only in comics.

Videogames entered his life in the late '80s, at the time of the first meeting with Super Mario Bros, and even today they make it a permanent part, after almost 30 years. Pros and defects: he manages to finish Super Mario Bros in less than 5 minutes but he has never finished Final Fight with a credit ... he's still trying.
Previous Adam Sandler and the Safdies together again after Uncut Gems
Next controversy over Doctor Strange 2 merchandise. Here comes the modified version [FOTO]