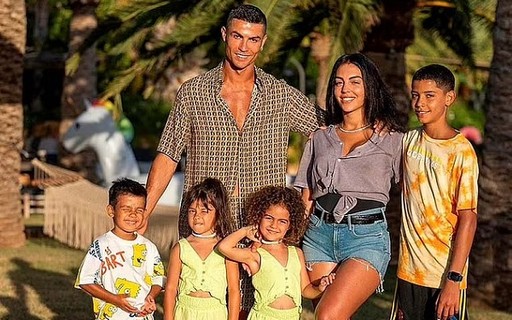 Football player Cristiano Ronaldo, 37, spent his last days of vacation with his family in a private villa on the paradise island of Mallorca, Spain.

The Manchester United star, who returns to training on June 27, has been there since June 14 alongside his partner Georgina Rodriguez and their five children: Cristiano Jr, 12; the twins Eva and Mateo, 5 years old; Alana, 4 years old; and Bella Esmeralda, the youngest daughter of the ace, with just over two months, does not appear in the photos.

According to what was revealed by the Daily Mail, Ronaldo and his family made some trips with their yacht while they were in Mallorca, in addition to meeting some friends who are also staying on the island.

In addition, the star even did some training at the facilities of the local football club, Real Mallorca, currently in the top flight of the Spanish Championship, to keep in shape for the new season of European football, which will begin in the next few days with games of pre-season.

Videogames entered his life in the late '80s, at the time of the first meeting with Super Mario Bros, and even today they make it a permanent part, after almost 30 years. Pros and defects: he manages to finish Super Mario Bros in less than 5 minutes but he has never finished Final Fight with a credit ... he's still trying.
Previous All the live-action adaptations Disney plans to release
Next “I accepted to impress my children”