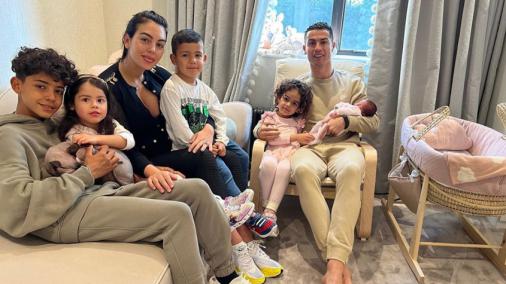 The wife of Manchester United star Cristiano Ronaldo, Georgina Rodríguez, posted photos and revealed the name of the couple’s newborn daughter, who came into the world on the 18th of April and that she would be the twin of a boy, who died in childbirth..

In a post on social media, the influencer called the baby ‘Bela Esmeralda’, revealing the girl’s name. She is the fifth child of CR7 who also has Cristiano Ronaldo Jr, twins Eva and Mateo and Alana Martina.

Cristiano had already posted a photo with the girl on his social networks. On the day of the birth of little Esmeralda, he shared with his followers the sadness of losing one of the twins. That weekend, CR7 received support from fans in several stadiums in England and also on social media.

Videogames entered his life in the late '80s, at the time of the first meeting with Super Mario Bros, and even today they make it a permanent part, after almost 30 years. Pros and defects: he manages to finish Super Mario Bros in less than 5 minutes but he has never finished Final Fight with a credit ... he's still trying.
Previous Bangs, which and how many types are there? How to find the most suitable one
Next Cristiano Ronaldo scores and seeks a draw for Manchester United against Chelsea