The movie “Cruella” takes place in the 70s and is heavily saturated with them. The music that draws the most attention is based on the greatest hits of that period. There are so many melodies that at some point they become a separate entity. They blend in with the voice of the main character, who is the narrator of the story, which creates a really neat whole.

Young Estella dreams of becoming a fashion designer, instead spends her days planning petty robberies. From the very beginning, the viewer notices that the protagonist has a large dose of darkness, which, however, is able to restrain. Things get a bit more complicated when the girl meets Baroness von Hellman. Their acquaintance makes the dreamer’s quirks deeper, and the viewer watches the birth of Cruella De Mon.

Interestingly, as the personality of the main protagonist changes, the pace of the film also changes. It gets nervous, unpredictable and really surprising. “Cruella” also has some really dark moments that you would not find in previous Disney films that were based on animation. The creators have made every effort to make the viewer feel surprised in some moments, although the story of the heroine should know perfectly well from “101 Dalmatians”.

The article continues under the video.

“Cruella”: Two Emmas are better than one

Emma Stone, who plays Cruella, had a real challenge. Until now, everyone associated De Mon with the role of the phenomenal Glenn Close from the production of 1996. The icon of the cinema made the character have a completely different face, and its creation became legendary. Luckily, Stone knew exactly how to get up to the task and did a great job. Her Cruella is even more terrifying and unpredictable. The actress breathed new life into the heroine.

Emma Thompson, who honored the fans with the role of Baroness von Hellen, also deserves a standing ovation. Although she is a supporting character, these few moments with her participation are a masterpiece. When it appears on the screen, the other heroes do not matter. The creators have made every effort to ensure that the mentoring relationship between the teacher and the student is maintained almost until the very end. Even when things get a little out of hand.

“101 Dalmatians” is just the starting point for the latest Disney production. Of course, there are moments when director Craig Gillespie had no choice but to refer to the original, but for most of the screening viewers will be surprised by the plot.

When mentioning Cruella, it is impossible not to refer to the costumes that take your breath away. The costume designers did everything to make Estella look phenomenal in each of the scenes. The costumes are rich, solidly made and mostly … black and white. It’s a crazier and crazy version of the iconic “The Devil Wears Prada” with a nice twist. Somewhere the same energy that was driving that production has been preserved. 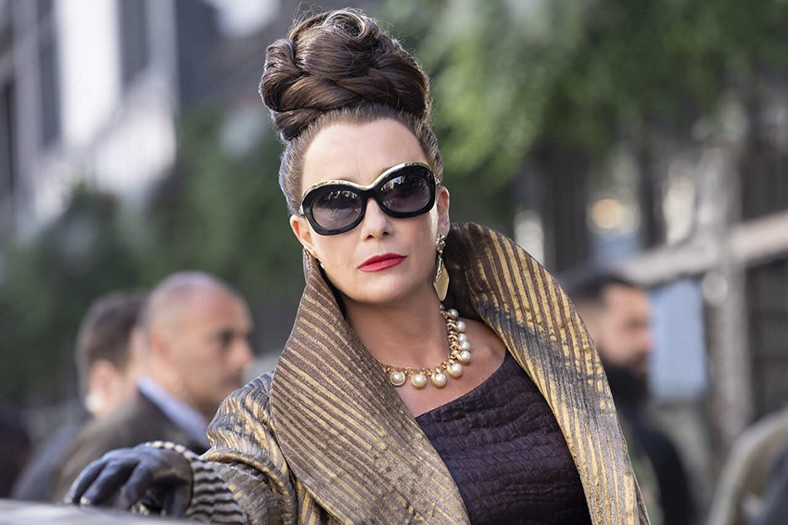 Emma Thompson as Baroness in “Cruella”

De Mon also seems to move with the times. The creators stripped her of one of the attributes that was the hallmark of the anti-heroine. Cruella quit smoking. Unfortunately, in the latest Disney production we will no longer see long barrels and smoke, which often created a unique atmosphere. Well, they probably wanted to show that smoking is no longer fashionable, but is it time to kidnap dogs and transform them into fur? The cigarillos made De Mon seem even more unbalanced. Or maybe the cigarette will appear in the next parts? After all, we do not know when the fashionable queen started smoking. And I can assure you – the next parts will be created for sure.

“Cruella” is primarily a film that the youngest should go to see with their parents. Some scenes are really dark and may be a bit of a thrill. I waited a long time for this film, fearing that it would not live up to my expectations. Today I can confidently say that this is the best acting rework we have had the pleasure to see so far. If the next productions go in such a positive direction, I am full of hope. What the Joker was in the Batman universe, Cruella is to Disney.