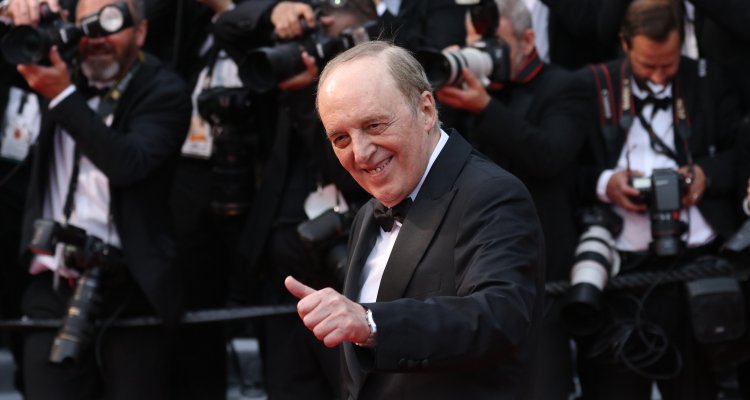 Dario Argento welcomed like a rock star in New York, sold out the first weekend of the review on him

Dario Argento welcomed like a rock star in New York, sold out for the first weekend of programming of the review co-produced by Cinecittà and Film at Lincoln Center.

Dario Argento received avery warm welcome in the first weekend of programming of the review of his films restored by Cinecittà at Lincoln Center in New York. An enthusiastic young audience greeted him with an ovation and long applause at every appearance of him.

At the end of the screening of The Bird with the Crystal Feathers, the director spent a lot of time with the audience, which was followed by a long Q&A session, in which, about the role of women in his films, Argento has revealed: “My mother was a very famous female portrait photographer, from her I learned how to light up faces, how to make them beautiful, enhance them, when I was on the set I remembered everything I had unconsciously absorbed when I went to her studio after school and I made them protagonists and emancipated them “.

All the films of Dario Argento, from worst to best

The Bird with the Crystal Feathers was introduced by Dennis Lim, program director of the Film at Lincoln Center, an institution of reference in the world for the quality of the programs offered, and by Chiara Sbarigia, President of Cinecittà. Both recalled the 30 years of joint collaboration and the great results, both in terms of visibility and commercial, brought about by the rediscovery of Italian classics. The latest series, dedicated to Luchino Visconti, recorded 12,000 admissions and, to date, is the most successful series of the Film at Lincoln Center ever. A success that Dario Argento could equal.

The “BEWARE OF DARIO ARGENTO: a 20 retrospective film” exhibition, in which you can admire the brand new 4K restorations, specially made by Cinecittà, will continue at the Lincoln Center in New York until 29 June. Speaking of the restoration, Dario Argento stated: “The restoration carried out by Cinecittà is of an incredible quality, they are almost more beautiful than when I shot them!”.

The exhibition will then move to Paris, Los Angeles and most of the United States, to then also touch the main cities of South America, Europe and Asia.

Black glasses, Dario Argento: “I completed the film after twenty years thanks to my daughter Asia”

The presentation of the book Dario Argento at the Italian Cultural Institute also had great success. Two or three things we know about him edited by Steve Della Casa, published by Cinecittà and Electa.

Curated by Paola Ruggiero, Camilla Cormanni and Marco Cicala of Cinecittà and Madeline Whittle and Tyler Wilson of Film at Lincoln Center, in collaboration with the Italian Cultural Institute, the retrospective is bringing to the American public some of the most iconic films by Dario Argento: The bird with the crystal feathers, The cat with nine tails, 4 gray velvet flies, The five days, Deep red, Suspiria, Hell, Darkness, Phenomena, Opera, The black cat, Trauma, Stendhal’s syndrome, The ghost of the opera, I am not sleepy, The card maker, Do you like Hitchcock, The third mother, Dracula 3D. The Lincoln Center program will also host the North American premiere of Black Glasses.

David Martin is the lead editor for Spark Chronicles. David has been working as a freelance journalist.
Previous Morgane Bujoli chosen as Daniela Melchior’s duo in the “Furious Speed” saga
Next Mark Zuckerberg announces the arrival of couture to the metaverse with digital store – Marie Claire Magazine

Hosted within the Ammutinamenti Festival in Ravenna, the three days of dance and exchanges of …