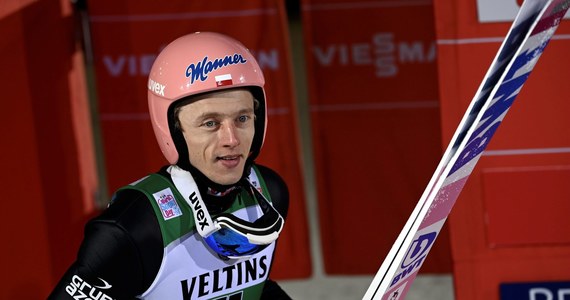 Mustaf landed at the 110th meter. As he assessed, the wind on the hill was a bit “mixed up”.

– We have lottery conditions. This jump was also a bit late. As for the first jumps in the snow – there is no tragedy – he judged “hot” in front of the “Eurosport” camera.

– Tomorrow we have a day to fight, better weather is promised, better conditions, so I believe it will be fun – he announced.

Later in the conversation, when Kubacki admitted that he would like to jump further, a funny situation occurred. – It is known that one would like to jump “to the very bottom” and be lucky as a colleague a moment ago … – he said, referring to the competitor who was just landing on the landing hill.

“Colleague Stoch,” said Kacper Merk who was leading the conversation.

– He won? He is quick on money – a player from Nowy Targ joked.

David Martin is the lead editor for Spark Chronicles. David has been working as a freelance journalist.
Previous Crisis on the Polish-Belarusian border. Government spokesman Piotr Müller: Prime Minister Mateusz Morawiecki will have a series of meetings in European capitals regarding Central and Eastern Europe
Next In December, the first new platform of West Warsaw. The rest later