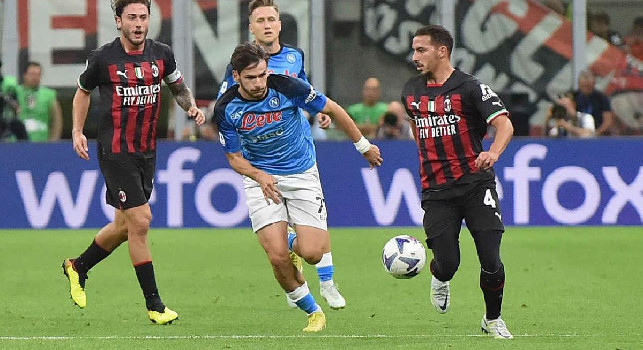 “De Zerbi? No requests in Italy. Kvaratskhelia? I was expecting a similar impact …”

Carlo Nicolini, sporting director of Shakhtar Donetsk, spoke at “1 Football Club”, a radio program hosted by Luca Cerchione broadcast on 1 Station Radio. Below, an extract collected by the editorial staff of IlSognoNelCuore.com:

Nicolini on the latest football events

Are you still the Shakhtar ds? “I’m still the director of the Ukrainian club, it seemed to me the most humanly correct choice. It was too complicated a situation to abandon everything.”

How do you find the concentration you need to play? “It is difficult, but we try to convince the boys to continue playing for their people. It would make no sense to carry a gun. They, like all the people of the country, need joy and hope. Despite the immense difficulties, the club’s revenues they are intended for local hospitals to support an entire nation. Football is a way to maintain Ukrainian identity. “

Comment on De Zerbi’s decision to land in the Premier? “Roberto behaved like a man and a professional, because we left Ukraine after sending all the Brazilians away. We found a common agreement to allow the coach to make other decisions. It was a pain for us, also because we believed. in his football ideas, in a couple of years Shakhtar could have done a lot in Europe. In the end we were happy that De Zerbi has married to Brighton, Italy has let a coach with great potential slip away for the second consecutive time ” .

Wasn’t there a poll by any Italian club for Roberto? “There was no official request. I also proposed De Zerbi to Juve, but then Brighton came forward with an important project. The bianconeri lost a great opportunity, it would have been the right time to sign him.”

All of Europe is talking about Kvaratskhelia … “I expected a similar impact from the Georgian, there are also other talented players who are more ready. I am happy for the growth of the boy and of Eastern football.”

Can some of the Italian clubs stand out in Europe? “It depends on the will of the coaches and the teams. The Italian clubs should take Roma as an example, after the success in the Conference last year. Potentially they can do well, especially in the Europa League. In other countries the cups are real goals, in Italy , however, the situation is different. This is the reason why the performance of the Italian teams is fluctuating outside the national borders “.

David Martin is the lead editor for Spark Chronicles. David has been working as a freelance journalist.
Previous brand new practical guide to reading your bill
Next Largo Veratti, the “popular” corner between occupations and illegal activities from where the punitive expedition of San Camillo was born