The Antitrust Authority has issued precautionary measures against energy companies Iren, Iberdrola, E.ON and the Dolomites for illegitimate unilateral changes at the price of electricity and natural gas supply at the end of the investigation started on Last October 19th. Now the four companies will have to immediately apply the original offer conditions and allow to return the supply to the original conditions; Dolomiti and Iren suspend the illegitimate notices of modification of the economic conditions of the offer.

The Antitrust Authority notes that after starting the investigations to ascertain the existence of an incorrect practice and representing the related precautionary needs, none of the companies adequately justified their conduct, nor did it decide to modify it, thus persisting for all the precautionary requirements. Especially the Spanish Iberdrola and the German E.ON have communicated to users the resolution of the supply contract due to excessive costs occurring, unduly conditioning consumers to accept a new contract at far worse economic conditions or to switch to alternative supplies. More specifically Dolomites (also participated by the municipalities of Trento and Rovereto, ed) improperly deemed the communications valid of unilateral modification of the supply price sent before the entry into force of the Aid Decree bis (10 August 2022), while the rule is without prejudice to unilateral modifications “Perfected” or actually applied before the same date. Iren (owned by the municipalities of Genoa, Turin, Reggio Emilia and Parma) unduly communicated to customers the expiry of the offers at a fixed price to apply new and worse conditions of supply, replacing the previous communications of unilateral modification of the economic conditions with new communications also prohibited by the Aid Decree bis. 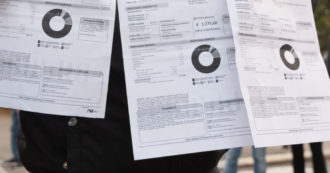 Dear bills, Antitrust investigations on 4 electricity and gas supplier companies: price changes are in the sights. Requested information from 25 others

For these reasons, the Authority has ordered: towards Iberdrola and E.On, the obligation to apply the original offer conditions, in favor of consumers who have signed new contracts at pejorative conditions; to allow consumers who, following termination, have chosen a new supplier or have been transferred to supply under the safeguard regime to return to the supply at the original conditions. Against the Dolomites and Irenthe suspension of illegitimate communications of unilateral modification of the economic conditions of the offer maintaining, until April 30, 2023, the supply price applied prior to August 10.

Towards the four companies, the obligation to inform consumers, individually and in the same way as previously, about the ineffectiveness of communications sent and on precautionary measures. The companies must notify the Authority, within 5 days, of the measures adopted to comply with the precautionary measures. The Authority is also in waiting for the information requested from the other 25 energy companies (A2A Energia, Acea Energia, AGSM ENERGIA, Alleanza Luce & amp; Gas, Alperia, AMGAS, ARGOS, Audax Energia, Axpo Italia, Bluenergy Group, Duferco Energia, Edison EnergiaEnegan, Enel Energia, Engie Italy, Eni Plenitude, Enne Energia, Estra Energie, Hera Comm, Illumia, Optima Italia, Repower Italia, Sinergas, SorgeniaWekiwi) regarding the conduct they adopted after 10 August and any changes in the economic conditions of the offer.

The variety offered by video games never ceases to amaze him. He loves OutRun's drifting as well as the contemplative walks of Dear Esther. Immersing himself in other worlds is an incomparable feeling for him: he understood it by playing for the first time in Shenmue.
Previous Schillaci, reinstatement of doctors suspended for vaccine default – Last Hour
Next our advice for each game, who to field and who to avoid – SOS Fanta