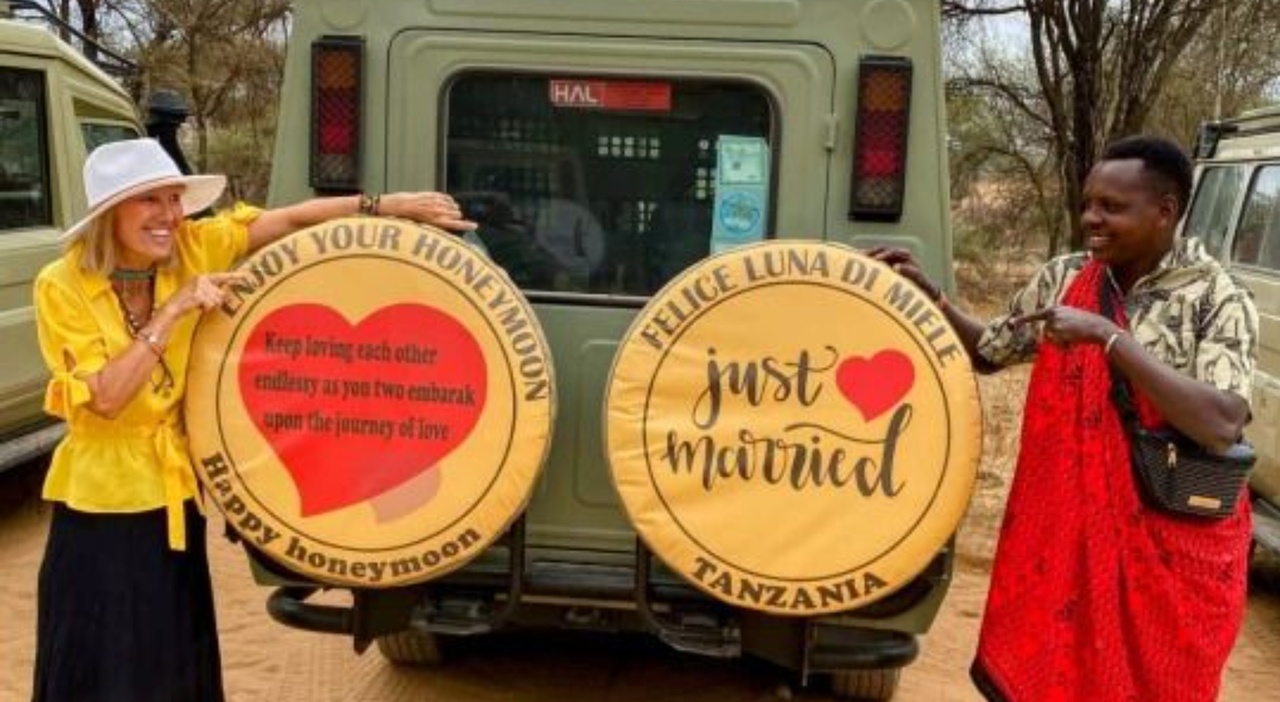 
For Deborah Babu and her husband age is just a number. And their love story is going around the world. Deborha, in fact, is a 60-year-old American woman who has decided to move 15 thousand kilometers from her home to marry a 30-year-old she met on the beach in Tanzania. A love story which is conquering the web and not only that, with the two who say they can’t be happier than that.

Read also> Sadie, the drama told on TikTok: all four limbs are amputated for a kidney stone

Deborah never imagined that, while on vacation, she would meet the man of her life: Saitoty Babu, 30 years younger. It all happened in 2017, when the woman went to Tanzania with her 30-year-old daughter Royce. That day, mother and daughter were walking on a beach a Zanzibarwhen they met two But you know, among whom was her future husband. Deborah asked them if she could take a picture with the two, as it was the first time she had seen two Masai warriors. Soon after, Saitoty, with whom the woman had started chatting, asked her to send him her photo, thus keeping in touch with her by phone.

The next evening, while spending time together, something had already clicked between the two, but Deborah didn’t feel like making an acquaintance with a young man of her daughter’s age. Despite this decision, Saitoty followed her to Sacramento, California, where the woman lived. When he returned to her country, the two continued to talk regularly and he, on several occasions, offered her the marriage. Saitoty wanted at all costs to marry Deborah.

The role of Deborah’s children

Deborah’s children, meanwhile, encouraged their mother to marry him, as long as he paid her back happy. Thus, the woman was convinced and accepted the proposal of marriage at the end of December of the same year. The two got married in June 2018, through a traditional ceremony. Legally, however, the marriage was then celebrated in July 2022. The couple hopes, in the near future, to be able to marry following the royal Masai tradition, thus involving family And tribe of both spouses.

Deborah Babu told the British tabloids: “I didn’t expect to find husband and to marry someone much younger than me, I couldn’t be happier, he’s so kind and thoughtful. ‘ But age, in some cases, is just a number and Saitoty has made it known that “the age difference will not stop our love and care I have for my wife, Deborah.” And now the couple lives in their mud house in Tanzania.

Videogames entered his life in the late '80s, at the time of the first meeting with Super Mario Bros, and even today they make it a permanent part, after almost 30 years. Pros and defects: he manages to finish Super Mario Bros in less than 5 minutes but he has never finished Final Fight with a credit ... he's still trying.
Previous “This season will be difficult”, then the surprise comment on the renewal
Next Demore Barnes returns in Law & Order: Special Unit