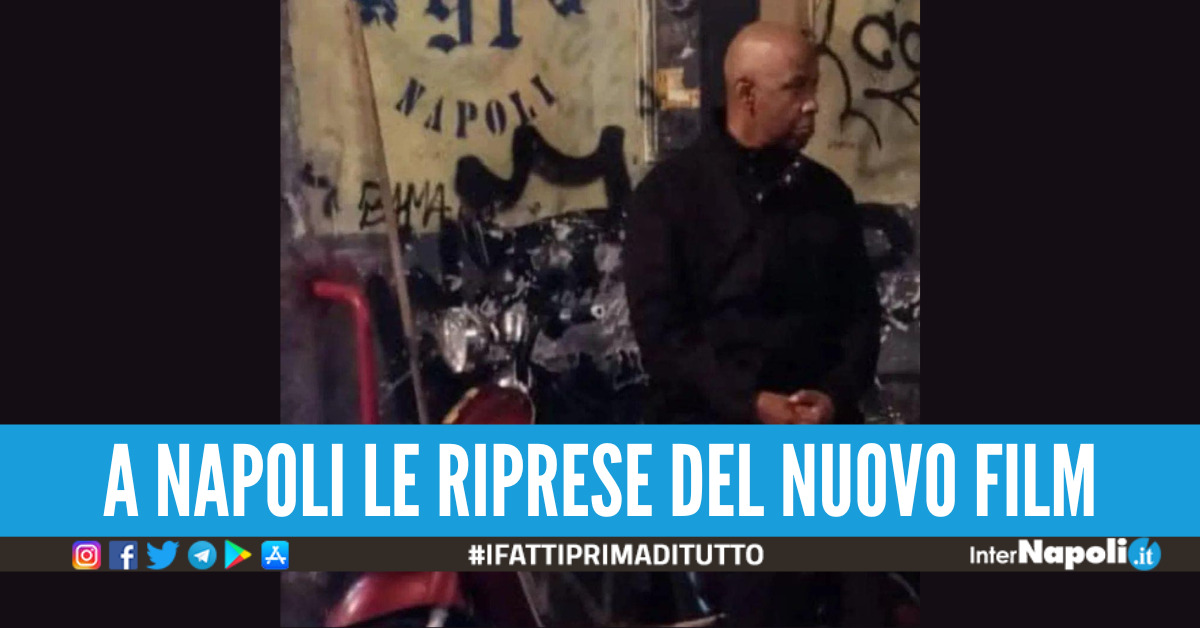 Denzel Washington in the Spanish Quarters, the photo in front of the mural goes around the web

The shot that portrays the Hollywood star Denzel Washington in the Spanish Quarters is making the rounds on the web. The famous actor is in Naples to shoot the third chapter of The Equalizer saga and his ‘sightings’ in the Neapolitan alleys are now the order of the day. The photo, in particular, immortalizes Denzel leaning on a scooter in the evening. Behind him one of the typical murals of the Napoli ultras.

Denzel Washington in Naples to shoot The Equalizer 3: also on the set Dakota Fanning and Gaia Scodellaro

The film The Equalizer 3 with Denzel Washington, Dakota Fanning and Gaia Scodellaro is filmed on the stairs of the Montesanto funicular and in the historic centre. Four days of film shooting, from 23 to 26 November for the American production, branded Sony Pictures, which is directed by Antoine Fuqua. The film set will develop from the Montesanto area to Corso Vittorio Emanuele. But other areas of the historic center were also chosen as locations, such as via Sedile di Porto and via Sant’Aspreno.

The film almost entirely shot in Campania, which are the locations of the set

The film with Denzel Washington began shooting last September and is mostly shot in Campania. It ranges from the Amalfi Coast with Atrani, Maiori and Minori to the center of Naples, with Piazza del Gesù, Montesanto and many characteristic alleys. Denzel, last October, took advantage of the location to visit Positano with his family, among the pearls of the coast, and dine in some restaurants with delicacies of Campania cuisine, such as at Chez Black where he was immortalized in some photos.

David Martin is the lead editor for Spark Chronicles. David has been working as a freelance journalist.
Previous Benoit Blanc in the footsteps of Poirot. On Netflix from 23.12 “Glass Onion. Knives Out” by Rian Johnson with Daniel Craig / Screens / Columns / Home
Next NBA 2K18 PC Free Download Full Version