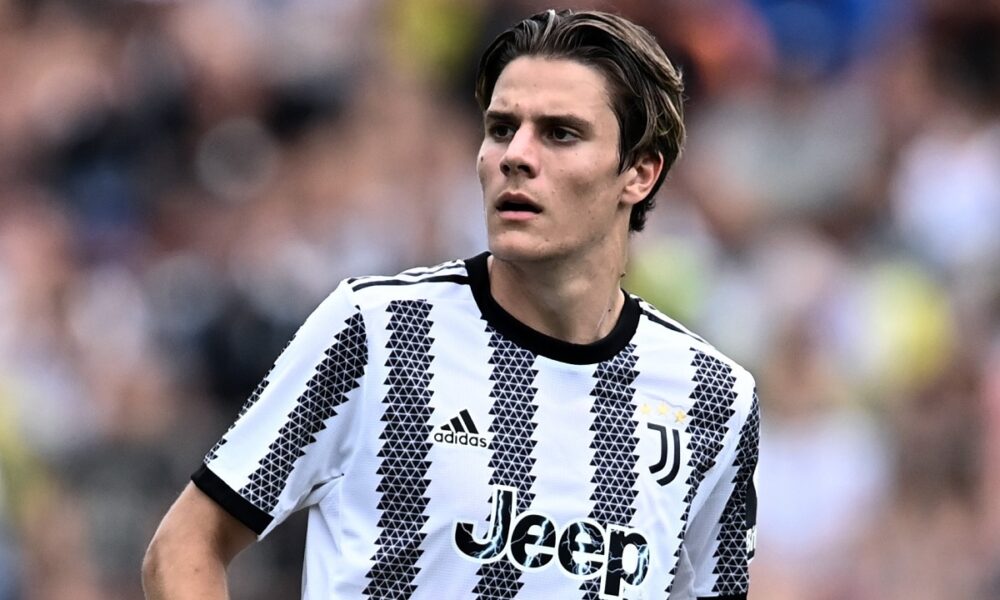 details and duration of the contract

Renewal of Fagioli Juve, OFFICIAL: details and duration of the new contract signed by the midfielder with the Juventus club

As anticipated in recent days by Juventusnews24, the definitive meeting for the renewal of Nicolò Fagioli was scheduled for today. Through its official channels, the Juventus club has announced the signature of the midfielder, who extended with the Old Lady until 2026.

THE COMMUNICATION – Now it’s official. Nicolò Fagioli has renewed the contract that will bind him to Juventus for the next four years, until 2026. A great satisfaction for him, who returned at the end of June from the loan to Cremonese and we want to start from this last parenthesis that saw him protagonist throughout the 2021/2022 season, a year in which he played an important role in the path of Lombard training. In fact, Nicolò contributed to Cremonese’s jump in Serie A with high-level goals, assists and performances. He went into double figures scoring 3 goals and providing 7 assists in 33 appearances. Important numbers, made even sweeter by the final epilogue: promotion to the top flight at the end of an extraordinary ride.

David Martin is the lead editor for Spark Chronicles. David has been working as a freelance journalist.
Previous investors scream scam
Next Cash voluntary and “incremental” flat tax: this is Giorgia Meloni’s tax plan