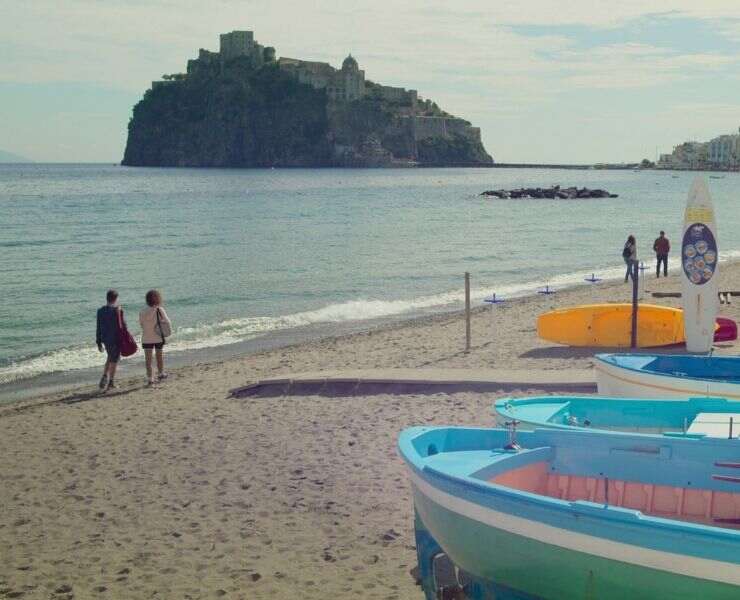 Di4ri is the first Italian experiment for Netflix in the pre-adolescent field. The TV series, to be released on May 18, is set on an island and tells the story of a group of boys grappling with first loves, joys and sorrows. The soundtrack is signed by Tancredi.

We have all experienced that period in which we are neither too big nor too small, a limbo represented very well by Di4ri. It’s about the first Italian pre-adolescent TV series made for Netflix, visible in streaming. Created by Stand By Me, the story is set on an island which, although not well identified, has chosen the breathtaking scenery of Ischia.

The story follows the adventures of eight kids who attend the secondary schoolthey are classmates of 2D and face all that phase in which it is necessary to experiment to understand one’s future. Mirkofor example, has a soft spot for music. Danielon the other hand, understands that he likes boys. Peter is not afraid to challenge the bully, while Livia lives with the weight of other people’s expectations on his shoulders. The TV series consists of 15 episodes and each is told from the point of view of a character, who breaks the fourth wall and speaks directly to the viewer, establishing an important and thoughtful dialogue.

They employed eighteen weeks to turn Di4ri, about four months of side by side work to stage a glimpse of life that we are all aware of but that few talk about, at least on the big and small screen. The actors in the cast are almost all rookiesexcept Andrea Arruwho plays Peter, e Liam Nicolosi, who plays Julius. But they both agree when they explain that Di4ri it is the most important project realized so far. Even if Andrea is clear what he wants from his future. “My dream is to become an actor, I hope to continue my career by studying. A role I would like to play? A comedic one if I may venture“, said the young actor. All extremely young, the protagonists of Di4rithey have to handle all of that pre-adolescent stage made up of first crushes, first kisses, problems with school, bullies, parental expectations, the anxiety of growing up and the terror of the future. Just as there is a lot of talk about solitude And acceptance. Topics important characters brought to the surface by very young characters, but this does not mean that the series is less suitable for a more adult audience, such as that of parents. “It’s a modern, new series. It’s a true cross-section of Italian boys’ middle school, an adult can see it and understand real episodes that exist among boys“, tells Peter Sparvoliwho plays Mirko.

Biagio Venditti, for example, talks about Daniele and his coming out. “There may be situations in which paranoia arises as kids, I hope Daniele can be an example for all those boys and girls who need to come up with something. I think my character is a liability and can be an example for all those who can see themselves in him“. A TV series in which there is a lot of talk about friendship“but the real one, because perfect friendship is fake, it doesn’t exist”Liam points out. But also of passions, such as the one for the music.

Voice of Friends of Maria De Filippi, Tancred he made the soundtrack of the TV series, entitled Islands, and allowed himself several cameos within the story. This is his first experience as an actor. “Not brand new because when I was little my stepbrother involved me in a movie he was making, but I don’t remember much. This was the first relevant experience and it was a lot of fun”. Passionate about TV series, Tancredi said he has a soft spot for manga and have just finished Snowpiercer. About the soundtrack made for Di4rithe singer of Friends he recounted: “When the trailer arrived I was excited, tears were slipping away. It’s nice because the music gets even louder when it comes into contact with the images, I felt it“.

The idea of Di4ri is taken from true storiesas he points out Simon Herculaneum by Stand By Me.”We wanted to tell the individuality of these kids in such a particular phase of life that is not normally considered. Middle school is passing through and instead it is a fundamental moment in the growth of a person, one is very restless and the true individuality of the adult who will be tomorrow is formed.” And the setting? Despite having shot most of the scenes outdoors on the island of Ischiathat in Di4ri it is simply the Island, that of the protagonists, for which it has no name. As Simona of Stand By Me explained, the references to Marina Piccola and Marina Grande are just that, references.

David Martin is the lead editor for Spark Chronicles. David has been working as a freelance journalist.
Previous Mega Man 11 PC Game Download Full Version
Next Amber Heard is restless, is a new trial approaching for the actress? All the details