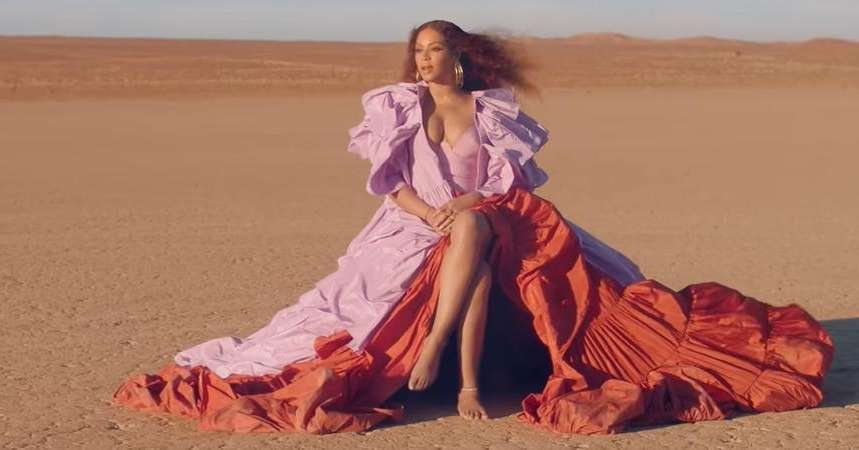 Did you feel the impact? 7 times Beyoncé broke the internet

Did you feel the impact? 7 times Beyoncé broke the internet
The singer is back in the music world and once again ‘stopped everything’ on social media with the release of ‘Break My Soul’

It’s no secret that Beyoncé likes to make an impact. The singer is used to making announcements, statements and publicizing releases that take fans by surprise and give something to talk about on social media. Netizens can’t comment on another subject when Queen B is in high gear. Remember 7 times the diva broke the internet.

Pregnancy Announcement at the VMAs (2011)
Revealing a pregnancy to the whole world live is something for few stars, right? During the 2011 VMAs, Beyoncé performed with the hit Love On Top and, at the end of the performance, she opened her pantsuit and caressed her belly, confirming that she was pregnant with Blue Ivy. The scene entered the history of world TV.

Super Bowl (2013 and 2016)
Beyoncé twice participated in the most watched event on US TV, the Super Bowl, the final of the American football championship. The respected halftime show of the match features top artists and Bey was chosen to lead the 2013 edition, in a true parade of some of her biggest hits, lots of choreography, impressive vocals and breathtaking visuals. In 2016, Beyoncé broke the internet again because of the Super Bowl, this time by appearing by surprise alongside the band Coldplay and singer Bruno Mars. On the occasion, she sang the hit Formation and joined the other artists to perform Fix You and Up & Up.

Surprise album (2013)
Beyoncé made a real revolution in pop culture by releasing a surprise visual album that bears only her name as its title. Without any notice, the singer released the work that has hits like Pretty Hurts, Partition, XO, Drunk in Love, with her husband Jay-Z, and Flawless, which won a remix with Nicki Minaj. In addition to having managed to keep the album a secret, the singer was able to record videos for all the tracks without anyone finding out. The project won three Grammy Awards. The marketing behind Beyoncé’s promotion inspired many artists in the following years.

Release of Lemonade (2016)
Beyoncé’s next work also made an impact as it was more of a visual album, with clips for every track, almost forming a film. Once again, the element of surprise helped make the promotion even more powerful, with Bey shocking the world by announcing the album on the same day as its release. Lemonade features hits like Formation, Hold Up, Sorry, Freedom, with Kendrick Lamar, and Don’t Hurt Yourself, with Jack White. The work won two Grammy Awards.

Announcement of twin pregnancy (2017)
The singer also put on a big production to reveal to the world that she was pregnant again, this time with twins. Also without any prior news, Bey appeared with her big belly in a photo shoot full of flowers. The star posed with Rumi and Sir when they were a month old, in another shoot on the same theme. The photos gave the world a lot to talk about.

Beychella (2018)
Beyoncé’s performances at the Coachella festival made a splash in 2018, and yielded the acclaimed show/documentary Homecoming. With a super production, Beyoncé enchanted the whole world and broke the event’s broadcast record, with almost 450,000 accounts watching simultaneously. During the two presentations, Beyoncé’s name was for days among the most talked about topics on social networks.

Renaissance and Break My Soul (2022)
Bey once again stopped the internet by announcing her return to the music business. Without releasing a studio album of her own since 2016’s Lemonade, she revealed that she will release the Renaissance project on July 29. The work is shrouded in mysteries and has already had its first song revealed, the single Break My Soul, which also broke the internet and became the most talked about subject in the world on social networks on Tuesday (21).

Videogames entered his life in the late '80s, at the time of the first meeting with Super Mario Bros, and even today they make it a permanent part, after almost 30 years. Pros and defects: he manages to finish Super Mario Bros in less than 5 minutes but he has never finished Final Fight with a credit ... he's still trying.
Previous Spider-Man: Accross the Spider-verse (Part 1), new details on the villain
Next Devils 2, the previews of episodes 1 and 2 of the TV series