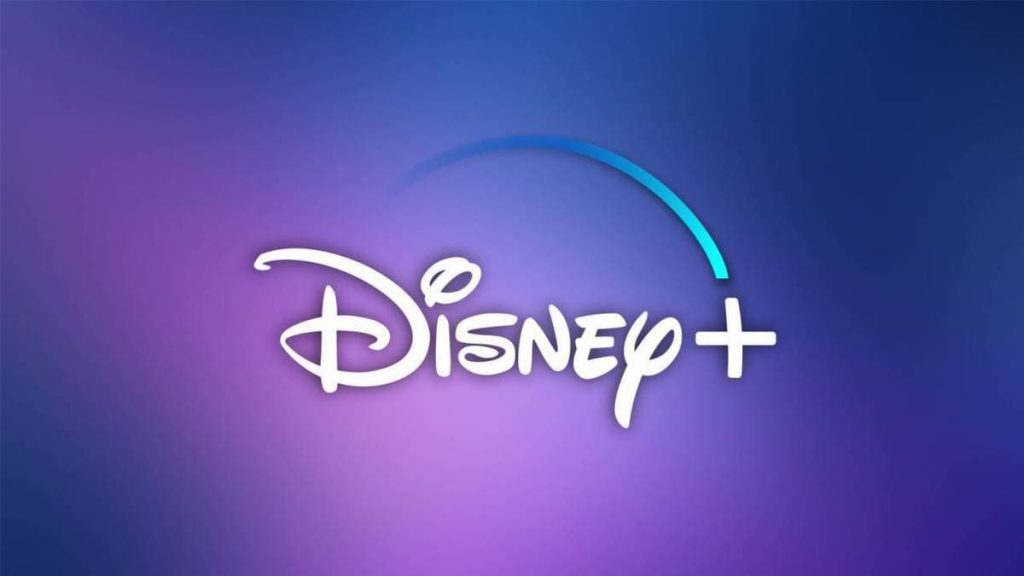 The highly anticipated Welcome to Wrexham, Rob McElhenney and Ryan Reynolds’ docuseries will arrive on Disney + later this year. Among the exclusive series that will debut on the streaming platform in the next 12 months are Mikeby the team of Tonya, The Old Manwith Jeff Bridges, John Lithgow, Amy Brenneman and Alia Shawkat, e Limitless with Chris Hemsworthin addition to the new seasons of American Horror Stories (season 2) e Reservation Dogs (season 2) available soon. In addition, three new original Italian productions will debut in Italy in the next 12 months: the fourth season of the cult comedy series BORIS, The Good Mothersa choral and multifaceted series that tells the ‘Ndrangheta seen entirely from the point of view of women who dared to challenge it and ‘Ndrangheta, World Wide Mafiathe original project written and directed by Jacques Charmelot and François Chayé which for the first time tells the story of the Italian criminal organization in the form of docuseries.

Among the new films that will debut this year are The Princesswith Joey King arriving on July 1st, Not Okayavailable from July 29 and Preya first in the franchise of Predatorwhich will debut on August 5, in addition to Rosaline with Kaitlyn Dever, which will arrive later in the year.

Welcome to Wrexham is a docuseries that follows the dreams of the people of Wrexham when two Hollywood stars (Rob McElhenney and Ryan Reynolds) buy the property of the historic football club in the city that is in trouble.

The thrilling new drama series The Old Man will arrive exclusively on Disney + in the fall. Based on Thomas Perry’s bestselling novel of the same name, The Old Man stars Jeff Bridges, John Lithgow, Amy Brenneman and Alia Shawkat and centers on the character of “Dan Chase” (Jeff Bridges) who, after leaving the CIA, has lived in the shadows for decades. When a hitman tries to kill him, the old agent realizes that to secure his future he must reconcile with his past.

It will arrive exclusively on Disney + Fleishman is in Trouble by FX, based on the New York Times bestselling novel of the same name by Taffy Brodesser-Akner, starring Jesse Eisenberg and Claire Danes and directed by Jonathan Dayton and Valerie Faris (Little Miss Sunshine, Ruby Sparks, The battle of the sexes). Disney + will also be the home of the psychological thriller The Patient, which tells of Alan Strauss (Steve Carell), a therapist held captive by a patient, Sam Fortner (Domhnall Gleeson), who turns out to be a serial killer. The series is co-written by executive producers Joel Fields and Joe Weisberg (The Americans).

Also making its debut on Disney + is the animated film for adults Little Demon with Aubrey Plaza who, in the original version, lends her voice to Laura, a girl who after becoming pregnant with Satan (whose voice in the original version is loaned by Danny DeVito), tries to live an ordinary life in Delaware with her daughter antichrist, but is constantly hampered by monstrous forces.

A wide range of titles will debut on Disney + in the coming months, including Mikethe exclusive series from showrunner Karin Gist, creator / writer Steven Rogers and the team of Tonya. Produced by 20th Television, part of Disney Television Studios, the series tells the story of the hectic and controversial life of boxing icon Mike Tyson, played by Trevante Rhodes.

The new National Geographic series Limitless with Chris Hemsworth will arrive on Disney + in the next 12 months.

Several films will arrive on Disney + in the coming months, including The Princess, from 20th Century Studios, available July 1, starring Joey King as a beautiful and tenacious princess who, refusing to marry the cruel sociopath to whom she was betrothed, is kidnapped and locked up in a remote tower of the castle of the father; the Searchlight Pictures movie coming July 29th Not Okay, a satire that follows an aspiring aimless writer (Zoey Deutch) who fakes an Instagram-friendly trip to Paris in hopes of increasing her social media following, but unintentionally falls into a bigger lie than she ever imagined. Also, August 5th will come Preya new 20th Century Studios film in the saga of Predator set in the Comanche Nation 300 years ago and directed by Dan Trachtenberg (The Boys, 10 Cloverfield Lane).

Coming to Disney + too Rosaline, a new comedy about Shakespeare’s “Romeo and Juliet,” with the classic love story told from the perspective of Juliet’s cousin, Rosaline, who happens to be a former love of Romeo. The film stars Kaitlyn Dever and is directed by Karen Maine. 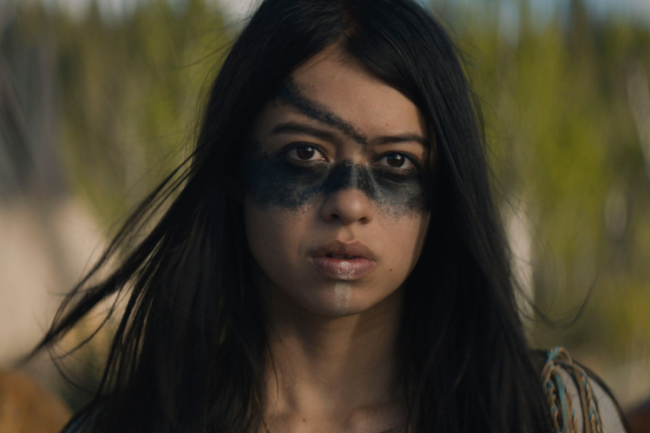 In the next 12 months, three new Italian original productions will arrive on Disney + in Italy.

After three seasons and a film, the cult comedy series BORISwritten and directed by Giacomo Ciarrapico and Luca Vendruscolo, returns with the fourth season to tell once again, with a satirical and unconventional language, the behind the scenes of the world of Italian cinema and television.

BORIS is an original Disney + series and is produced by Lorenzo Mieli for The Apartment, a Fremantle group company.

The Good Mothers is the new original Italian drama series that tells the true story of three women, who grew up within the fiercest and richest clans of the ‘Ndrangheta, who decide to collaborate with a courageous magistrate who works to destroy it. They will therefore have to fight against their own families for the right to survive and to build a new future for their children. Based on‘eponymous bestseller by journalist Alex Perry, awarded by the Foreign Press Association, and scripted by Stephen Butchard (Baghdad Central, The Last Kingdom), winner of the BAFTA, the project is directed by Julian Jarrold (The Crown, Becoming Jane and an Emmy nomination for The Girl) and Elisa Amoruso (Cursed spring, Chiara Ferragni: Unposted).

The series is played by Gaia Girace (L‘brilliant friend) in the role of Denise Cosco, Valentina Bellè (Catch-22, The doctors) in the role of Giuseppina Pesce, Barbara Chichiarelli (Suburra – The series, Bad Tales) in those of Anna Colace, Francesco Colella (ZeroZeroZero, Trust) in those of Carlo Cosco, Simona Distefano (The Traitor) in the role of Concetta Cacciola, Andrea Dodero (Do not hate) in that of Carmine and with Micaela Ramazzotti (Crazy joy, The first thing bella) in the role of Lea Garofalo.

The Good Mothers is produced by Juliette Howell and Tessa Ross for House Productions (Brexit: The Uncivil War) and by Mario Gianani and Lorenzo Gangarossa for Wildside (L‘brilliant friend, Anna), a Fremantle group company.

Produced by Disney, IBC Movie and Sunset Press and based on real events, ‘Ndrangheta, World Wide Mafia tells the story of the war waged by the public prosecutor of Catanzaro Nicola Gratteri against one of the most powerful criminal organizations in the world, the ‘Ndrangheta. With The Good Mothersthis new Italian production will offer the public a complete, unique and exclusive story on the Italian phenomenon of the ‘Ndrangheta.

‘Ndrangheta, World Wide Mafia is produced by Disney together with the Italian production company IBC Movie and the French production company Sunset Presse. The executive producers for IBC are Francesca Andreoli and Maurizio Feverati. The executive producers for Sunset Presse are Carlos Carvalho Da Silva, Stéphanie de Montvalon, David Tillier. The docuserie is directed by Jacques Charmelot and François Chayé and is written by Jacques Charmelot and François Chayé together with Giovanni Filippetto and Michela Gallio.

Disney + is available for € 8.99 per month and offers content for everyone. From exclusive films and series that span a wide range of genres, including action-adventure, science fiction and documentaries, to critically acclaimed dramas and comedies. All along with award-winning content from Disney, Pixar, Marvel, Star Wars and National Geographic. Among the recent series available exclusively on the streaming platform are The Dropout with Amanda Seyfried, the hit comedy Only Murders in the Building And The Kardashians.

An effective parental control system ensures that Disney + remains a viewing experience suitable for all family members. In addition to the “Child Profile” already present on the platform, subscribers can set content access limits for a more adult audience and create profiles with access via PIN, to ensure maximum peace of mind for parents.

David Martin is the lead editor for Spark Chronicles. David has been working as a freelance journalist.
Previous Cristiano Ronaldo could leave United and replace Lewandowski at Bayern, says newspaper
Next Rare Beauty by Selena Gomez launches new lipsticks and lip pencils