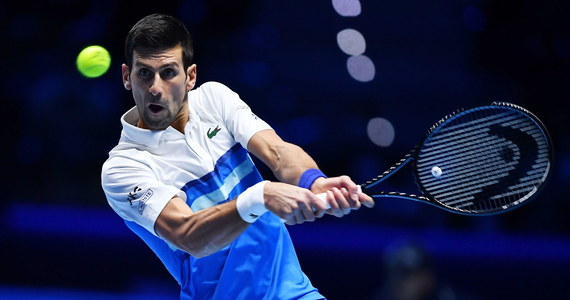 Djokovic locked in the Hotel Australia. Hearing on Monday

Novak Djokovic was placed in quarantine at a hotel in Melbourne. The Serbian tennis player did not receive an entry visa to Australia due to the lack of compulsory vaccination against Covid-19. Consequently, he is facing deportation. The hearing was postponed to Monday.

The leader of the world ranking announced the start in the Grand Slam tournament Australian Open on the basis of immunity from vaccination for medical reasons. However, the Australian border authorities classified the visa application submitted by his staff as defective.

The intervention of Serbian President Aleksandar Vucic, or the submission by Djokovic, did not help federal order to stop deportation. The famous tennis player must leave Australia.

Djokovic landed at Melbourne’s Tullamarine Airport on Wednesday around 11.30pm. local time after a 14-hour flight from Dubai. He waited over nine hours for his visa – as his father Srdjan claimed – in a room under armed guard.

Earlier on Wednesday, Australian Prime Minister Scott Morrison issued an ultimatum to Djokovic – proving the legitimacy of exemption from the obligation to vaccinate against Covid-19 for medical reasons or sending him home by the next plane.

We are waiting for what he presents to us and what evidence he presents to support it. If these are insufficient, they will not be treated differently from any other person and will be sent home on the next flight. There should be no special rules for Novak Djokovic Morrison emphasized.

The case of a player from the Balkans raises a lot of controversy both in the tennis community and among the inhabitants of Australia. This country has introduced a number of strict restrictions and the longest lockdown so far.

The athlete himself has long refused to disclose whether he is vaccinated, and in the past he did not hide his reluctance to take the Covid-19 preparation.

David Martin is the lead editor for Spark Chronicles. David has been working as a freelance journalist.
Previous Razer: Project Sophia – the gaming desk of the future
Next $ 200 million from Taiwan to an investment fund for Lithuania

Max Eberl resigned as sports director of Borussia Moenchengladbach. He explained his decision in a …