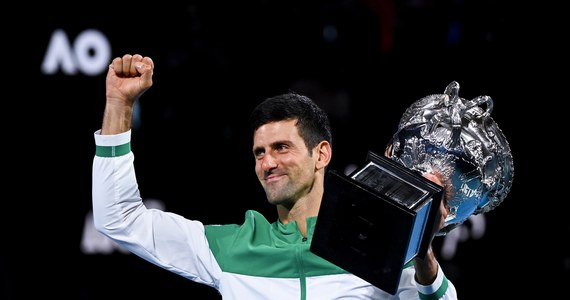 Djokovic spent his holidays in a hotel in Melbourne. There is a tennis comment

The famous Serbian tennis player Novak Djokovic spent the Orthodox Christmas at a hotel in Melbourne waiting for a decision on an entry visa. On Wednesday night, the Australian authorities refused to give him one due to a lack of vaccination against Covid-19.

In front of the hotel where Djokovic is staying, on the second day there were protests against the actions of the authorities. According to the AFP agency, about 50 people participated in them on Friday.

We come to support him, because it is our Christmas and it is a difficult time for him. Of course, there would be many more of us if people did not have family responsibilities today – said tennis fan Sasha Aleksic.

As on Thursday, demonstrations were also held in Belgrade. President Aleksandar Vucic declared his support for Djokovic and Patriarch of the Serbian Orthodox Church Porphyry.

On Friday Djokovic made his first comment on the situation since arriving in Australia. I thank my family, relatives, Serbia and all the good people around the world who send me their support. Thank god for health – he wrote on Instagram in Serbian.

Djokovic landed at Melbourne’s Tullamarine Airport on Wednesday around 11.30pm. local time after a 14-hour flight from Dubai. He announced his start in the Australian Open Grand Slam tournament on the basis of a medical exemption from vaccination against Covid-19. The Australian services, however, classified the visa application submitted by his staff as defective.

The world ranking leader has been referred to a hotel in the Melbourne suburbs that also accommodates asylum seekers in Australia. Over there the tennis player is to wait until Monday for the hearing and if the result is unfavorable, he will be deported.

The case of a player from the Balkans – who for a long time refused to disclose information whether he was vaccinated, and in the past did not hide his reluctance towards such a solution – raises a lot of controversy both in the tennis community and among the inhabitants of Australia. The country has introduced a number of strict restrictions and the longest lockdown so far, and the currently dominant Omikron variant has contributed to a record number of coronavirus infections in the antipodes.

On Friday, however, Djokovic received support from the well-known Australian tennis player Nick Kyrgios. I got vaccinated for the sake of others and for my mother, but the way we deal with Novak is bad, really bad Kyrgios declared.

Djokovic has won the Australian Open nine times. If he wins the next edition of the Melbourne tournament, it will be his 21st Grand Slam title and will break the record he currently shares with Swiss Roger Federer and Spaniard Rafael Nadal.

Protests in Belgrade and Melbourne. “They keep Djokovic like a prisoner”

David Martin is the lead editor for Spark Chronicles. David has been working as a freelance journalist.
Previous The Italian mafioso was caught by a photo on Google Maps. He was wanted for 20 years
Next Toxic ingredients in tattoo inks. The EU prohibits their use

In the match against Algeria, the Ivorians were leading 2-0 until the break, after goals …