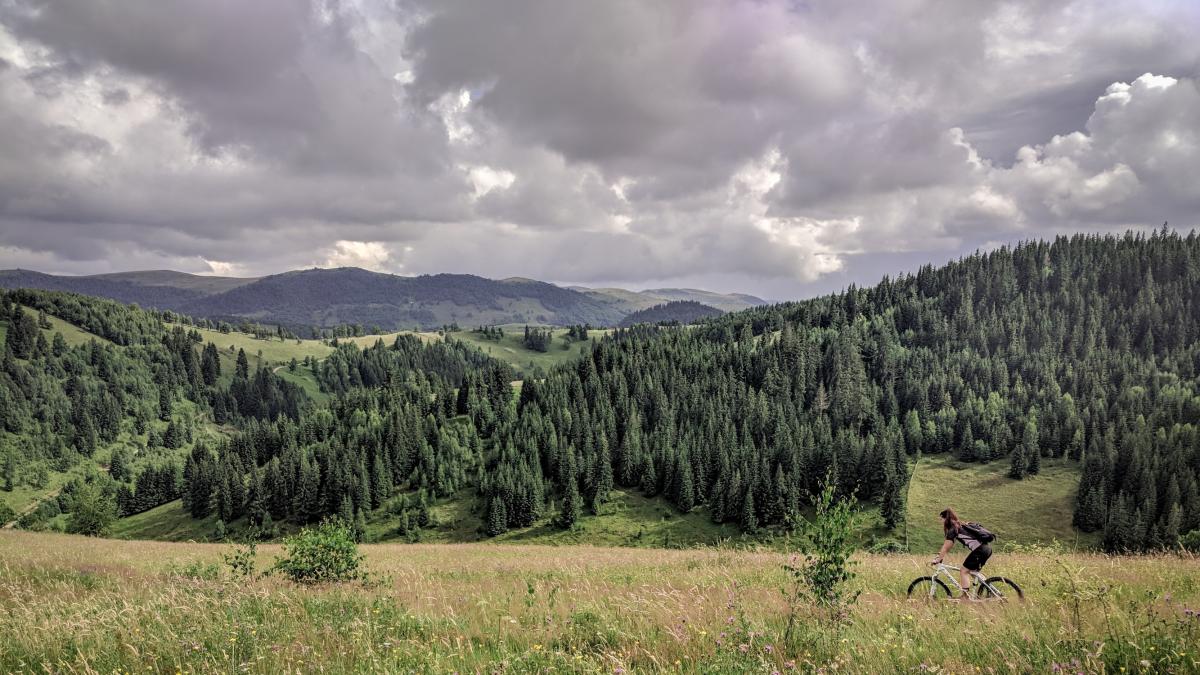 Do electric bicycles attract lightning? The case of the death of Alberto Balocco in Val Chisone

The bicycle and battery do not attract lightning. The advice remains, at the first drops of rain, especially in the mountains, to take shelter but not in open areas and even less near poles or pylons.

They were riding an electric bicycle – a carbon fiber mountain bike – Alberto Balocco and his friend Davide Vigo, when they were surprised by a violent storm. They were located in Val Chisone, in Western Piedmont. Lightning struck them while they were wearing wind jackets to protect themselves from the rain and perhaps while thinking of seeking shelter in the nearby shelter. She killed them both, instantly. It is well known that it is dangerous to be outdoors during a lightning storm. But Could the two wheels equipped with batteries, chosen by the two friends for the trip, have aggravated the situation?

It is estimated that the deaths caused by lightning in the world are between 6 and 24 thousand. Even if the number of those affected is much higher: they often survive. In Italy about 1.6 million lightning strikes fall every year: it is a phenomenon that is concentrated above all in the summertime. And being outdoors during a storm is certainly more dangerous. According to data from the American Center for Disease Control and Prevention, Nearly two-thirds of lightning-related deaths in the United States from 2006 to 2021 involve people who were engaging in outdoor recreation such as fishing, boating, sports, relaxing on the beach. Or the bicycle.

What attracts lightning? What situation aggravates the danger? Writes the SIRF (Italian lightning detection system) on its website that «any object with a predominant elevation relative to the surrounding area has a greater chance of being struck by lightning (a tree, a tower, a trellis) ». So being in the mountains, for example, or in the middle of trees, is a risk. This is because it is likely that the electric discharge is looking for the easiest way to get to the ground, so aiming for higher or lonely objects means traveling a shorter distance. However, there is no guarantee that it will be privileged: lightning strikes are indiscriminate and often unpredictable. It is no coincidence that the place where the lightning struck the two unfortunates is well above the level of vegetation in a mountain stretch completely bare. which increased the chances of getting hit.

We come to the bicycles. This vehicle does not attract lightning more than any other object: «Our technicians confirm that neither a carbon frame nor the presence of electronic material or the battery itself make an e-bike an easier target“, tell us Donatella Suardi, general manager of Scott, the branch of the well-known Swiss brand which is among the first producers in the world of pedal assisted e-MTBs. To confirm, there is also what is written on the site of the American National Weather Service: «Height, pointed shape and isolation are the dominant factors that control where lightning strikes. The presence of metal makes absolutely no difference where the lightning strikes. The mountains are made of stone, but they are struck by lightning many times a year ». And then he specifies: “Metal does not attract lightning, it conducts it“. Donatella Suardi adds: «The cyclist is by nature higher than the bike and therefore it would attract the trajectory of lightning more than the bike itselfregardless of the materials with which it was built. The fact that steel, carbon or other alloys are excellent conductors becomes secondary“.

“The tires of the Mountain Bikes are however made of insulating rubber, as well as the handlebar grips. The cyclist never rides in direct contact with carbon or aluminum .. », he tells us Dario Acquaroli, two-time MTB world champion who today works for Merida, the Taiwanese company that produces bicycles. We also add that the eBike battery is covered with insulating material. «It is therefore easy to imagine that ithe lightning discharged to the ground with a power of millions of volts and hit the two cyclists at the same time. This is the most common case for this type of accident. In the mountains we know that, at the first drops of rain, we have to take shelter but not in open areas and even less near poles or pylons. Let’s debunk once and for all that carbon or electronic devices attract lightning strikes ».

A point on the electric bike battery that Alberto Balocco was using. No, electronic devices do not attract lightning. The only thing that attracts lightning is precisely the shape of an object, pointed or rising upwards. In fact, the possible danger of using a smartphone during a storm. It is once again about a myth: Cell phones are low-power devices and don’t have any features that make them attractive for lightning. What can be dangerous in a storm is to use an electronic device plugged into the power outlet in the house.

Videogames entered his life in the late '80s, at the time of the first meeting with Super Mario Bros, and even today they make it a permanent part, after almost 30 years. Pros and defects: he manages to finish Super Mario Bros in less than 5 minutes but he has never finished Final Fight with a credit ... he's still trying.
Previous Roma opens in Bulgaria, Lazio with Feyenoord
Next Stopped with about 7 grams of cocaine, arrested by the carabinieri