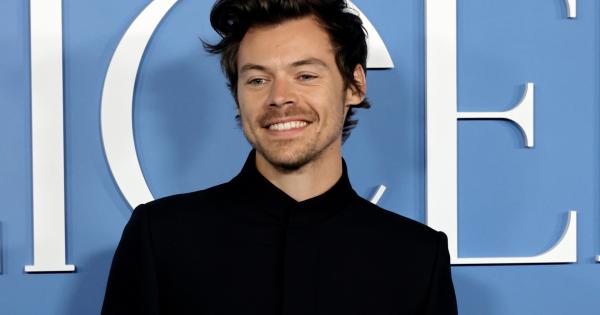 Does Harry Styles console himself by getting back with Kendall Jenner?

After deciding to take a break from his relationship with Olivia Wilde, which had lasted nearly two years, Harry Styles seems to have already found the way to console yourself. New rumors, in fact, speak of a backfire between the singer and the ex Kendall Jenner.

Following the news of the crisis with Olivia Wildein recent days, rumors have begun to circulate about a possible rapprochement between Harry Styles and Kendall Jenner. The former One Direction and supermodel have been linked for several years and, after their relationship that went from 2013 to 2016 on and off, they are remained on good terms, so much so that they also participated together in “The Late Late Show by James Corden”. Now that they’re both single again, since Kendall also just called it quits with basketball player Devin Booker after two years, it looks like there’s something between the two. a flashback. The rumors were initially fueled by the DailyMail by publishing photos of Kendall Jenner at the Harry Styles concert in Los Angeles, where Olivia Wilde was not present. In the last few hours, then, the British tabloid The Sun has reported the statements of some sources according to which Kendall would become a shoulder to cry on for the singer after the break with Olivia.

“Harry and Kendall have always kept in touchbut in light of their recent separations they have more time for each other”, said an insider of Los Angeles to the tabloid, before adding, “And Harry could count on hearing from Kendall about his breakup with Olivia. Kendall is one of the few people who understand the level of fame and scrutiny Harry endures. She is also facing a difficult moment ”. It’s still: “Their friends speculate that they might hang out during the holidays. They’ve gone away together in the past after their respective breakups, so they could very well end up on a yacht soaking up the sun in the next couple of months.” However, another source stressed that Harry and Kendall’s rapprochement would not be sentimental at the moment and to E! News explained: “She and Harry are just good friends. They have remained on friendly terms over the years and have kept in touch. There is nothing romantic going on, but they meet occasionally and have dated in social settings. The flame between them is not rekindling at this moment.”

David Martin is the lead editor for Spark Chronicles. David has been working as a freelance journalist.
Previous Shaq Fu A Legend Reborn Download Full Game PC For Free
Next World Cup: Argentina and Poland in the round of 16. Outside Mexico and Saudi Arabia of Qatar 2022