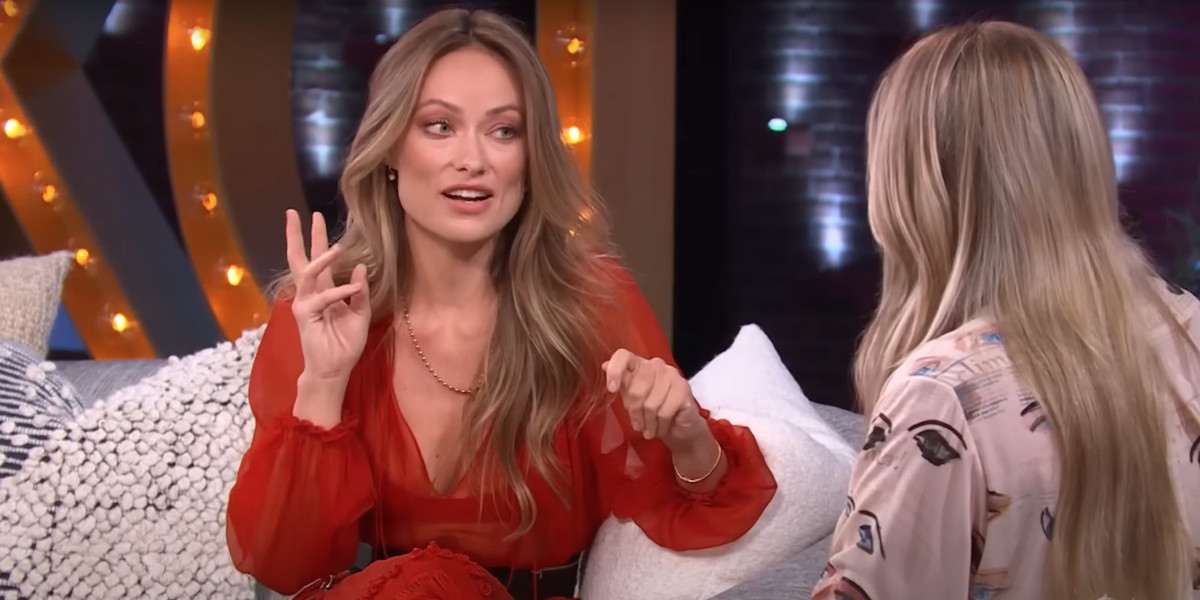 Eventually, over the weekend, the film of controversy, Don’t worry darling, came out in American theaters and theaters didn’t even go too badly. Of course, it did not contribute to giving the hoped-for boost to the box-office (increased by only 15% compared to the previous weekend) and was placed on the lowest range of the collection estimates with 19 million collected (HERE ARE ALL THE DETAILS) , but it was not a debacle across the board.

On Saturday morning we posted some new details about what was going to happen on the set of Don’t worry darling especially between director Olivia Wilde and co-star Florence Pugh.

And it was right Olivia Wilde to explain, a few days ago, that the considerable amount of “Bad press” received is attributable to … male chauvinism.

The press around my films always looks different than the one I received from my male colleagues. Let me explain: am I a little jealous of my colleagues who live their lives without having to endure these levels of harsh judgments? Yes, I think about it. It must be nice to be a guy who only gets cheers for whatever he does. Film direction has been a male-dominated industry for a long time. There are not many female directors and not for lack of talent, but of opportunity

Olivia Wilde then admits that criticism from other women hurts her even more:

I can’t help thinking “Couldn’t we just give each other the benefit of the doubt and watch each other’s backs?”. Wouldn’t that be great?

Staying on the subject, over the weekend, Deadline published the statements made by some members of the production team and the crew of Don’t worry darling which deny what was reported by Vulture’s reportage that spoke of repeated absences from the set of the director – and the protagonist Harry Styles – and heated verbal clashes between the filmmaker and Florence Pughtired of the unprofessional attitude of Olivia Wilde. In the statement entrusted to the magazine signed by some producers, crew members, co-screenwriter Katie Silberman and director of photography Matthew Libatique we can read:

Any allegations made of unprofessional behavior on the set of Don’t worry darling are completely false. Olivia is an incredible leader as well as a present director who has consistently involved us in every aspect of the production. You led this production with class and respect for all the people involved. There has never been a “Match of screams” between our director and another person, least of all a cast member.

We are happy to be able to subscribe to these claims by putting on paper our names of real people who worked on the film and witnessed the safe and collaborative space that Olivia created as a director and as a leader, benefiting all of us. We can’t wait for you to see the movie on the big screen.

Below you will find the complete list of signatories:

Find all the information about the film in our tab.

David Martin is the lead editor for Spark Chronicles. David has been working as a freelance journalist.
Previous He tries to emasculate the son of his 5-year-old stepmother arrested
Next Dear bills and energy at crazy prices, how do you really save? Everything you need to know about TV, wifi, cell phones, appliances