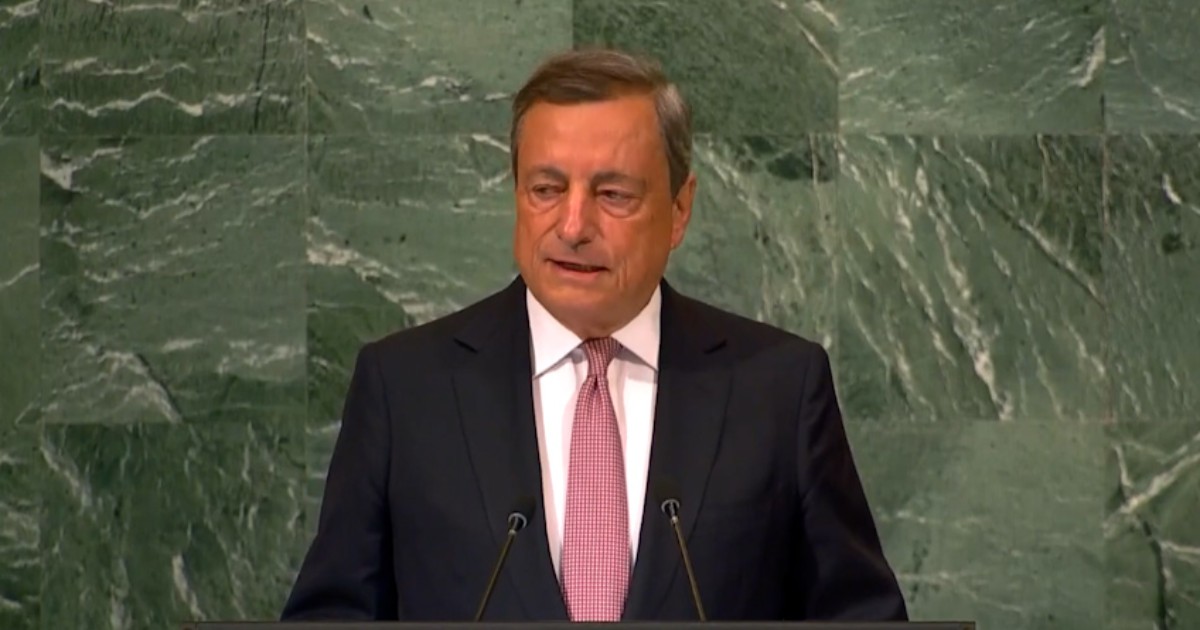 Draghi to the UN: “Sanctions have had a disruptive effect on the Russian war machine. Helping Ukraine was the only possible choice”

Speaking at the United Nations General Assembly, in the Glass Palace in New York, Mario Draghi defended the choices made so far in support of Kiev, starting from the sanctions, for a war that sees “only one responsible”. “Helping Ukraine to protect itself – she said – was not only the correct choice to make. It was the only choice consistent with the ideals of justice and brotherhood that are the basis of the United Nations Charter and the resolutions that this Assembly has adopted since the beginning of the conflict ”. “The unity of the European Union and its allies – underlines Draghi – was decisive in offering Ukraine the support it needed, to impose very hard costs to Russia. Moscow immediately tried to divide our countries, to use gas as a weapon of blackmail ”. Italy, the premier claims, has done everything possible to cut the cord that kept it tied: “it reacted in a timely manner to diversify the sources of gas supply, to accelerate the development of renewable energy”. But to maintain a “united, resolute position, consistent with our values, it is essential to preserve social cohesion”.

Videogames entered his life in the late '80s, at the time of the first meeting with Super Mario Bros, and even today they make it a permanent part, after almost 30 years. Pros and defects: he manages to finish Super Mario Bros in less than 5 minutes but he has never finished Final Fight with a credit ... he's still trying.
Previous Grave mourning for the former Palermo Fabio Liverani, his wife Federica died at the age of 46
Next Tonight on TV: the films of today 21 September