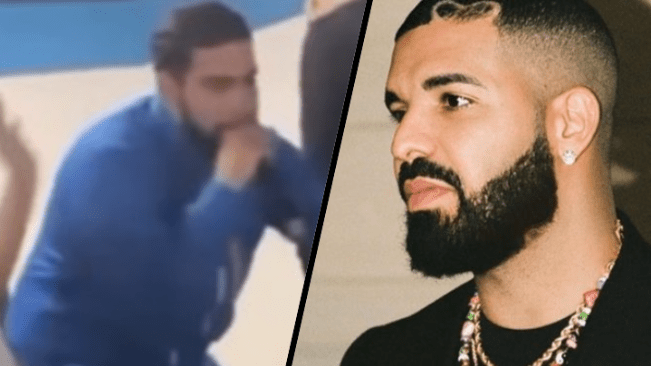 Drake lookalike is getting paid to sing rapper songs at events

Drake’s lookalike has been making public appearances since October of last year and now it looks like he’s getting paid to sing the rapper’s songs.

the fake Drake is doing more than just memes on social media. In fact, he is getting paid to sing some of the Canadian rapper’s songs. On Monday (May 9), DJ Akademiks shared a video on Instagram of the lookalike performing for a small amount of people. He did his best rendition of Drizzy’s “Laugh Now Cry Later”, but his performance is receiving criticism because of the show’s fees.

The video’s caption read: “$5k per show @izzyydrake”. It is unknown if this number is real, but if it is true, there could be a lot of money involved in the deal. the lookalike of Drake has been making public appearances since October of last year and is now claiming that the real rapper is copying his style, right down to the “Certified Lover Boy” heart shaved into his hair. “I’ve had the cartoon for a year and a half,” he said during an appearance on The Fan Bus.

“I have the heart because, you know, if you do things with that organ, everything will come back one day.” He added: “I saw Drake rocking this jacket, it was this black blouse, and I had it, like two and a half years ago. I’m not even kidding.” The artist’s doppelganger’s real name is Izzy and claims he didn’t ask for all that attention.

He’s just being himself. During his interview on The Fan Bus, Izzy answered questions that he was trying to imitate the rapper. “Nah, this is just who I am,” he said. “I’m like, I’m just going with the flow, you know? I didn’t ask to become famous.”

Videogames entered his life in the late '80s, at the time of the first meeting with Super Mario Bros, and even today they make it a permanent part, after almost 30 years. Pros and defects: he manages to finish Super Mario Bros in less than 5 minutes but he has never finished Final Fight with a credit ... he's still trying.
Previous their production company’s first project, False Awakening, will be in Cannes
Next Alexandra Daddario defends colleague Leah Jeffries