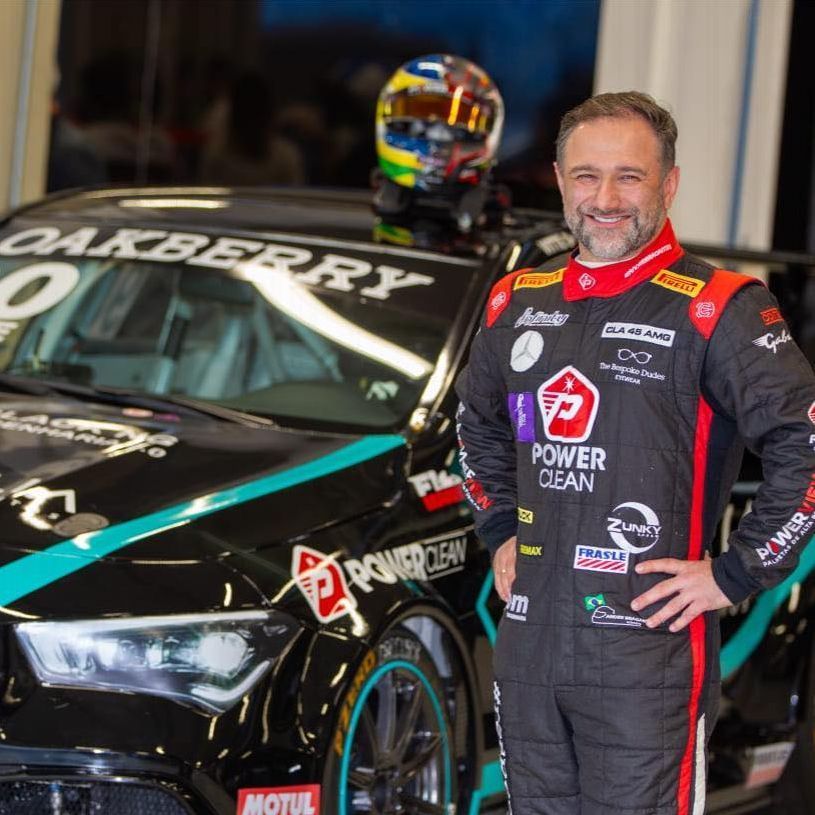 A driver with many titles in motorsport tells how he faced a mysterious syndrome with his family and accelerating on the tracks.

The son of workers, Andrezinho, as he is known in motorsport, did not come from a wealthy family, like most opponents on the tracks.

It was through his father, a pilot school instructor, that it all started.

Since then, it’s been 30 years of motorsport with many victories and podiums, but nothing compares to the main flag he received when he almost completely defeated Tourette’s syndrome, the worst opponent of his life.

The bearer of this syndrome suffers from constant and uncontrollable spasms, that is, motor tics that, in addition to the physical symptoms, make the patient utter random screams and curses due to a failure in a specific region of the brain.

It’s the same disorder as singer Billie Eilish. For those who have never had contact with someone with this syndrome, it is difficult to understand. Often out of shame or embarrassment, the person prefers to take refuge at home, not going to public spaces, because bullying is one of the most harmful weapons that hit the patient, regardless of age.

“It is a syndrome that causes low self-esteem, making the person feel different from others, in a negative way. I was the ugly duckling at school. At school, at break time, there was that group that made fun of others, and I was embarrassed in front of many. It was trauma. There came a time when I didn’t want to have any more social activity. I didn’t want to go to restaurants, malls or anything anymore. I didn’t want to go out with my friends because I felt bad because I knew that everywhere I was I would be ashamed”, said André.

the miracle of speed

Andrezinho lived a life without Tourette’s syndrome until he was 5 years old, when suddenly the disorder, until then mysterious, appeared.

There were years of struggle alongside the parents in an attempt to find out what it was and to cure the disability, which no one, until the boy’s 22 years, could explain.

There were also years in search of doctors of all specialties and even healing centers in the hope of stopping the syndrome.

André took injections and medication that anesthetized the pain, but did not detect the effects of the syndrome. Speaking to ESPN, he said that, in his parents’ desperation, he was taken to countless spiritual rituals, some with animal sacrifices, always with people taking money from the family with the false promise of healing.

Nephew and son of drivers, he started karting as a child.

Of course, parents were concerned about their son’s safety, imagining that Tourette’s syndrome could hamper the boy’s actions on the track.

Mistake. As incredible as it might seem, André and the machine became practically one body. With the speed, the skinny boy had become a pilot without any kind of syndrome and free, while accelerating, without suffering from the spasms.

Andrezinho recalls that, in order to obtain his driver’s license at the motor sport federation, his father had to tie a video camera to the kart with tape to prove that, behind the wheel, his son had all the conditions to be a driver.

That was until 2008 when he discovered an even more miraculous antidote in an attempt to ease the crises he had off the slopes.

Medicine and its miracles

André was a top pilot in all the categories he participated in. In stock car, he was always considered a bold and winning driver, for example.

In 2006, by one of those other miracles of life, he got out of an accident that could have, at the very least, left him paralyzed.

It was on the Tarumã circuit, in Rio Grande do Sul, when many witnessed him leave alive and practically without a scratch from a completely dented car.

A major miracle happened two years later, when he participated in an experimental surgery with a group of five patients, in Goiás. The procedure alleviated the symptoms of Tourette’s syndrome by at least 90%.

The details of this “miracle” of medicine he tells in the video report, which is available at the beginning of this text.

The results of the surgery, which eased the spasms of the syndrome, did not come overnight. The anxiety of seeing himself cured and the prejudice, which still existed, left almost irreversible marks and traumas in the pilot’s life.

André recalled that even in his own apartment he was not respected.

He recalled that once, living in the capital of Paraná, the building manager left a note under the door asking him to stop screaming, as the other residents had to sleep and were uncomfortable. He was even fined by the condominium because of the lack of dialogue, empathy and humanity.

Andrezinho also recalled that he once tried to commit suicide because he couldn’t stand the looks and mean comments of those who insisted on judging him at all times.

“With a lot of faith in God, I managed to overcome this moment, return to motorsport and continue competitively fighting for victories and titles. Today the word I take with me is empathy. Something that people miss a lot. We need to put ourselves in the other’s shoes, understand what the other goes through, before judging”, he said.

Interview André Bragantini Jr. it is one of those gifts that only the profession of journalist can provide. In the time we stayed with him, there, behind the scenes at the Interlagos circuit, in the midst of a hellish noise from the most varied machines that paraded in one of the stages of the São Paulo Cup, we got to know more than a talented driver, but a concerned and engaged human being. .

He recently released his project and his biography, both under the name “Overcoming Limits”.

Andrezinho’s proposal is to bring hope to the disabled, people with Tourette’s syndrome and any other type of disease.

Married to Maria Cristina, the pilot is in a hurry to help ease the suffering of others.

“I have my project today as a social responsibility. Until a while ago it was difficult for me to understand why I live with this syndrome. But the moment God gave me this purpose, showing me that I have it, it will serve to help people. The meaning of my life has changed”, said André.

Today, André takes the little that’s left of the effects of Tourette’s syndrome lightly. He plays with his wife when he rarely gives a random scream.

He recommends to people who are curious about the subject the Spanish film “Toc Toc”, a 2017 comedy that lightly tackles disorders such as Tourette’s to provoke reflection and empathy in the viewer.

André chose not to have children. He said that the possibility of being a father of a child with Tourette’s syndrome is great and that he would not like to see a child face what he faced, that is, the pain of prejudice, neglect and contempt.

André says that we all have some kind of disability. Many are not visible like his. Others are more noticeable, such as visual, physical, mental, intellectual, etc. But if there’s a disability that the pilot really regrets and abhors, it’s the one that many carry throughout their lives and think they can hide…

“Everyone has a disability. People often don’t notice that they have a defect that, for the time being, neither sport nor science are able to cure. This very sad deficiency is the deficiency of character”, concludes Andrezinho.

Videogames entered his life in the late '80s, at the time of the first meeting with Super Mario Bros, and even today they make it a permanent part, after almost 30 years. Pros and defects: he manages to finish Super Mario Bros in less than 5 minutes but he has never finished Final Fight with a credit ... he's still trying.
Previous The crafty little party – ilGiornale.it
Next The rotation of the Earth alarms the IT giants: here’s why 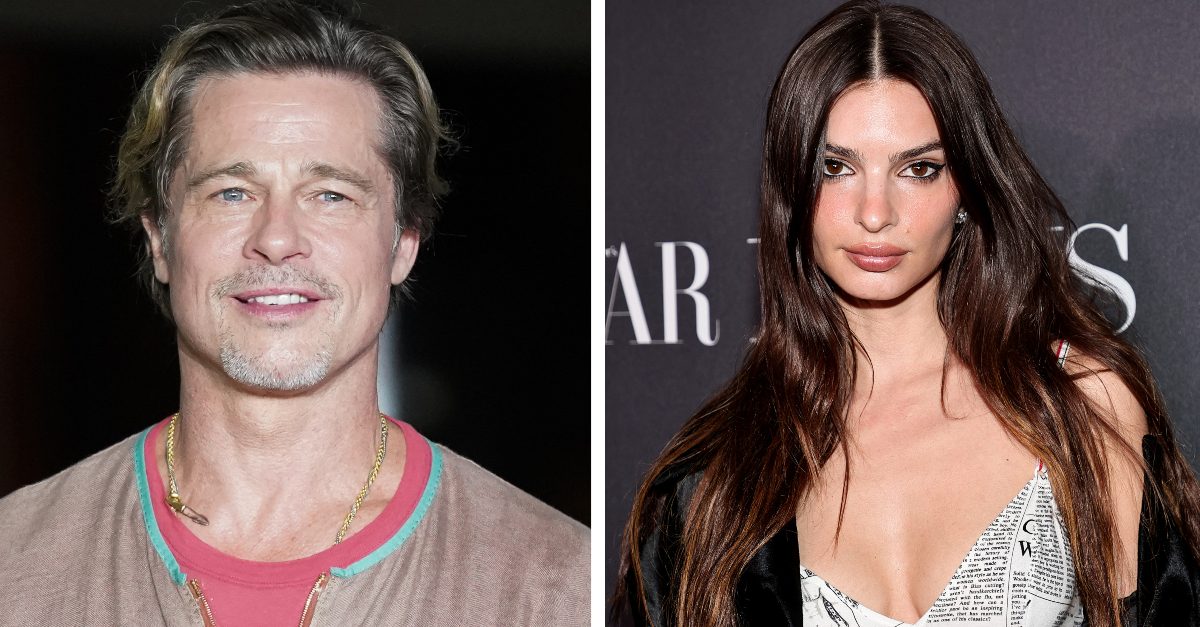