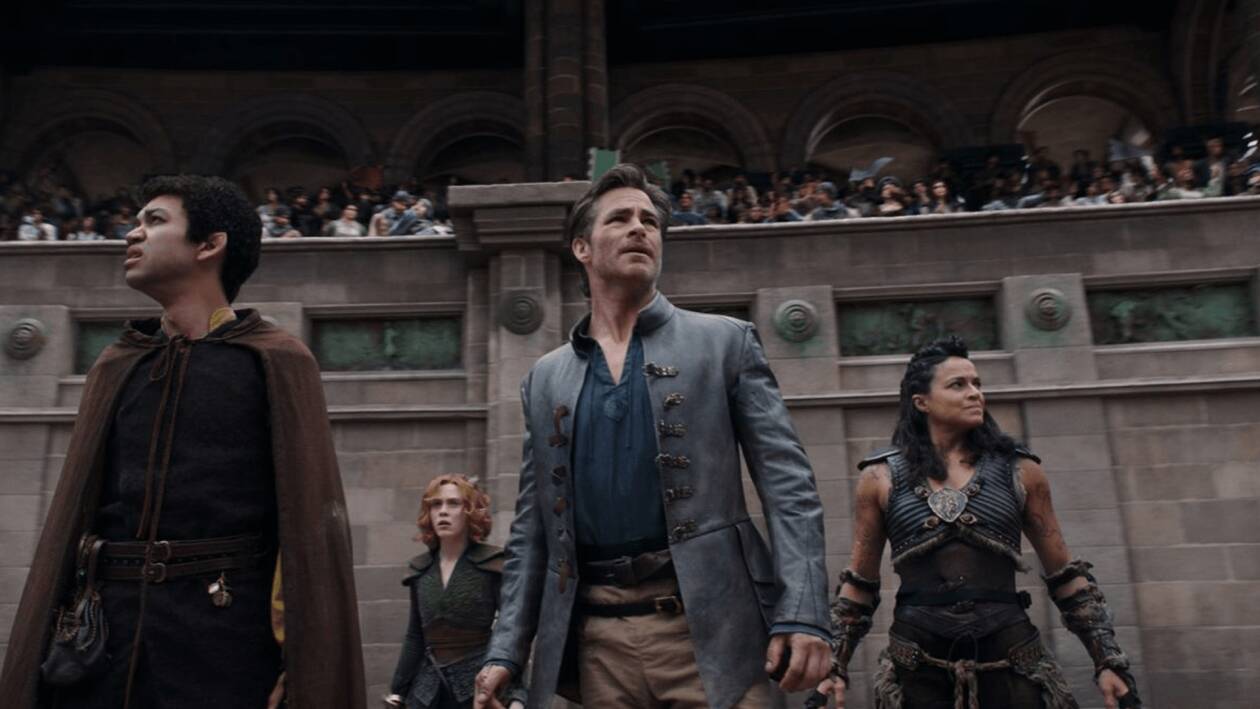 Dungeons and Dragons – Honor among thieves, Justice Smith talks about his experience on the set

Dungeons and Dragons – Honor for Thieves is one of the most anticipated films of the next cinematic year, as demonstrated by the reactions of fans of the popular fantasy setting to the presentation of the trailer. Based on the famous world created by Wizards of the Coast, the film will see as protagonists a band of adventurers led by a histrionic bard (Chris Pine), who after having stolen a precious and powerful artifact on commission, will have to get it back to prevent their client from destroying the world. Waiting to see this band of improbable heroes in action at the end of March, there is no shortage of opportunities for the cast to always keep their curiosity alive for this long-awaited film, an occasion which has recently allowed Justice Smith to talk about the set of Dungeons and Dragons – Honor among thieves.

The wizard of Dungeons and Dragons – Honor for ThievesJustice Smith, talks about his experience on the set

In Dungeons and Dragons – The honor of thieves, Justice Smith is Simon, a young novice wizard who joins the band led by the bard played by Chris Pine in this acrobatic enterprise.

During the recent CCXP in Brazil, Smith was featured led by colleagues from Collidersduring which Smith demonstrated that he is comfortable with these events involving hundreds of fans:

I come from the theater, in that field it is the practice to be in front of large groups of people, so I don’t get nervous. In fact, I think I’m less nervous when I’m myself in front of so many people, rather than having to recite lines written by others.

Justice Smith revealed that he doesn’t have much knowledge of the world of Dungeons and Dragons before working Dungeons & Dragons – Honor for Thievesbut the opportunity to work with John Francis Delay and Jonathan Goldstein was a good reason to get passionate about the project:

I love them, Game Night is incredible, it was a really complicated idea to make, and I think they have interpreted it really well, bringing their talent to this film as well. Because when I read the script, I didn’t know Dungeons and Dragons very well. I’ve always wanted to play with it, but they’ve made a film that doesn’t take itself too seriously, but still manages to have a certain seriousness without turning into cynicism. I think that’s what they said last night at dinner ‘The film isn’t cynical, it’s actually sincere’.

I have a lot of spell casting in the film, and I worked with a lovely choreographer to create specific gestures for each spell. I know a little bit of sign language, so I tried to incorporate it into these movements. Whatever the spell does, I have attempted to incorporate the sign language word into the spell. I hate when in the movies, when magical powers are involved, they make random gestures. I kept thinking ‘I want to do something unique and creative’. Then, I recited remembering which word uttered in the spell matched the gesture, and at what moment. I think it wasn’t difficult, but it was really fun.

Dungeons and Dragons – Thieves’ honori is a compelling story that will be staged by a cast full of important names in contemporary show biz (Michelle Rodriguez, Regé-Jean Page, Justice Smith, Sophia Lillis, Hugh Grante) who we will see in action on the big screen on March 30th .

David Martin is the lead editor for Spark Chronicles. David has been working as a freelance journalist.
Previous overlining, the make-up that enlarges the lips
Next Rick & Michonne, here are Andrew Lincoln and Danai Gurira together again!