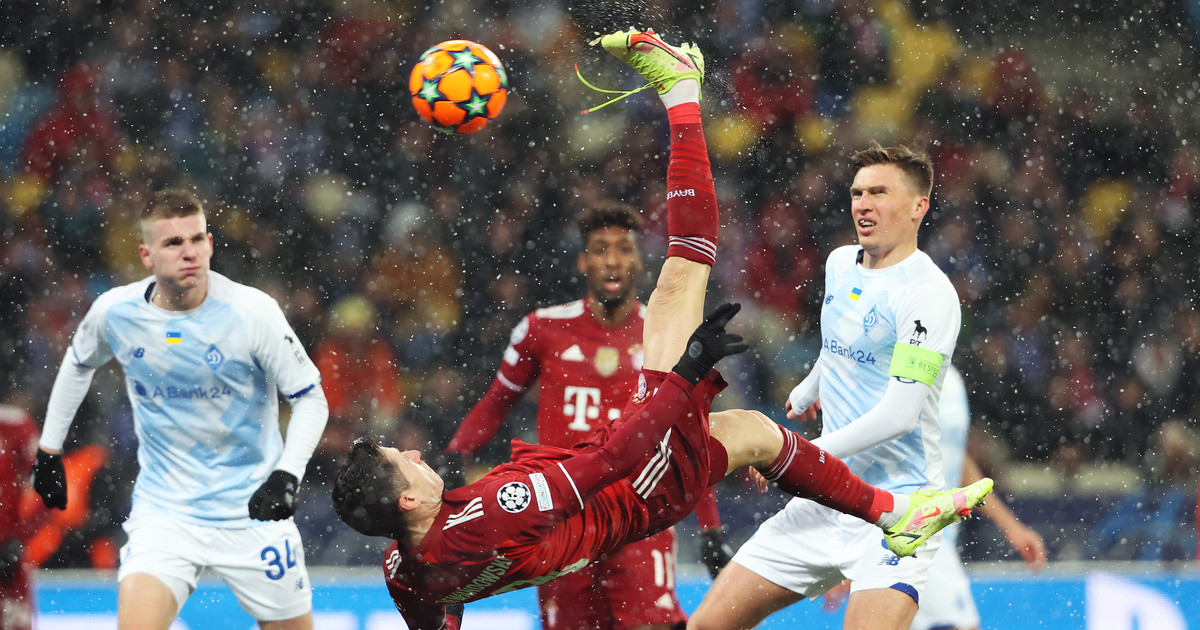 Robert Lewandowski could not have started the meeting with Dynamo Kiev better. Not even a quarter of an hour has passed, and the Pole showed off with a roll, which took Bayern into the lead. The 33-year-old rarely decides on such acrobatics, but when he does … it just has to be seen. You can view the goal HERE.

Bayern won in the Ukrainian capital 2-1 and only confirmed that in the current season of the Champions League there are no strong points for him. Just like the captain of the White and Reds. Only in the 2012/2013 and 2019/2020 seasons, the Pole accumulated more hits in the Champions League. In the first of the above-mentioned campaigns, “Lewy” bitten his rivals 10 times (Borussia lost in the final … with the Bavarians), in the second, the 33-year-old scored 15 goals and together with Die Roten won the final against PSG.

Interestingly, it was in the 2019/2020 season that Lewandowski scored his best series in the group stage; he finished with 10 goals but missed the sixth game. This time, the sniper will have a chance to beat this achievement. It is also likely to try to break its own record of 15 hits. That season was marked by the coronavirus, because of it, there were no rematch in the group stage. This time around, the striker may have more chances to raise his score as long as Bayern goes far in the competition.

Lewandowski’s nine goals make him the most effective goalscorer of the ongoing Champions League season. Behind him is the author of seven hits, Sebastien Haller, forward of the excellent Ajax, who will play his match on Wednesday against Besiktas, and Cristiano Ronaldo (six goals), who improved his achievements against Villarreal. Next are two players with five goals: Leipzig midfielder Christopher Nkunku (he will play his game against Bruges on Wednesday) and Mohamed Salah (waiting for Wednesday’s game against Porto).

David Martin is the lead editor for Spark Chronicles. David has been working as a freelance journalist.
Previous Legia Warsaw. Whipping boys. Worst streak in 75 years. PKO Ekstraklasa
Next Victor Osimhen will not play for three months