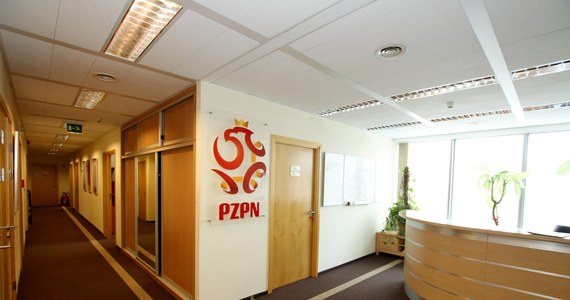 Eavesdropping in the Polish Football Association. One or several perpetrators?

There is new information on the wiretap, which was discovered in the office of the president of the Polish Football Association Cezary Kulesza at the beginning of October. As Interia found out, the device has been in the hands of an expert for about four weeks. However, the opinion has not yet been issued, and the equipment has not been returned to the Police.

From the words of the press spokesman of the District Police Headquarters in Warsaw in Ochota, Warsaw, which is conducting the case, it may appear that the law enforcement agencies have already narrowed down the group of potential perpetrators to a certain group of people.

– At the moment, we cannot say who we suspect from the group of people we select as the potential perpetrator or perpetrators of this act – says Interia, Karol Cebula, sub-commissioner and press spokesman from the Warsaw III District Police Headquarters.

Let us remind you that at the beginning of October there was a news about the detection of a wiretap in the office of the president of the Polish Football Association. The report of a specialist company that located it during routine activities shows that the device was most likely planted on August 9-22, i.e. during the election of the new president of the Polish Football Association (August 18, editor’s note). It is also known that it is a radio device capable of wiretapping at a distance of about 1-2 kilometers.

– We have already questioned the person regarding the recording equipment. I confirm that the equipment has been submitted to an expert with a request for an opinion. He has not come back to us yet, and we have not received any feedback. The proceedings are still pending, we still have a number of steps to perform. But also many activities have already been done, I can’t tell you what exactly. It is very tedious and investigative work. The actions performed in the course of the proceedings show us the course of the event and the circumstances in which it could have been performed – adds Karol Cebula, sub-commissioner and press spokesman from the Warsaw III District Police Headquarters.

The 418,000 MHz transmitter found in the office of the PZPN president was active in the (ON) position, had an antenna and a built-in microphone. The time of his work was determined by a specialist company for about 90-120 days.

The whole thing is spiced up by the fact that the sound recording device was planted most likely during the election of the head of the union, after Zbigniew Boniek ended his nine-year term.

This further compounded the avalanche of speculation. Immediately after the detection of the wiretap, the President of the Polish Football Association, Cezary Kulesza, questioned the sense of wiretapping it in an interview with us.

– Do I steal planes? We conduct talks in the office, sometimes typically male, but we have nothing to hide – the head of the Polish Football Association told us.

David Martin is the lead editor for Spark Chronicles. David has been working as a freelance journalist.
Previous Cryptocurrencies. Millennials choose bitcoin and other tokens
Next Interest rates up. The President of the National Bank of Poland explains