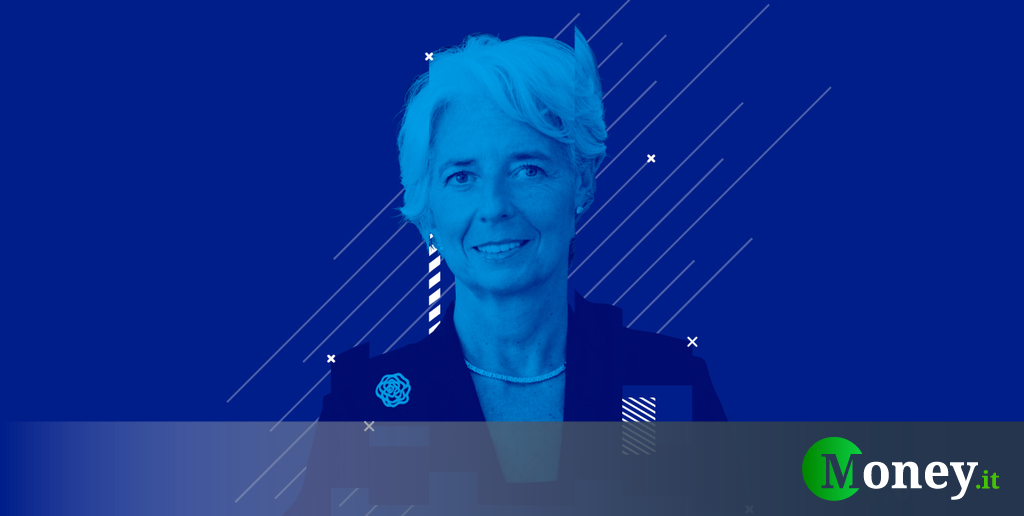 The spotlights light up Lagarde: the press conference has just started.

The conflict has undoubtedly changed the economic landscape. In the document released by the ECB at the end of the summit, we read that in the face of the novelty, has reviewed its APP purchase program for the next few months.

Net monthly purchases under the APP will be € 40 billion in April, € 30 billion in May and € 20 billion in June. In the third quarter, the calibration will depend on the outlook.

In this way, the purchasing program is seen to end earlier. Inflation probably worries.

In a very complex framework for price stability, in the ECB meeting of 10 March it was not decided to stop the normalization of monetary policy.

The words of Lagarde they will have a really significant power on the markets. The press conference is followed by Money.it live.

Lagarde explains that the normalization of monetary policy is not accelerating, but the gradualness is being followed step by step and everything will depend on the man-man data evaluated.

Lagarde specified that the ban on some Russian banks in the Swift system did not create difficulties for the euro area financial system.

Risks to the economy

The risks to the economic outlook have increased and are to the downside. High energy costs could drag demand down. Risks to the inflation outlook are skewed to the upside in the short term

The euro area economy is expected to grow vigorously in 2022 at a pre-war pace in Ukraine.

Monthly purchases under the APP program are reviewed: April 40 billion; May 30 billion and June 20 billion.

Any interest rate adjustments will take place after the end of the APP, Lagarde said.

For Lagarde, longer-term inflation expectations will flank the target.

The Council believes that inflation is increasingly likely to stabilize at the 2% target. Inflation could be considerably higher in the short term.

Inflation on the rise

Inflation is seen as follows:

All forecasts are up.

ECB offers maximum support to the Ukrainian population and supports EU sanctions. It will do everything possible to ensure stability. War has an impact on energy prices and the extent of these effects will depend on how far the conflict evolves.

Lagarde started talking about the ECB meeting and the decisions made.

Waiting for the conference

Everything is ready for Christine Lagarde’s press conference, which kicks off at 2.30pm.

The Russian invasion of Ukraine is a watershed for Europe. The Governing Council expresses its full support for the Ukrainian people. It will guarantee regular liquidity conditions and will implement the sanctions decided by the European Union and European governments. The Governing Council will take all necessary measures to fulfill the ECB’s mandate to pursue price stability and safeguard financial stability.

Asset Purchase Program (APP)
Based on its updated assessment and taking into account the uncertain environment, the Governing Council today revised its APP purchase program for the coming months. Net monthly purchases under the APP will amount to € 40 billion in April, € 30 billion in May and € 20 billion in June. The calibration of net purchases for the third quarter will depend on the data and will reflect its evolving assessment of the outlook. If the incoming data supports the expectation that the medium-term inflation outlook will not weaken even after the end of our net asset purchases, the Governing Council will conclude net purchases under the APP in the third quarter. If the medium-term inflation outlook changes and funding conditions become inconsistent with further progress towards our two per cent target,

The Governing Council also intends to continue to fully reinvest the principal payments of maturing securities purchased under the APP for an extended period of time beyond the date on which it begins to raise the key ECB interest rates and, in any case , as long as necessary to maintain favorable liquidity conditions and a large degree of monetary accommodation.

Any adjustments to the key ECB interest rates will take place some time after the end of the Governing Council’s net purchases under the APP and will be gradual. The path for the key ECB interest rates will continue to be determined by the Governing Council’s forward guidance and its strategic commitment to stabilize inflation at two per cent over the medium term. As a result, the Governing Council expects key ECB interest rates to remain at current levels until inflation reaches two per cent well before the end of its projection horizon and on a sustained basis for the remainder of the year. projection horizon, and believes that progress has been made as underlying inflation is sufficiently advanced to be consistent with the stabilization of inflation at 2% over the medium term.

The Governing Council intends to reinvest the principal payments of maturing securities purchased under the PEPP at least until the end of 2024. In any event, the future roll-off of the PEPP portfolio will be managed to avoid interference with the appropriate monetary policy stance .

The pandemic has shown that, under stressed conditions, flexibility in the planning and conduct of asset purchases has helped to counteract the reduced transmission of monetary policy and made the Governing Council’s efforts to achieve its goal more effective. Within the mandate of the Governing Council, under stressed conditions, flexibility will remain an element of monetary policy whenever threats to monetary policy transmission jeopardize the achievement of price stability. In particular, in the event of renewed market fragmentation related to the pandemic, the reinvestments of the PEPP can be flexibly adapted over time, across asset classes and jurisdictions at any time. This could include the purchase of bonds issued by the Hellenic Republic as well as the rollover of redemptions in order to avoid a disruption of purchases in that jurisdiction, which could jeopardize the transmission of monetary policy to the Greek economy while it is still recovering from the fallout from the Greek economy. pandemic. Net purchases under the PEPP could also be resumed, if necessary, to counter the negative shocks related to the pandemic.

Interest rates remain unchanged at zero. The deposit rate is also stable at -050% and that for marginal lending operations remains at 0.25%

David Martin is the lead editor for Spark Chronicles. David has been working as a freelance journalist.
Previous Abarth offers its new range for 2022: an exceptional return
Next Test Bahrain, Haas will ‘stretch’ every afternoon – F1 Team – Formula 1