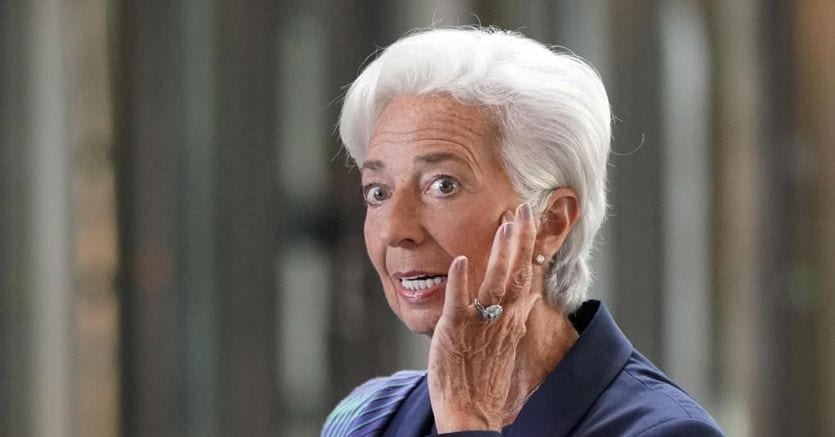 ECB still aggressive: towards a rise of 75 basis points –

The expectations seem unanimous. Analyzes expect the European Central Bank, in its October meeting, to increase policy rates again aggressively: 0.75 percentage points, in order to bring the reference rate from the current 1.25% to two. percent. On the other hand, expectations on possible changes in the conditions of the refinancing operations, the Tltro, or in the reinvestment strategy or even on the first indications regarding a future quantitative tightening, the sale of securities in the portfolio, are less convergent.

Surely the ECB will maintain a restrictive orientation. Very unlikely, after the – controversial – choice to abandon any form of forward guidance and to decide “meeting after meeting”, that indications will be given on the terminal rate of the current squeeze, or even on the next moves. However, the available macroeconomic data still indicate the need to raise interest rates.

Inflation continues to rise. In September, prices rose by 9.9%, but even if one wanted to exclude from the calculation the prices of energy and those of untreated food, which are immediately affected by the events in Ukraine, the “core” index, thus calculated, quickly reached 6%. As this core index tends to follow the overall index in the Eurozone, the road is currently marked upwards.

Long-term inflation expectations, to the extent of the market, have thus returned to rise. They had moved closer to the 2% target, but then returned to an upward path and are equal to 2.4%. Using this data – the only one available – to evaluate real rates, it emerges that a nominal reference rate of 2% is still negative in real terms. If we take into account that one-year expectations are much higher – the ECB itself projects an average inflation of 5.5% for 2023, it is clear that monetary policy is still “behind”.

The yield curve, however, has risen, and rapidly. The markets seem to have understood the intentions of the central bank well. The shorter part of the curve, the one that reflects and at the same time realizes monetary policy, has made a rapid leap upwards: the three months, which before the September meeting were at 0.19%, are now around to one percent. The two years – the time horizon of many investments – are at 2.5%, the ten years have now reached 3.3% which, with inflation expectations at 2.4%, correspond to 0.9%.

The variety offered by video games never ceases to amaze him. He loves OutRun's drifting as well as the contemplative walks of Dear Esther. Immersing himself in other worlds is an incomparable feeling for him: he understood it by playing for the first time in Shenmue.
Previous Alfa Romeo Tonale: the Carabinieri order 360 hybrid units
Next the boys save their dignity, in the Europe League if …