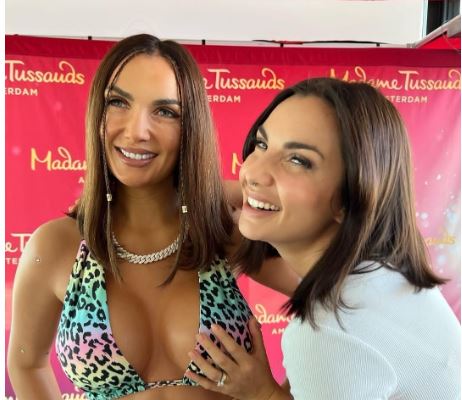 Elettra Lamborghini will be present next to the statues of Beyoncé, Michael Jackson, Ariana Grande and Justin Bieber, inside the Madame Tussauds Amsterdam wax museum.

The Bolognese singer, influencer and heiress is the first Italian celebrity to be present in a truly unique place

A very faithful reproduction, complete with tattoos and a suit of the Bolognese celebrity.

The Bolognese singer and influencer is the first Italian to enter the collection. The statue of him was produced in Milan and will be exhibited in the Dutch museum starting next week.

Annemiek Dolfin, Head of Marketing at Madame Tussauds Amsterdam explained the reasons that led to the choice of Lamborghini: “Our team carried out many investigations, analyzing social networks, google and asking sample questions to visitors before choosing Elettra Lamborghini”.

“Her style and eccentricity make her a very popular character among the public as well as the most requested figure for the representation of her own wax statue.“. During the presentation, Elettra Lamborghini revealed the statue to all the participants, after a countodown culminating in the unmistakable notes of his famous song “Pistolero”.

“We are identical, incredible! ” Elettra said at her first meeting with her “double” made of wax, which reproduces her in every little detail, from the color of her hair and of the eyes up to the facial features, the tattoos and the ring that binds her to the Dutch DJ Afrojack.

“I’m really proud to have been chosen by Madame Tussauds in Amsterdam as the first Italian wax statue to pose, it is a great emotion. It was difficult to be in a pose for so many hours but today I can say that it was a great thing, it is a faithful reproduction in every detail ”. 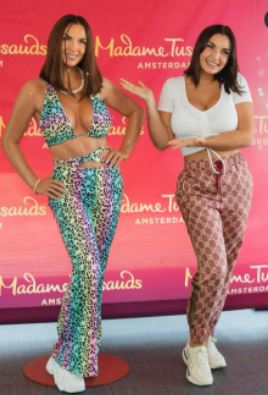 The start of the works to create the celebrity statue began in September 2021. Elettra went great in secret at Madame Tussauds in Amsterdam where she posed for 3 hours a day in front of the sculptors who took all her measurements, took thousands of photos and found all the details useful for the realization of the statue.

The experts have also made a 3D scan that represents an additional tool for a wax statue that is perfect in every detail.

First a clay statue was made and immediately after a mold in which wax was pouredin order to obtain the final statue.

Plus they have been applied real hairbefore the statue was painted entirely by hand with oil paints, reproducing the celebrity’s original skin tone.

20 people made the statue, 6 months of work and it had a cost of around 250 thousand euros.

Quinten Luykx, general manager of Madame Tussauds Amsterdam said he was enthusiastic about the new statue that enriches the powerful tourist link between Italy and the Netherlands: “Foreign tourism represents for us about 70% of total visitors of which, in particular, 12% are Italian but which in recent years has been growing faster and faster than in other countries “.

Who is Elettra Lamborghini

Elettra began her career as a singer and performer by performing in the discos of Lombardy, then arriving in 2015 as a guest on the TV show Chiambretti Night. A year later, in 2016, he participated in the Super Shore programbroadcast in Spain and Latin America and in the same year she was among the protagonists of the MTV Riccanza docu-reality.

Singer born in Bologna on May 17, 1994 is a famous heiress now well known also in the entertainment world, thanks to the participation in some reality and television programs. AND’ married to the Deejay and Producer Afrojack.

One of his passions is horseback riding: to 18 years old she moved to Molano to become an expert rider. In recent years she has participated in many Spanish and English reality shows that have made her become the protagonist of some gossip. She never denied having resorted to cosmetic surgery to accentuate her curves and she stated that she had 42 piercings, some of them made of real diamonds.

Elettra Lamborghini has a very popular instagram profile with 7 million followers. Elettra is very active on social media and often shares moments of her private life with his fans. Among others we find some shots with Mara Maionchi and Diletta Leotta, as with Ema Stockholma guest of Radio 2.

Focus on the Tussauds Museum in Amsterdam

Madame Tussauds Amsterdam is a wax museum located in Amsterdam, on Dam Square, near the Royal Palace.

Founded in 1970 it was the first Madame Tussauds to be opened in Europe, as well as being the first foreign branch of the British institution. The Madame Tussauds Amsterdam collection consists of a collection of wax figures of famous celebrities from music, sports, cinema but also from the Dutch Golden Age.

Madame Tussads Amsterdam houses a collection of life-sized statues, divided into categories, including:

Marvel superheroes including the Avengers and Spider Man.

canaledieci.it is on Google News:
to keep up to date on our news click on this link And type the star at the top right to follow the source.

David Martin is the lead editor for Spark Chronicles. David has been working as a freelance journalist.
Previous Champions League Final 2022 Uefa | Liverpool-Real Madrid
Next Jessica Chastain and Anne Hathaway together in the thriller Mothers’ Instinct