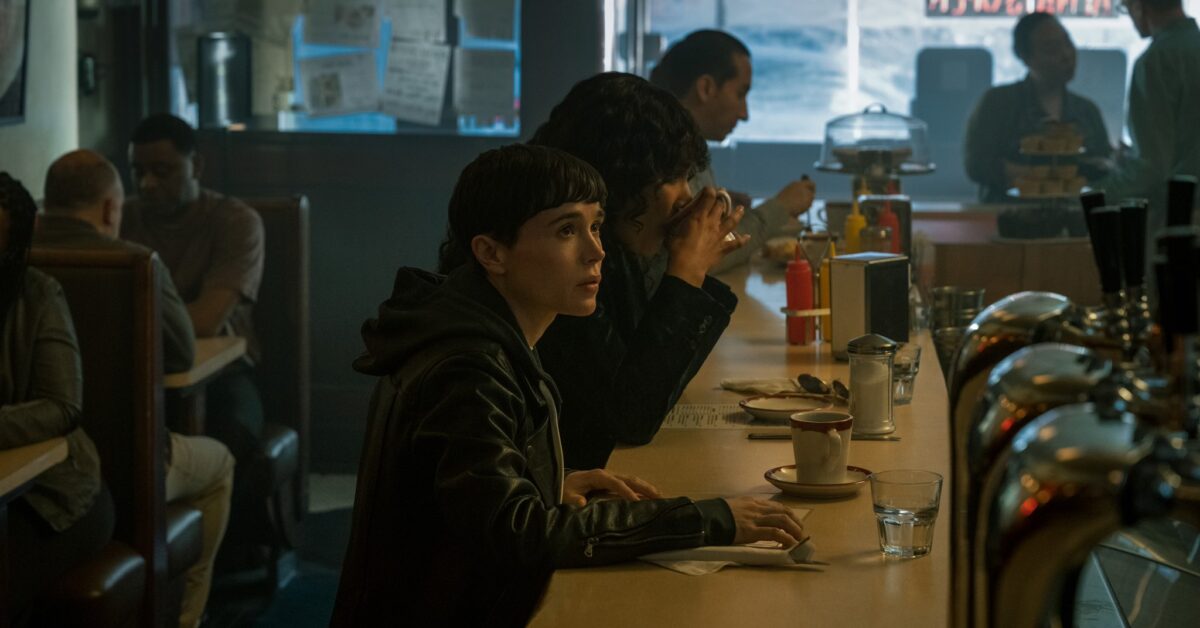 Elliot Page reveals his character’s new identity (and new look) in the third season of The Umbrella Academy.

While waiting (and, unfortunately, still too far away) third season of The Umbrella Academy Elliot Page’s character will change identities and will reinvent itself with a new look and a new name! The actor, who two years ago revealed to the world that he is transgender and non-binary, shared a new photo of his character on Twitter. The shot, taken from the third season of the Netflix show, portrays the interpreter with a new haircut and sitting at a diner together with actress Emily Raver-Lampman, who plays Allison. Along with the image Page wrote: “I introduce you Viktor Hargreeves“. His character will then drop Vanya’s name for Viktor’s. While no further details have been given, this identity change opens up countless exciting possibilities for the eagerly awaited next season of the series!

The Umbrella Academy stars Elliot Page, David Castañeda, Tom Hopper, Emmy Raver-Lampman, Robert Sheehan, Ritu Arya and Aidan Gallagher. Next season’s cast will feature newcomers Justin Cornwell, Britne Oldford, Jake Epstein, Genesis Rodriguez, Cazzie David and Justin H. Min, as faces of members of Sparrow Academy, the team of heroes introduced in the season 2 grand finale. on the homonymous graphic novel written by Gerard Way and illustrated by Gabriel Bá, The Umbrella Academy follows the story of the Hargeeves, a dysfunctional family of superheroes who reunite to solve the mystery surrounding their father’s death. The third season will arrive on Netflix on June 22, 2022, as revealed by the first teaser trailer.

After bringing an end to 1963’s doomsday, the Umbrella Academy returns home to the present, convinced they’ve prevented the apocalypse and fixed this godforsaken timeline once and for all. But after a brief moment of celebration, they realize things aren’t quite as they left them. She enters Sparrow Academy. Smart, stylish and warm as a sea of ​​icebergs, the Sparrows immediately clash with the members of the Umbrella Academy in a violent confrontation that proves to be the least of everyone’s worries. Will they find a way back to their pre-apocalypse lives? Or will this new world prove to be more than just a snag in the timeline?

David Martin is the lead editor for Spark Chronicles. David has been working as a freelance journalist.
Previous I change diapers and breastfeed my baby
Next 20 years later “Harry Potter and the Chamber of Secrets” returns to the cinema