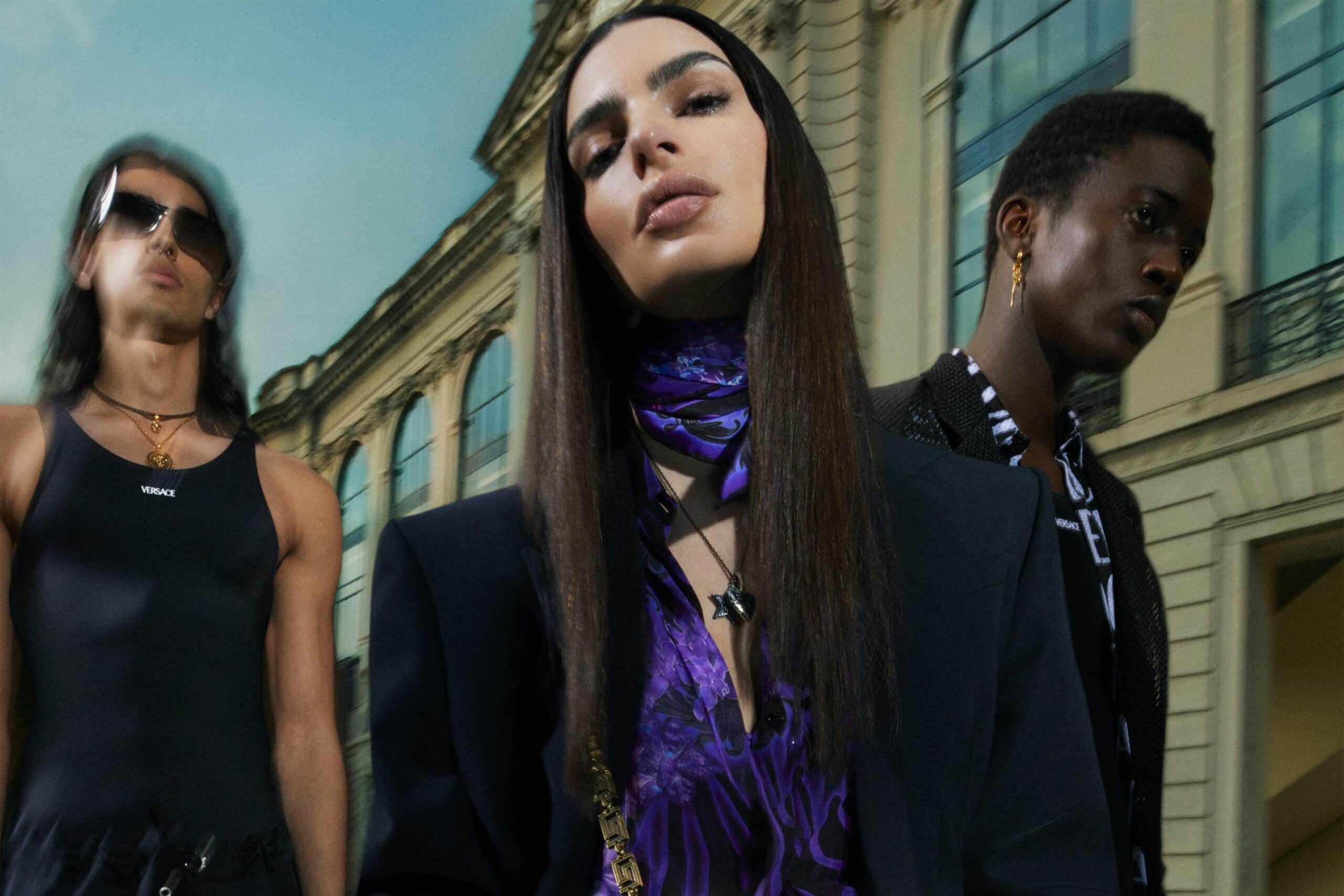 Versace presented the new one in the last few hours countryside designed to promote the women’s collection SS23which will soon be available in the physical stores of the maison and in its online store.

There are two photos with which the brand has decided to announce the debut of the new line to the public, with both shots, taken by the photographer couple Mert Alas & Marcus Piggott, aimed at portraying a top model very dear to the Versace universe: let’s talk specifically of the beloved Emily Ratajkowski.

In the first image, which shoots the model from a frontal shot with focus on the upper part of the outfit, Emily wears a black wool single-breasted blazer combined with a chiffon dress with Orchid Baroque print in the dark orchid purple shade. Added to this is a bottomwear section completed by wide-leg cargo pants in duchess viscose, leather belt black with gold Medusa Heritage buckle e Greek Goddess bag which has the same tonality that distinguishes the dress.

As for the second photo published by the brand, the American model can be observed in the center of a shot from a wider field: in the shot Emily wears a single-breasted blazer in black wool combined with a black leather bralette and trousers with denim details, Tempest décolleté and Greek Goddess bag.

It is thanks to the new shooting that Versace’s approach to the new Spring/Summer 2023 collection can be seen. Going against the trend of an increasingly changing and avant-garde fashion system, the Italian maison reveals a great attention to traditional artistic canons that have made it known over the years, including the baroque motif and considerable care shown towards the materials research.

David Martin is the lead editor for Spark Chronicles. David has been working as a freelance journalist.
Previous Dead City could cross over with other The Walking Dead spinoffs
Next What to watch this week on Prime Video between new releases and expiring titles of TV series and films