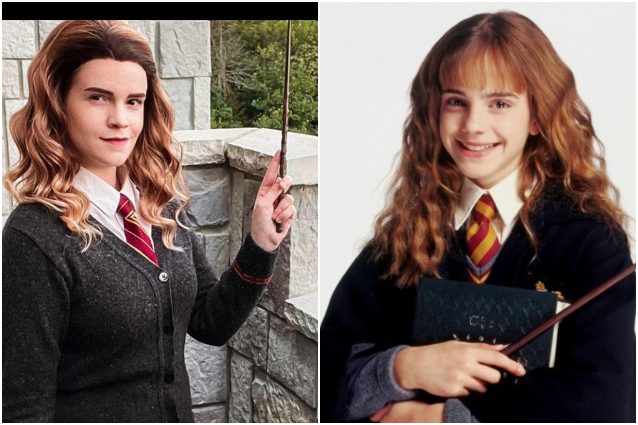 The users of Tik Tok and Instagram have crowned a woman from Indianapolis, Kari Lewis, as Emma Watson’s impersonator: in some images shared on her social profiles it is difficult not to confuse her. She is passionate about cosplay, she likes to dress up as Hermione Granger, Harry Potter’s wizard.

After the Rihanna episode, another VIP lookalike appears. Tik Tok users have crowned a woman as the impersonator of Emma Watsonthe world famous actress who starred as Hermione Granger in the saga of Harry Potter. Kari Lewis is her name on Instagram, kariellex on Tik Tok, and despite more than 10 years have passed since the release of the last film in cinemas, she has managed to make the most beloved wizard in cinema return to the trend. She did not hide the striking resemblance that binds her to the Hollywood star and on her social profiles she has published a shot in which, at first glance, it is difficult to distinguish her from the original Hermione.

The similarity between Kari Lewis and Emma Watson

Kari Lewis on the left, Emma Watson on the right

Her face is very similar to the famous actress, but Kari Lewis has swept away any doubts by completely entering the character of Hermione Granger. On the occasion of the birthday of the little witch of Harry Potter, which falls on September 19, the young actress and cosplayer, as described on her social profile, is impeccably disguised: “Happy birthday Hermione” wrote as a caption for the posts published accompanying the images.

On Instagram he also shared some photos taken at The Wizarding World of Harry Potter, the Universal Studios park linked to the Harry Potter universe. With a wand in her hands, she smiles with the sumptuous castle behind him.

Jennifer Lopez in Capri sings That’s Amore in a restaurant, the video from Tik Tok

Kari Lewis is an actress

The woman so similar to Emma Watson was born in Indianapolis, an established county city in the United States of America. On her blog she tells of being the mother of a teenage daughter, of being engaged to “the best man I could have”. Her passion for the big screen began in high school: she started with a musical, The Wizard of Oz, he then took on the role of a clown in a circus, then a scary actor in a horror show. In 2017 she started her cosplayer adventure: the first of her was that of Hermione Granger who allowed her to get noticed by successful tablids such as MTV and BBc. In 2021 her first debut as an actress for Mudblood Part 2.

David Martin is the lead editor for Spark Chronicles. David has been working as a freelance journalist.
Previous The word that Meloni forgets, super Piantedosi and Razzi: so, today …
Next Rome, the decision of the Sports Judge on the head to head between Karsdorp and Irrati