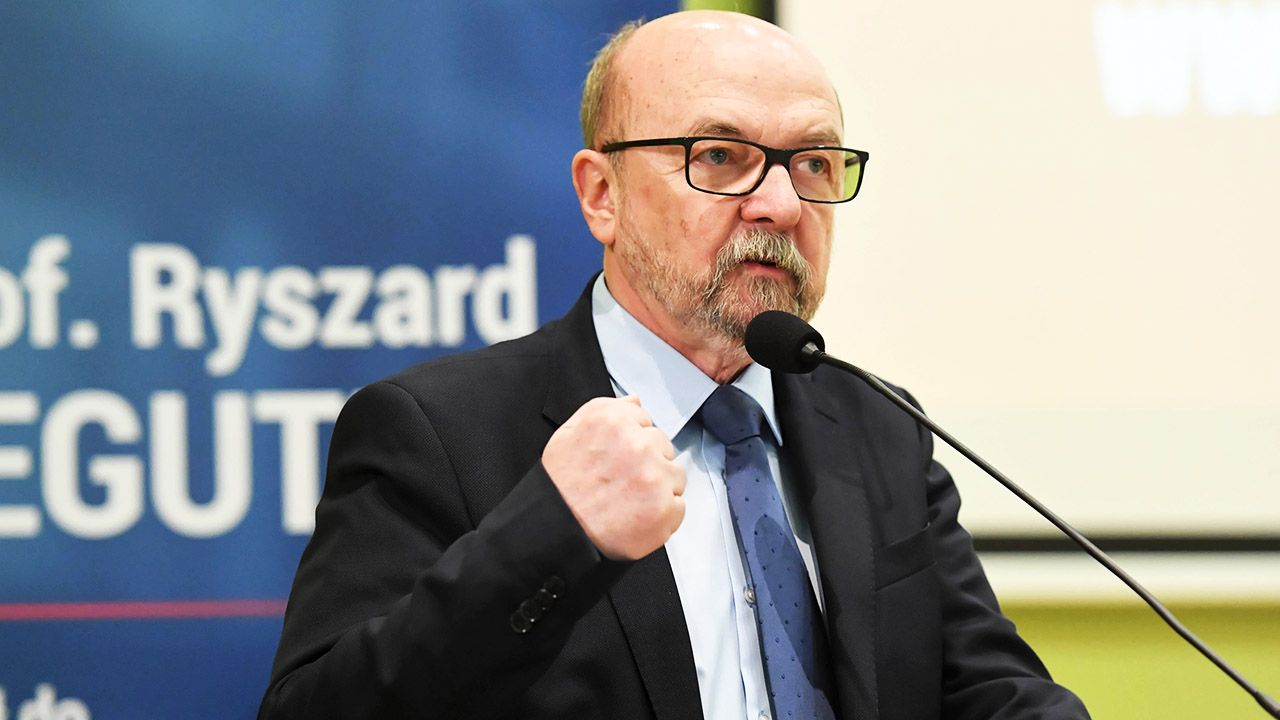 EU. MEP Legutko read a letter from Prime Minister Morawiecki on the situation in Belarus in the EP

During Tuesday’s debate in the European Parliament, PiS MEP Ryszard Legutko read a letter from Prime Minister Mateusz Morawiecki on the situation in Belarus. “This conflict has the dimension of a civilization clash,” said the head of the Polish government.

Prime Minister Mateusz Morawiecki assessed that the risk of military aggression by Russia is real. In his opinion, in favor of the increase in danger from …

“The Prime Minister of my country’s government, Mateusz Morawiecki, was to come here. Unfortunately, he was not allowed to do so, but he asked me to convey the content he wanted to express here. I do it all the more because they reflect the views of my group, many millions of my countrymen and also the people of Europe, ”began Ryszard Legutko, who spoke on behalf of the European Conservatives and Reformists (ECR) faction.

“We are dealing with a planned provocation”

“At the moment, several thousand Polish officers and soldiers are patrolling the eastern border of the European Union. For the first time since the Iron Curtain, the integrity of the borders of Poland and the Baltic states is under threat. This is a long shadow of Russia’s neo-imperial politics. For several weeks now, Lukashenka has been sending hundreds of civilians to the border every day. And this is not a repetition of the 2015 migration crisis. We are dealing with a planned provocation, the migrants of which are only Lukashenka’s tools, and the aim is to destabilize Europe“- reported the Polish MEP.

“Lukashenka’s intentions do not need to be proven. He himself provides such evidence. ‘We will massacre all the scum you, the West, have financed.’ These words did not come out in a secret conference. They were spoken by Lukashenka on BBC TV. For years, Vladimir Putin’s Russia has been consistently striving to rebuild its imperial position and subjugate part of Europe. Its strength is our passivity. When it attacked Georgia, we were unable to oppose it. When it torn off Crimea from Ukraine, we were unable to stop it. When Lukashenka rigged the presidential election, we lacked the determination to defend the Belarusian people against the dictatorship. When Vladimir Putin himself started a game aimed at playing individual European countries, there was no solidarity that would put a dam on the construction of the Nord Stream 2 gas pipeline”- continued Ryszard Legutko.

The heads of the parliaments of Poland, Estonia, Lithuania and Latvia call for the introduction of new sanctions

Speakers of the Polish, Lithuanian, Latvian and Estonian parliaments adopted a common position on the situation at the borders to strengthen the activities of their …

“The battle for the future of Europe is underway”

“A regular battle for the future of Europe is taking place on the Polish-Belarusian border. It is high time for us to realize this, ”appealed Mateusz Morawiecki in a letter read by the MEP and suggested further action in 7 points.

“First, no concessions. Things have gone too far. Russia and Belarus have crossed all borders and more cannot be allowed.

Second, nothing about us without us. Any attempt to resolve a conflict must be based on an agreement. Any attempt to negotiate bypassing certain countries is a success for Vladimir Putin.

Third, solidarity in the face of a common threat. This case does not concern Lithuania, Latvia, Poland and Estonia – it is a wider matter.

Fourth, words are no longer enough. We must act decisively, inter alia, by sanctions.

Fifth, transatlantic cooperation. This conflict has the dimension of a civilization clash and it requires an appropriate response not only within the EU, but also the expansion of cooperation to include NATO.

Sixth, a common energy policy. The EU is the object of Russia’s energy blackmail because we continue to play against each other in energy policy, and not for each other. Until that changes, we can be sure that Putin will play these interests to his advantage.

Seventh Europe is more than the EU. Countries that remain outside the EU, such as Ukraine or Moldova, must get a signal that they will not be left alone in the state of Moscow’s neo-imperial policy”- Legutko concluded.

Videogames entered his life in the late '80s, at the time of the first meeting with Super Mario Bros, and even today they make it a permanent part, after almost 30 years. Pros and defects: he manages to finish Super Mario Bros in less than 5 minutes but he has never finished Final Fight with a credit ... he's still trying.
Previous Two FC Barcelona players have recovered. Good news for the Catalans before the decisive match
Next Exchange rates. Euro at PLN 4.72, Turkish lira breaks records of weakness