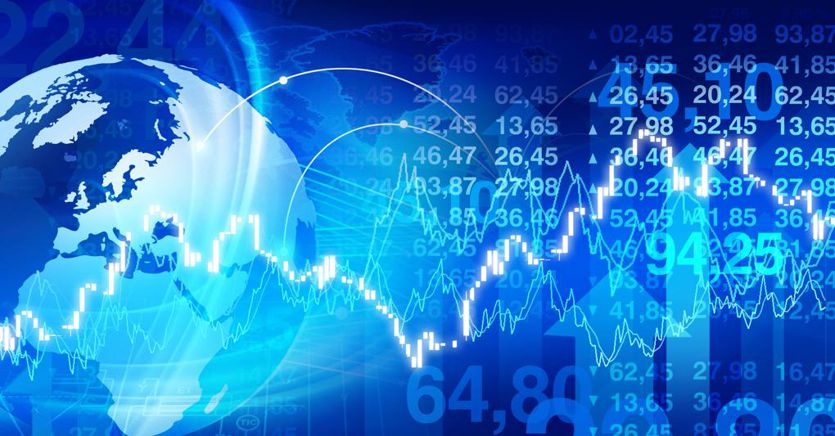 EU stock exchanges weak on the day of the ECB. In Milan, the quarterly are held

(Il Sole 24 Ore Radiocor) – Sluggish performance for the European stock exchanges, while the quarterly season is running at full speed and while the wait for the meeting of the European Central Bank’s Governing Council rises, which should raise the cost of money by 75 basis points, for the second month in a row, to bring rates to 1.5%. Attention also remains focused on the war front in Ukraine.
In this context, the continental indices are moving downwards, as shown by the performance of the FTSE MIB in Milan, the CAC 40 in Paris, the DAX 4 in Frankfurt, the IBEX 35 in Madrid, the AEX in Amsterdam and the FT- SE 100 in London.
The mixed closure of Wall Street does not help, with the Dow Jones stopped and the Nasdaq down by 2%, penalized by the performance of Big Tech Microsoft and Alphabet, which disappointed the market with their quarterly reports. The declines then continued in the after-hours, with Meta Platforms, the company to which it belongs Facebook, down by more than 19 points after the accounts and the weak outlook. Europe, however, finds some support in the decline in government bond yields: the Italian 10-year yields 4.3%, the US 4%, the Bund yield 2.1%.

In Milan spotlight on St, Italgas and Saipem after accounts

In Piazza Affari, the eyes are focused on the companies that have published the accounts of the third quarter such as Stmicroelectronics, which saw profits and revenues rise and beat the estimates of the company and analysts, Italgas, which reported an increase in profit and turnover, and Saipem, on top of the Ftse Mib after reducing losses. Spotlight also on Moncler which announced the sales trend for the summer period on the eve of it. Unicredit started to rise again, after the rise on the eve of the quarterly report released yesterday and the upward revision of the estimates for the end of the year. The banking sector, in general, could however be affected by the announcement of the Credit Suisse recovery plan which provides for a capital increase of up to 4 billion Swiss francs.

Expectation to the stars for the decisions of the ECB

Although the market is expecting a new 75bp squeeze, which only happened in Europe in September and never before, the market is starting to look to central banks with a new hope: that the season of super-tight money is coming. finish. Or, at least, to slow down. On Wednesday it was the Bank of Canada that surprised the markets in this respect: everyone expected a rate hike of 75 basis points and instead launched one from 50. Also considering various statements by Fed members, who are starting to hypothesize a slowdown amid tight monetary policy, the Bank of Canada’s decision gave markets hope. Today we will see what the ECB will decide and what will be the words of President Christine Lagarde at 2.30 pm.

Flat trend for government bonds traded on the electronic secondary Mts. BTps are positive in line with other eurozone sovereign bonds. The consequence is that the spread with the Bunds remains unchanged at the level of the final eve. The yield differential between the benchmark ten-year BTp (Isin IT0005494239) and the same German maturity is indicated at 221 basis points, the same level as the closing, as well as the yield at 4.32% is unchanged from Wednesday’s final.

The variety offered by video games never ceases to amaze him. He loves OutRun's drifting as well as the contemplative walks of Dear Esther. Immersing himself in other worlds is an incomparable feeling for him: he understood it by playing for the first time in Shenmue.
Previous Android 13 and One UI 5.0: that’s when it will arrive and on which Samsung smartphones
Next Juventus, Allegri’s incomprehensible choices from Milik to Cuadrado