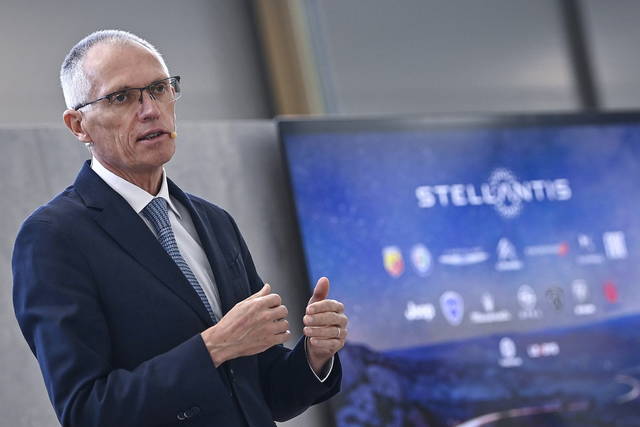 “Euro 7 will give the Chinese an advantage”

EURO 7 IS A “DISTRACTION” – Carlos Tavaresceo of Stellantis (pictured above), does not hide behind the words when he says: “The European regulation on car emissions gives Chinese competitors an additional advantage”. On the dock are the Euro 7 standard EU: they tighten (presumably from 2025, but the official date still does not exist), i emission limits of cars for all pollutants, including nitrogen oxides NOx and carbon monoxide NO, and are defined by Tavares, “diversion from the main objective ofelectrification“In fact, the specter was raised that this new homologation would in fact put an end to internal combustion engines (here to know more). This prospect, together with the war in Ukraine and the tensions over energy and raw materials, had instilled doubts in the EU institutions to the point that the final limits should be less stringent of those budgeted (here the news).

EURO 7 IS USELESS AND HARMFUL – Tavares continues in his speech: “I don’t think Europe needs Euro 7 … this standard it will divert part of our capacity of research and development towards something we don’t need, while our Chinese competitors enter the market with the only technology of battery electric vehicles. “According to the CEO of Stellantis, investing resources for a technology that will be banned (the sale of cars con internal combustion engines after 2035) is not a common sense. The thought of Carlos Tavares, expressed during the conference promoted by Automobilwoche in Berlin and reported by the agency Reutersare complementary to those pronounced at the Paris Motor Show and which asked for an increase in higher duties for Chinese vehicles since import taxes are not symmetrical (here to know more).

ELECTRIC, RICH STUFF? – Tavares had joined the concerns of Luca De Meo and Oliver Zipse (CEOs of Renault and BMW respectively) that the too high price of the electric cars risks making them approachable only for those with high incomes (here the news). In his speech at the conference of Automobilwoche the CEO of Stellantis has predicted that affordable electric cars will arrive not earlier than another 5 or 6 years. To those who asked him what was the biggest challenge for 2023, he responded by indicating the risk of falling behind Chinese manufacturers, a problem even more serious than the critical issues regarding semiconductors and expensive energy. In fact, Tesla in the USA and the many Chinese brands (the latter benefiting from the abundance of raw materials at home) have moved earlier towards the electric car than the European groups and this is a difficult advantage to recover.

The variety offered by video games never ceases to amaze him. He loves OutRun's drifting as well as the contemplative walks of Dear Esther. Immersing himself in other worlds is an incomparable feeling for him: he understood it by playing for the first time in Shenmue.
Previous Valve raises recommended game prices, dramatically in some regions – Nerd4.life
Next “Developments expected from Banca Lazard”