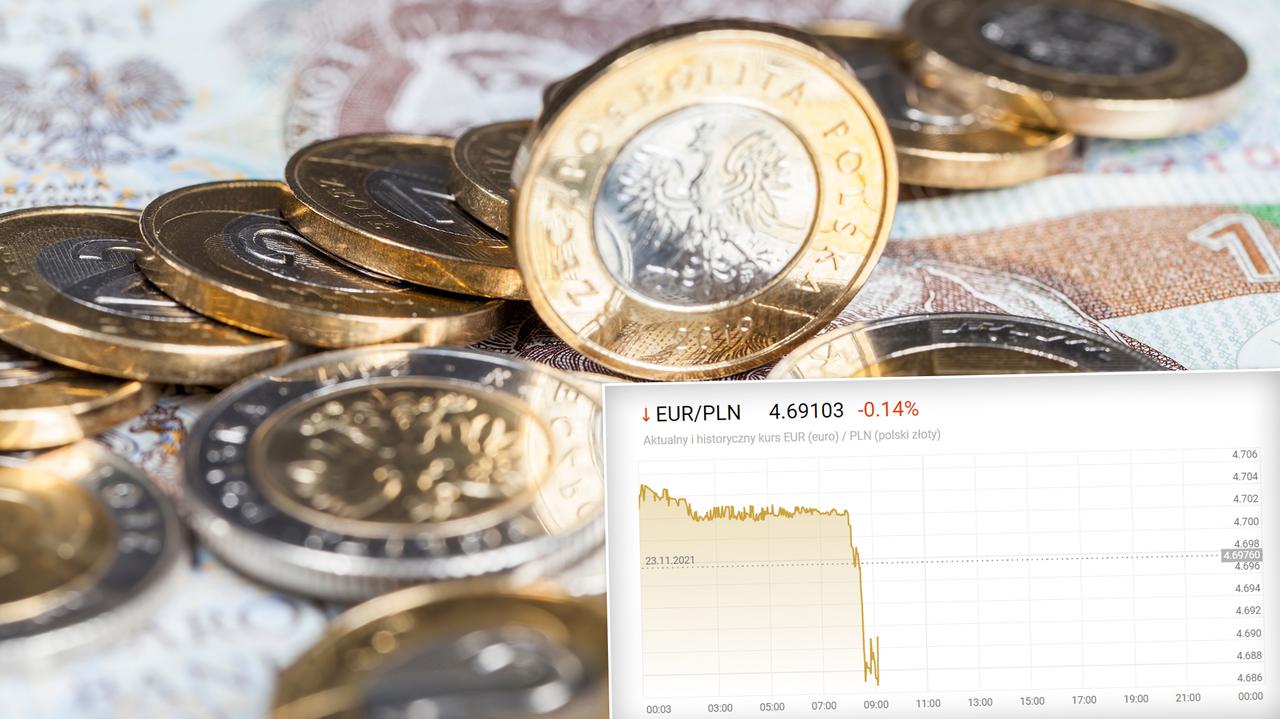 According to Bank Pekao economists, the appreciation of the zloty was caused by the statement of the president of the National Bank of Poland, Adam Glapiński, on the performance of the Polish currency, published on Wednesday morning.

The president of the central bank was asked by Interia, among others whether he is worried about the current weakening of the zloty and whether it is the moment when an intervention would be needed to strengthen the Polish currency, because the weakening of the zloty may additionally boost the inflation rate.

– The current weakening of the zloty is influenced by several factors, but the economic situation in Poland is certainly not one of them. Because this situation is just very good. Therefore, I would like to emphasize that further depreciation of the zloty exchange rate would not be consistent with the foundations of the Polish economy or with the monetary policy pursued by the NBP – emphasized Glapiński in his statement to Interia.

– Let me also remind you that the exchange rate of our currency is floating, but the NBP reserves the right to intervene in the currency market. This is standard practice followed by many central banks around the world, especially in small open economies. Nothing has changed in this matter – added the NBP governor.

The NBP president “makes it clear”

Piotr Bujak, the chief economist of PKO BP, also referred to this statement on Twitter. “NBP president makes it clear that further zloty depreciation will not be tolerated. #PLN is strengthening immediately. EURPLN down by 2 figures” – wrote Bujak.

Ignacy Morawski, an economist associated with “Puls Biznesu” on Tuesday in “Fakty po Faktach” on TVN24 said that “what Poland needs today is a retreat from the policy of weak currency, an unequivocal message from the central bank that we want a stronger zloty” . – The prime minister has already talked about it, but it was clearly not enough. This message must be stronger and it must probably be followed by specific actions, said Morawski.

Prime Minister Mateusz Morawiecki was asked during the Monday press conference whether he is worried about the level of the zloty exchange rate. – Of course, yes, and therefore we will do everything to make the zloty a bit stronger. Probably it is very good for exporters, but at the same time for all those who have debt in foreign currency, and in particular for the Polish budget, which has a partially nominated debt in foreign currencies, this is not good, replied the head of the government.

He noted that he hoped that the situation on the currency market would stabilize in the next few quarters.

The variety offered by video games never ceases to amaze him. He loves OutRun's drifting as well as the contemplative walks of Dear Esther. Immersing himself in other worlds is an incomparable feeling for him: he understood it by playing for the first time in Shenmue.
Previous Few cases, zero deaths – Japan won with the coronavirus. You won’t guess how! – Super Express
Next Messi is delighted with Ronaldo’s return to Manchester. “Impressive” Soccer