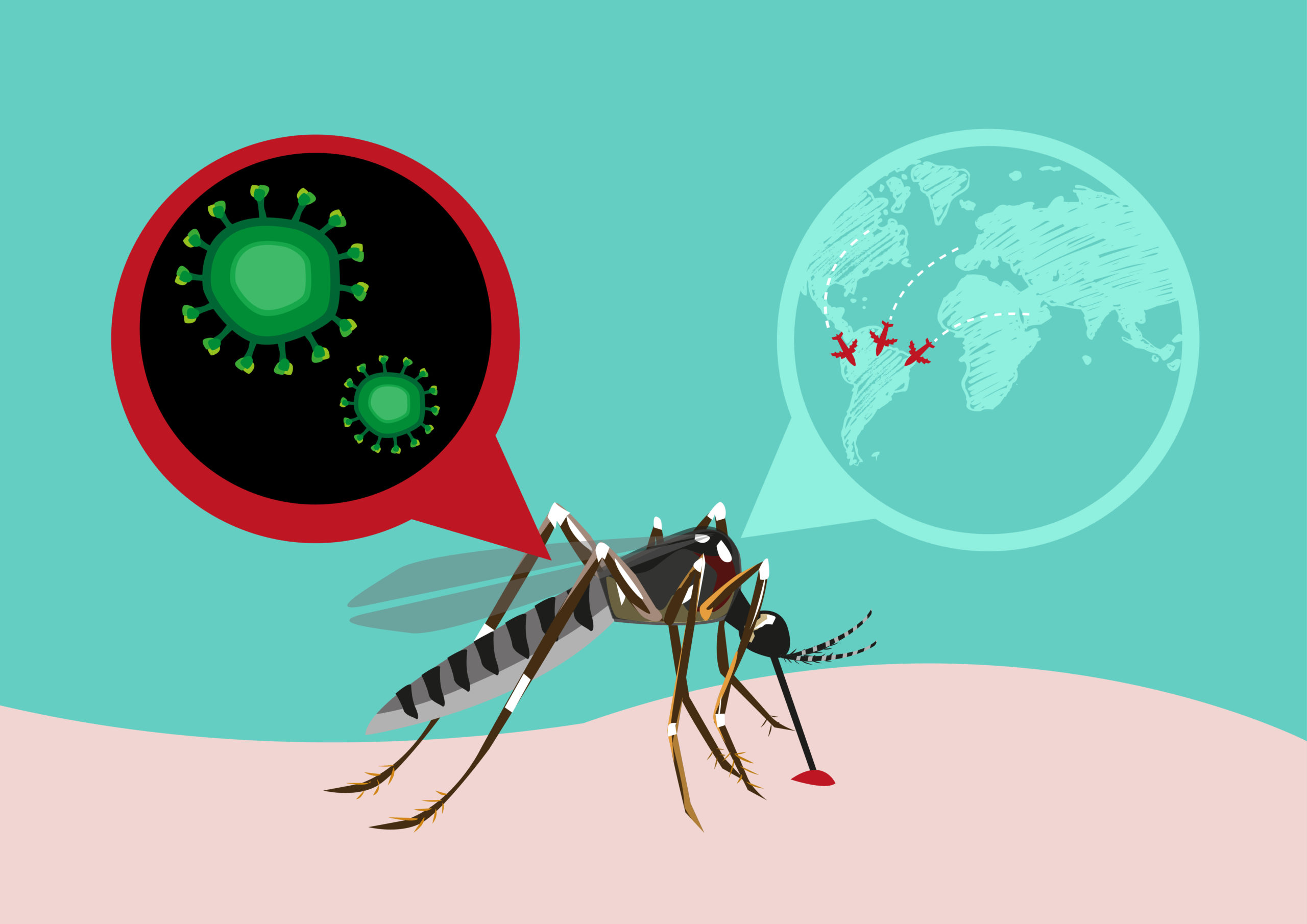 everything you need to know about its outbreak

Zika fever, also known as Zika virus disease, is a viral infectious disease caused by the Zika virus, a member of the flavivirus family. The virus is mainly transmitted by mosquitoes of the genus Aedeswhich includes Aedes aegypti (the original vector yellow fever mosquito) e Aedes albopictus (note how Tiger mosquito). The disease is generally asymptomatic, so that most people who become infected do not even realize they have it. Symptoms, when they appear, last about seven days, are never serious and include fever, joint and muscle pain, headache and skin rash. There are currently no specific antiviral treatments to combat Zika fever, nor is it possible to administer a vaccine.

What are the clinical manifestations of Zika fever

The period of incubation of the virus, i.e. the period during which the virus is present in the host organism in a latent form, is approximately 3-14 days from the time of infection. Since the earliest cases, Zika fever has been defined as a mild disease with mostly nonspecific symptoms. 1 in 5 people who contract this disease are asymptomatic and in the event that the symptoms appear they are not of serious intensity. The most common symptoms include fever associated with skin rashes, in particular itchy maculopapular rash (Figure 1). The rash usually appears within 48 hours of the onset of fever and involves the face, torso, and palms and feet. The cutaneous manifestation persists for a long time, up to 14 weeks, while the fever ceases after about 24-48 hours from the appearance of the rash. Muscle and joint pains and headaches may also be present.

Less common symptoms include abdominal pain, loss of appetite, diarrhea, constipation, vertigo, and nonpurulent conjunctivitis. The symptoms and the combination of them, however, depend on the type of transmission and the geographical area in which you are located. The development of Zika fever and its symptoms is of type benign: the disease is in fact not associated with haemorrhagic events which are instead typical of the diseases caused by other flaviviruses.

Complications that can arise

Unlike diseases caused by other flaviviruses, such as chikungunya fever, the pain and inflammation are mild. Despite this, there are cases of neurological complications, such as encephalitis, meningitis and myelitis. However, the main and most serious entity is the Guillain-Barré syndrome, an autoimmune neurological disease. The manifestation of this syndrome is a progressive paralysis of the limbs, caused by the immune system damaging the peripheral nervous system. Even though Zika fever and Guillain-Barré syndrome can be present in a patient simultaneously, more scientific studies are needed to demonstrate the direct causal connection between the two diseases.

Finally, the effects that Zika fever in pregnant women can have on the fetuses are of extreme importance. Indeed, these are at high risk microcephaly And congenital malformations caused by abnormal development of the brain and eyes.

Mode of transmission of the infection

The virus that causes Zika fever is mainly transmitted via mosquito bites such Aedes. These mosquitoes are infectious for up to sixty days after acquiring the virus. The same kind of mosquito, specifically Aedes aegypti, is known to be the vector behind the transmission of viruses such as dengue, chikungunya and the virus responsible for yellow fever. When a person is bitten by a carrier mosquito, they can develop the disease. Furthermore, if it is stung again by an uninfected mosquito it can trigger a chain capable of giving rise to a endemic outbreak.

Not all mosquitoes Aedes they are vectors. The virus is in fact mostly present in the tropical and sub-tropical regions of Americas, Africa, South Asia And Western Pacific. These areas are known to be the site of epidemics and outbreaks of Zika fever, such as the one that broke out in Brazil in the period 2015-2016. However, the climate changes that are upsetting the entire globe are also causing the migration of these mosquitoes to our latitudes, where the presence of mosquitoes is increasingly frequent Aedes albopictusthe tiger mosquito.

The vertical transmission of the infection

Of great importance is also the vertical transmission from mother to son. This can occur at any time during pregnancy across the placental barrier, or during childbirth, thus causing an infection that is congenital, meaning that it is present from birth. In these cases the fetus usually shows signs of microcephaly and calcifications at the level of the brain and placenta. Zika fever in pregnant women often causes a preterm birth. Additionally, Zika virus can be found in amniotic fluid, placenta, and fetal tissues, suggesting their involvement in transmission.

Other routes of transmission

Another type of transmission is that for sexual waythrough the seminal fluid of an infected person. Scientific studies have in fact demonstrated the presence of the virus in sperm up to sixty days after the start of the infection. Finally, the virus can be transmitted via blood transfusions infected.

Diagnostic tests to identify the infection

Zika fever can be diagnosed based on clinical, epidemiological, and laboratory data. In most cases the laboratory analysis they are necessary to confirm the disease, as the infection presents with a set of non-specific symptoms such as fever and body aches.

THE diagnostic tests are based on the analysis of viral RNA by reverse-transcriptase protein-chain-reaction (rt-PCR), as RNA can be present in the blood of infected patients up to 10 days after the onset of symptoms. Urine and saliva can also be analyzed. Alternatively, they can be searched for in patients’ blood specific antibodies against antigens that are produced starting 5 days after infection. In this case they are used as a test ELISA (enzyme linked immunoassay) or ifa (immune fluorescence assay).

Since the symptoms exhibited by Zika fever patients are similar to those of patients suffering from dengue and chikungunya virus infections, it is important to proceed with laboratory tests in order to be able to discriminate correctly.

Currently there is none vaccine that may work to alleviate the effects of the Zika virus. Treatment is prescribed and administered only when symptoms appear and requires medication to relieve them. To people traveling to high-risk areas, especially women in pregnancywe recommend a precautionary regime. Protecting yourself from mosquito bites is essential and therefore it is recommended to use mosquito repellents for the body, to wear light-colored clothes including long-sleeved shirts and long trousers, and to stay in rooms equipped with screens on doors and windows.
At present, the Ministry of Health and WHO do not recommend minimizing travel to areas affected by Zika virus transmission. Despite this, they advise pregnant women and those who are trying to avoid going to the most affected areas. The same suggestion is also addressed to subjects affected by immune system diseases or with serious chronic diseases. It is also recommended to blood donors who have stayed in areas where there have been cases of infection to refrain from donating for 28 days after returning from these areas.

David Martin is the lead editor for Spark Chronicles. David has been working as a freelance journalist.
Previous Has Harry Styles earned more than Florence Pugh? Olivia Wilde denies rumors about cast salaries
Next The war of the worlds that led (almost) to a massacre

Multitasking, doing 10 things at once is not always a winning move Are you able …