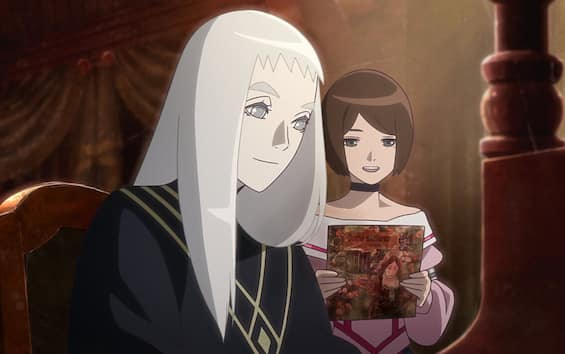 everything you need to know about the new anime

Among the most anticipated releases of the month of May on Netflix (also visible on Sky Q and through the app on Now Smart Stick) there is certainly the anime Vampire in the Garden, by Wit Studio, released today, Monday May 16. In the animated project, humanity has been defeated by an army of vampires and the world has completely changed. The very few survivors have taken refuge in a small town where vampires cannot enter, because it is protected by a very powerful wall of light. Here, humans lead as peaceful a life as possible, as they feel safe from voracious bloodsuckers. In particular, the story is based on the protagonist named Momo, who wants to find a way to be able to live peacefully with the enemy. Once, in fact, the two species lived in a place called Paradise, in perfect harmony. To achieve his goal, Momo will set out in search of Heaven together with a vampire queen.

The synopsis and the episodes

The drama anime series consists of 5 episodes of approximately 24/31 minutes each.

Despite being bitter enemies, a human girl and a vampire queen set out in search of the paradise where humans and vampires once lived together in peace.

In the first episode Momo, on a mission to defeat vampires, finds a music box. Her strange melody leads her to meet Fine, the queen of vampires. In second episode Fine leads Momo to his isolated villa, where, thanks to music, a strong bond is born. In the’episode number three Fine and Momo set out in search of Paradise but, in a hotel in a desolate city, Fine senses that something is changing. In fourth episode Momo wakes up and finds himself in a village, where humans and vampires coexist peacefully. Here she meets llisha, a vampire who is her age. Finally, inepisode 5the humans and vampires, led by Allegro, arrive in the village and force Fine and Momo into a struggle for survival.

NieR Automata, an animated series is about the famous video game

Thanks to a very talented team, Wit Studio managed to make the anime Vampire in the Garden. The voice actors of the two protagonists are respectively Yū Kobayashi for Fine and Megumi Han for Momo. Allegro has the voice of Chiaki Kobayashi, while Rika Fukami voices Nobara and Hiroki Tōchi voices her to Kubo. In particular Megumi Han she is very famous in the anime industry, having voiced many characters, including: Gon in Hunter x Hunter; Junpei in Dance Dance Danseur and Atsuko in Little Witch Academia. Fans of the genre will also immediately recognize the voice of Yū Kobayashi, who voiced Sasha in Attack on Titan.

David Martin is the lead editor for Spark Chronicles. David has been working as a freelance journalist.
Previous Chris Hemsworth Says ‘Thor: Love and Thunder’ Could Be His MCU FAREWELL
Next Panamanian court rejects Panama Papers allegations in Lava Jato case