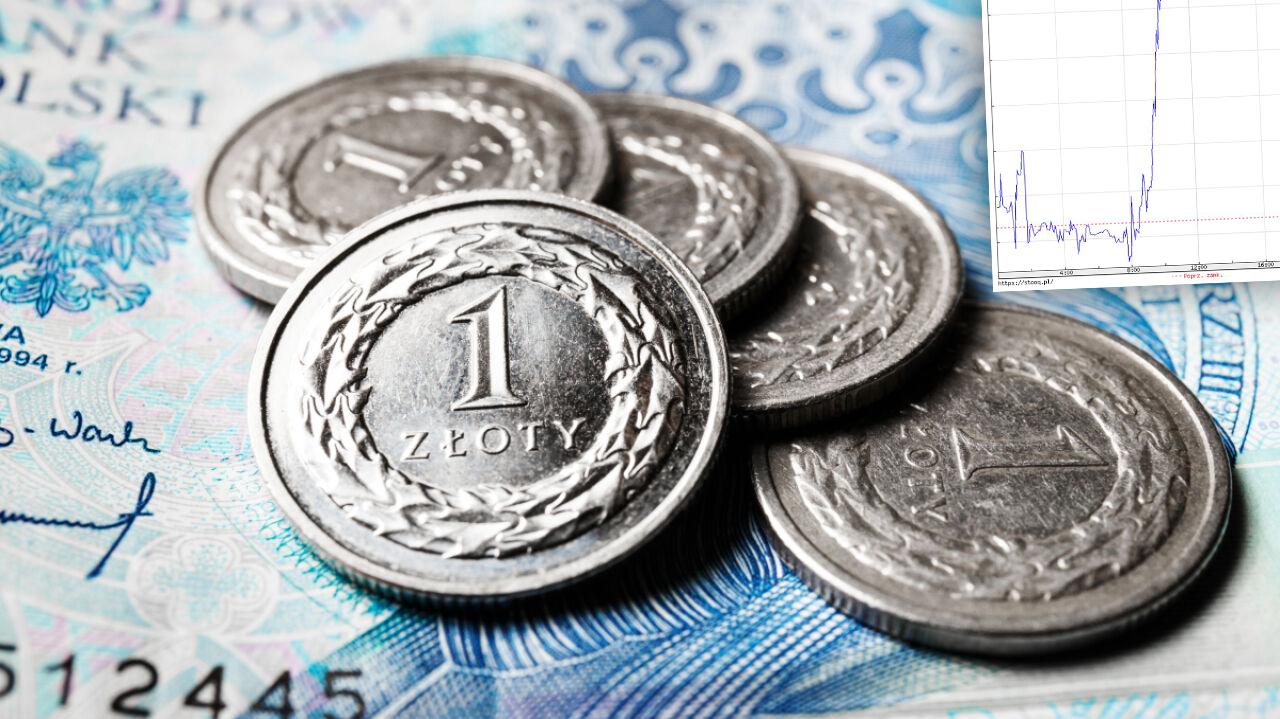 Monday is another day of zloty weakening. The Polish currency is losing against the main currencies. The euro costs 4.71 zlotys. The British pound, the US dollar and the Swiss franc are also more expensive.

However, PLN 5.61 had to be paid for the British pound.

“Invariably, the outlook for the Polish currency remains moderately pessimistic, although the recent series of continuous drops in the value of the Polish currency creates an increasing need for a technical adjustment. Ultimately, however, the EUR / PLN rate should move towards a significant barrier of 4.73,” Bank Millennium economists wrote earlier in the daily commentary. .

As they indicated, the coming days may be full of volatility in the core markets due to the extensive calendar of macroeconomic publications. On Tuesday, the PMI readings for manufacturing and services in France, Germany and the euro zone will be published. On Wednesday, the minutes of the FOMC meeting in November will be published, and on Thursday the minutes of the ECB meeting in October.

“This week, the key for the zloty will be the publication of domestic data on industrial production scheduled for today. We believe that if our forecast is met, the data may support the strengthening of the Polish currency. The publication of domestic retail sales data scheduled for Tuesday will not be released. in our opinion, it will have a significant impact on the market, said the economists of Credit Agricole bank.

“As a rule, we do not comment on changes in the zloty exchange rate, but in recent days the zloty has actually weakened, and we are constantly analyzing the factors behind it. The weakening of the zloty, especially observed in recent days, is probably related to the strengthening of the dollar on the global market. The value of the dollar usually entails a decline in the exchange rate of our region’s currencies, while the zloty may also be adversely affected by a marked increase in the number of COVID-19 cases in Europe and Poland, as it may mean the necessity to introduce restrictions, losses for the economy and additional budget expenses. on the border with Belarus, it contributes to a certain outflow of capital from the Treasury securities market and the WSE, which is temporary. These are not unusual or dangerous phenomena, but they certainly do not help the zloty “- wrote the president in response to PAP Biznes’s questions on Friday NBP Adam Glapiński.

“As for the comments that the zloty is weak because – unlike the central banks of the Czech Republic and Hungary – the NBP does not clearly declare the cycle of interest rate increases, this is a misguided argument. For 10 days the zloty depreciated against the euro more than the Czech koruna, but less than the forint. I explained why we are not making strong declarations about future decisions. At the same time, however, in a recent interview with PAP I emphasized that if the incoming data confirm the current assessment of the situation, the likelihood of further adjustments rates is higher than they are kept at the current level. Market participants expect an increase in NBP interest rates, and the rates expected by the market are much higher than the current ones. In other words, this factor should not be conducive to a weakening of the zloty, he added.

The variety offered by video games never ceases to amaze him. He loves OutRun's drifting as well as the contemplative walks of Dear Esther. Immersing himself in other worlds is an incomparable feeling for him: he understood it by playing for the first time in Shenmue.
Previous It’s the release date of Xiaomi 12. It’s time to start the countdown
Next The whole world is talking about what the 15-year-old has done