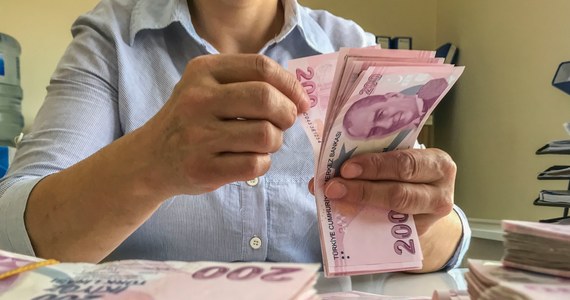 Yesterday after 2 p.m. the euro exchange rate dropped below PLN 4.70 after the words of Prime Minister Mateusz Morawiecki. – We will do everything in communication and in our real actions to make the zloty a bit stronger – stressed the prime minister

Prime Minister Mateusz Morawiecki asked during the conference whether he was worried about the level of the zloty exchange rate, the Prime Minister replied:

– Of course, yes, and that’s why we will do everything to make the zloty a bit stronger. Probably it is very good for exporters, but at the same time for everyone who has debt in foreign currency, and in particular for the Polish budget, which has a partially nominated debt in foreign currencies, it is not good. We definitely want stability in the long term and I think that it will happen in the next few quarters – emphasized Morawiecki.

Wednesday’s zloty exchange rate shows that the market did not listen to the prime minister too much.

On Tuesday, the zloty weakened to 4.72 per euro, then it recovered two groszes, but after Interia informed that new restrictions are possible in Poland in connection with the pandemic, the euro increased to over PLN 4.72. Reason? Concerns about lower economic activity.

The government is considering introducing new restrictions. It is about an additional reduction in the number of customers in shops, restaurants, cinemas and theaters – Interia learned unofficially. The new regulation would apply from December 1. The introduction of additional restrictions is recommended by the Medical Council at the Prime Minister, and the Minister of Health, Adam Niedzielski, is in favor of them. The final decision has not yet been made, but it is possible that from December 1 stricter limits on people allowed to stay in closed rooms will be introduced.

As Interia found out, even fewer customers would enter the cinema or restaurant than today. The current maximum is 75 percent. places or 1 person on 10 m2. The limits would not – as now – apply to those vaccinated against COVID-19.

And how is the weakness of the Polish currency explained by the right hand of Morawiecki in economic matters – the president of the Polish Development Fund, Paweł Borys?

– The zloty exchange rate is already starting to diverge from the strong foundations of our economy, which is visible in the strong swing of the so-called real exchange rate. He says that the zloty is clearly undervalued. The zloty is weakening for external and internal reasons. We expect US interest rate hikes and capital is leaking out of emerging markets, which is weakening many of these countries’ currencies. Secondly, inflation itself contributes to the depreciation of the zloty, and thirdly, there is a large current account deficit, which is the result of an increase in the prices of imported raw materials. Investors would also like to be sure about the inflow of funds from the reconstruction fund. The geopolitical tension on our eastern border and Ukraine does not help either, said Boris in an interview for Interia.

– I expect that along with the agreement on the reconstruction fund, further increases in interest rates and a decline in inflation dynamics, in 2022 he will also see a reversal of the weakening trend of the zloty. Although the volatility of the exchange rate may be increased in the coming months. The zloty should be supported by stable economic growth, lowering the budget deficit and public debt. The Polish economy is competitive all the time, which can be seen in the productivity indicators and unit labor costs. In my opinion, the zloty will show its power yet, but well-coordinated economic policy, predictability and proper communication are particularly important now, he added.

Tuesday is also another day when the Turkish lira is losing a lot. Reason? President Recep Tayyip Erdoğan is an active player not only in politics, but also in the economy and monetary policy. He is known to change the heads of the central bank who do not take the decisions he expects. Now he is suggesting interest rate cuts to support the economy.

– The Turkish lira is already extremely undervalued in terms of virtually every fundamental measure. But that doesn’t matter for a market that focuses on institutional paralysis. A good example of the importance of institutional factors in the market context – wrote Wojciech Stępień, economist at BNP Paribas, on Twitter.

The Turkish currency, the lira, weakened on Tuesday against the dollar by 16.8%. The USD / TRY quote has dropped to a record low of 13.31. Analysts point out the sell-off came after Turkish President Recep Tayyip Erdogan defended controversial interest rate cuts by his central bank amid rising double-digit inflation. He called the move part of the “economic war for independence”, dismissing calls from investors and analysts to change course.

Another Emerging Markets crisis in the making? EM currencies have plunged this year, by no means only the Turkish Lira, but also Hungarian Forint, Polish Zloty, or the Argentine Peso. pic.twitter.com/4c4giFu59Z
– Holger Zschaepitz (@Schuldensuehner)
November 23, 2021

Inflation in Turkey is currently close to 20%. According to Reuters, the lira has lost almost 40 percent this year. its value and over 20 percent. only since the beginning of last week.

On November 18, the central bank of Turkey (CTB) lowered the benchmark repo rate by 100 bp to 15%, which was the third consecutive reduction in the cost of credit (by a total of 400 bp). The bank said it would assess in December whether the current cycle of interest rate cuts should end. In October, the CPI in Turkey was almost 20 percent.

According to the Fitch rating agency, in August, 57 percent. Turkish sovereign debt has been tied to or denominated in foreign currencies, which means that paying off this debt becomes more difficult as the lira continues to depreciate.

– These declines are insane, but they reflect crazy stance in monetary policy in Turkey. We are seeing a perverse economic experiment in what happens when a central bank does not actually pursue monetary policy because Erdogan has taken the bank’s ability to raise interest rates, said Tim Ash, senior emerging market strategist at Bluebay Asset Management.

Wooden construction may benefit from changes in the law
Business Newseria

The variety offered by video games never ceases to amaze him. He loves OutRun's drifting as well as the contemplative walks of Dear Esther. Immersing himself in other worlds is an incomparable feeling for him: he understood it by playing for the first time in Shenmue.
Previous EU. MEP Legutko read a letter from Prime Minister Morawiecki on the situation in Belarus in the EP
Next Granerud shocked by asking about Kamil Stoch. “What?!”