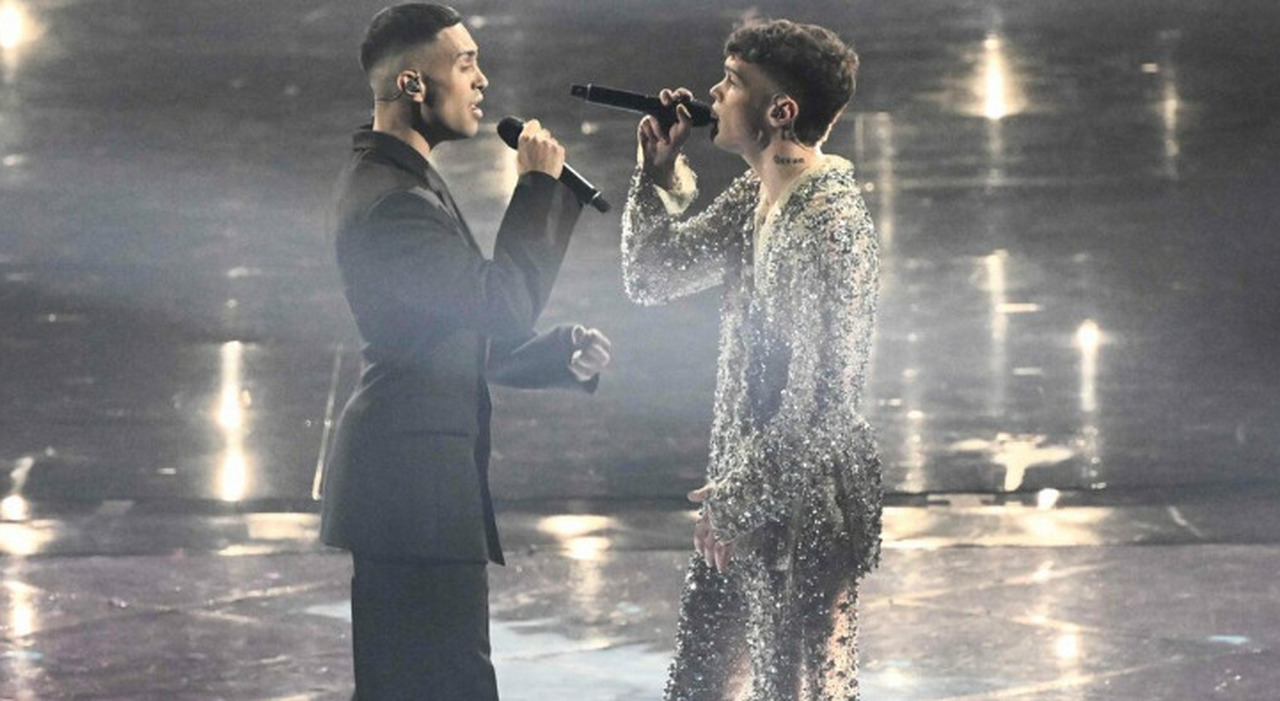 The final of the Eurovision Song Contest 2022, the most popular music contest and non-sporting event in the world, saw Ukraine triumph with the song “Stefania”. In Italy, Eurovision does not heat the spirits too much even if the shares of the two semifinals aired on Raiuno were good (over 5 million viewers equal to 27% share, a year ago it was 2.3%) and they 40% registered an audience of very young people. 25 countries competed tonight. Forty were the delegations that competed but only twenty reached the final plus five countries (i big Five) who go to the final by right. These countries are Italy, France, Germany, Spain and the United Kingdom and they performed for the first time on the stage of theESC.

The report cards of the evening

Great elegance but Laura Pausini is covered, albeit with glitter (in the early evenings the bare shoulders were more suggestive) after the medley of her songs: vote 8

Czech Republic / We Are Domi vote 6

The dance is always nice and she is snappy in her tracksuit (she looks like Cobie Smulders, the HIMYM actress) but it is a song that would have been the filler in the miscellany cd to give. 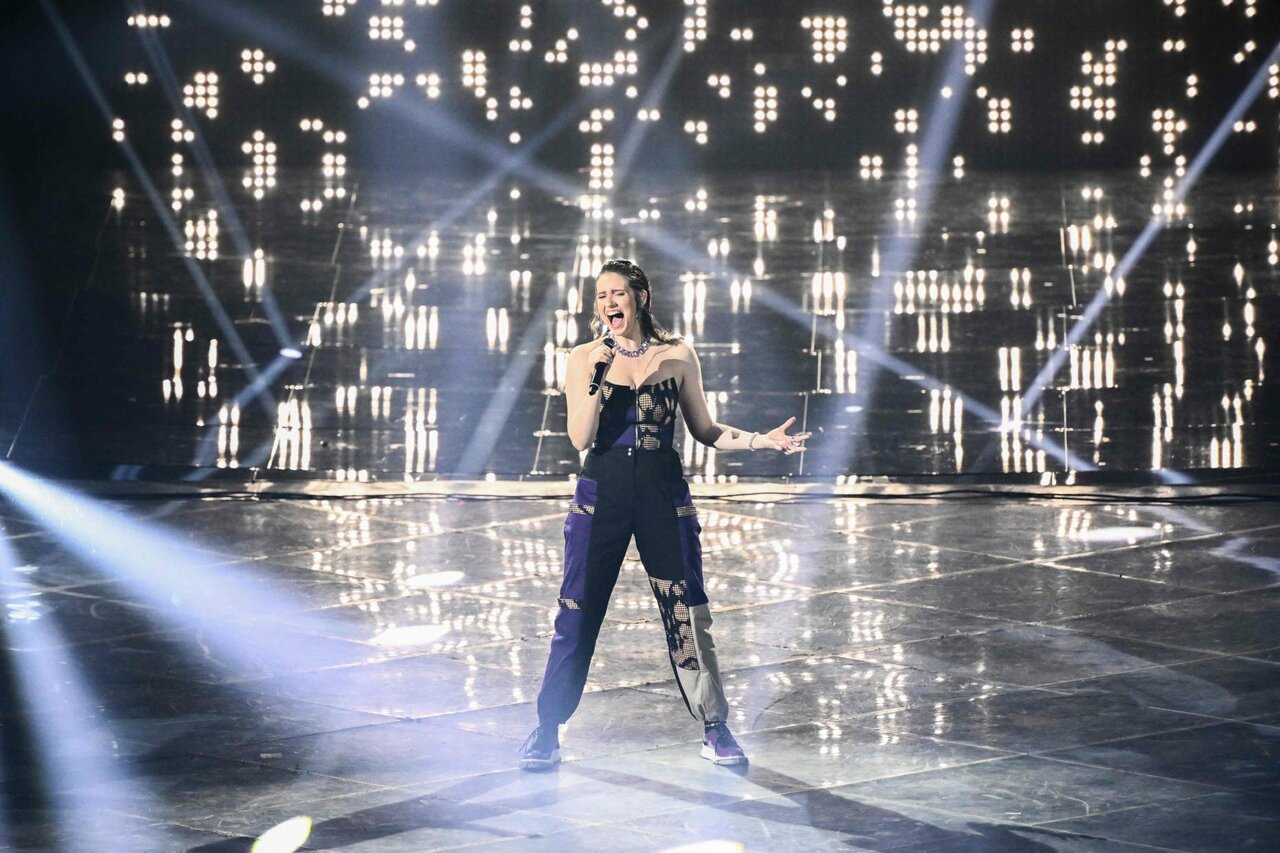 Llámame, the volants, the ballet, the pimping audacity of WRS does not take root. And it’s trashy, you don’t like it.

Saudade, Saudade is soporific. Velvety, please, but as soon as Maro stops singing that enveloping sensation disappears. Speaking of enveloping: the singer, beautiful with Pocahontas braids, minus that sort of bathrobe on her. 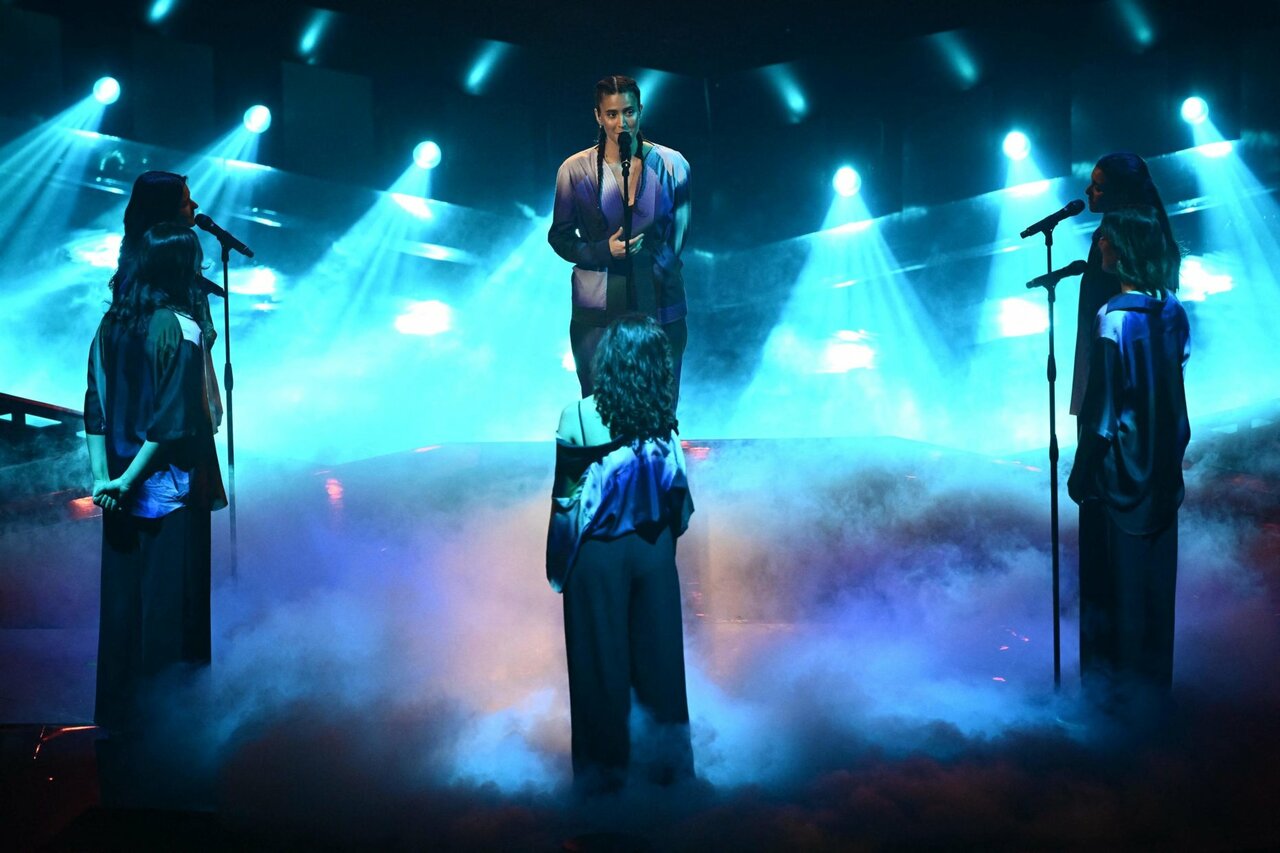 Think about that smash hit years ago, that catchy “In the Shadows”. They failed to capitalize, it is evident. The look, on the other hand, recalls the correspondent of Striscia, Stefania Petix. 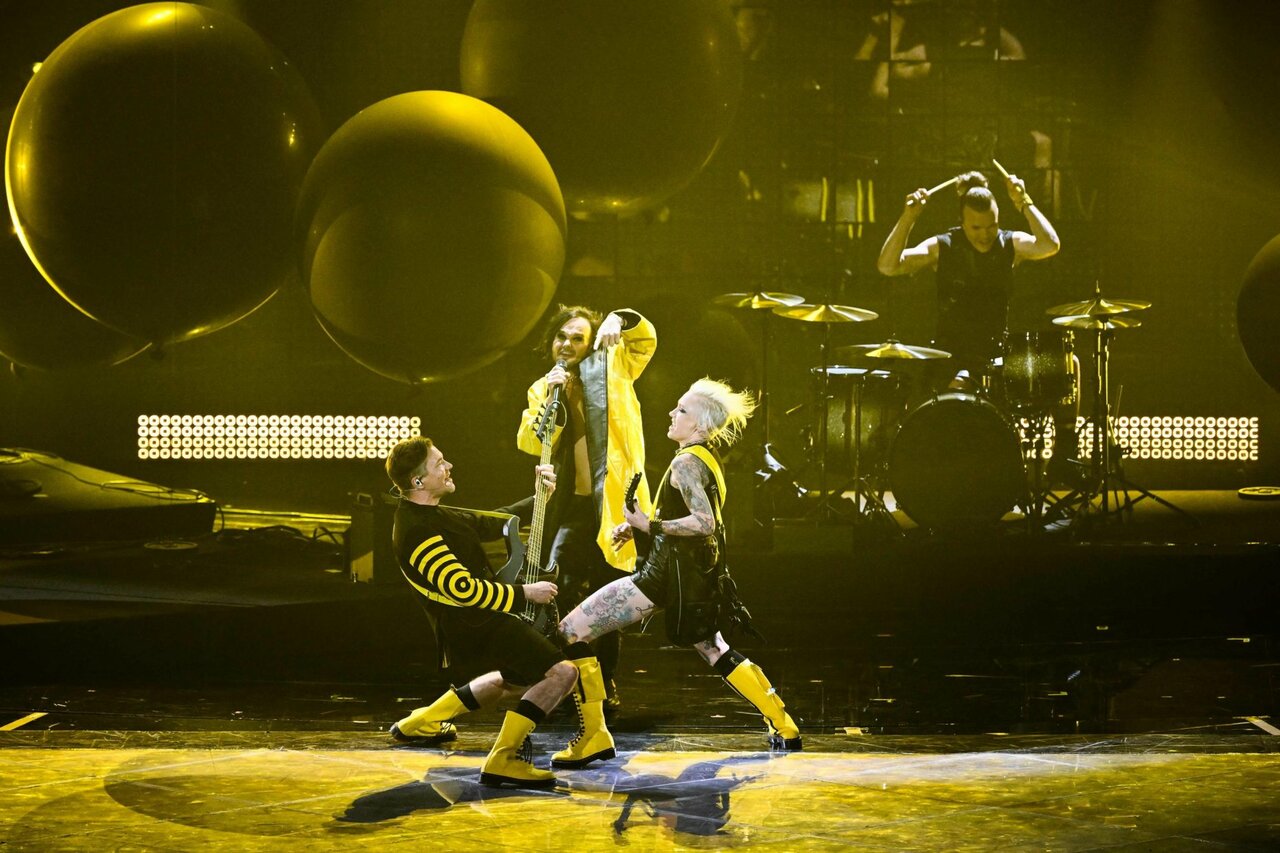 Switzerland / Marius Bear Grade 7 and a half

Long live the soul, especially if with these vocal choices that fade a bit raucous. It’s a nice, contemporary response to The Cure’s “Boys don’t cry”. Guys cry even though they wear the nail.

It’s powerful, it feels like a dance leap into a deep and rural France but we wouldn’t be surprised to hear it in Gallipoli this summer. It won’t happen, we know.

There is the mention of Daft Punk, and therefore they exceed the sufficiency. The song is heard, the refrain is printed in the head. (On bananas and songs, that of Arik Einstein remains unsurpassed and unsurpassed: “The banana bender”).

Gorgeous voice. The white sheets torn off are a nice intuition: the white does not deconcentrate us and rather hypnotizes us on that refrain tinged with folk: a song that competes directly (and loyally) with the Icelandic sisters in the competition, the Systur. The refrain is remembered.

Laura Pausini in Grimilde version? The purple dress looks like it was signed by the … Brothers Grimm. Grade 5

Emotion plays tricks on the duo’s voices at first. Performance that has no particular flashes, perhaps a bit scholastic. It resumes in the second half in which Blanco recovers his verve (that of “You make me crazy”). Turin acclaims them.

Stunning stage presence: Chanel has Cuban origins, she moves and sings like Jennifer Lopez. Wow effect. It is one of those cases where the performance gets the better of the song, which is also sparkling.

There is that tune that arrives nice and clear. S10 sings in Dutch, comes in a no-frills black suit. She has focused on a performance that clears the view of everything, so that only her voice can remain. Gorgeous.

“I will always find my home, even if all the streets are destroyed.” And how can you not think of those broken streets, the destroyed bridges, the scars of the bombs in Ukraine while listening to the captivating flute of “Stefania”? They got the song right. And she will not disappear in the trunk of grandma Speranza Eurovision’s living room. At the end of the exhibition they make an appeal for the evacuation of the Azovstal steel mill. 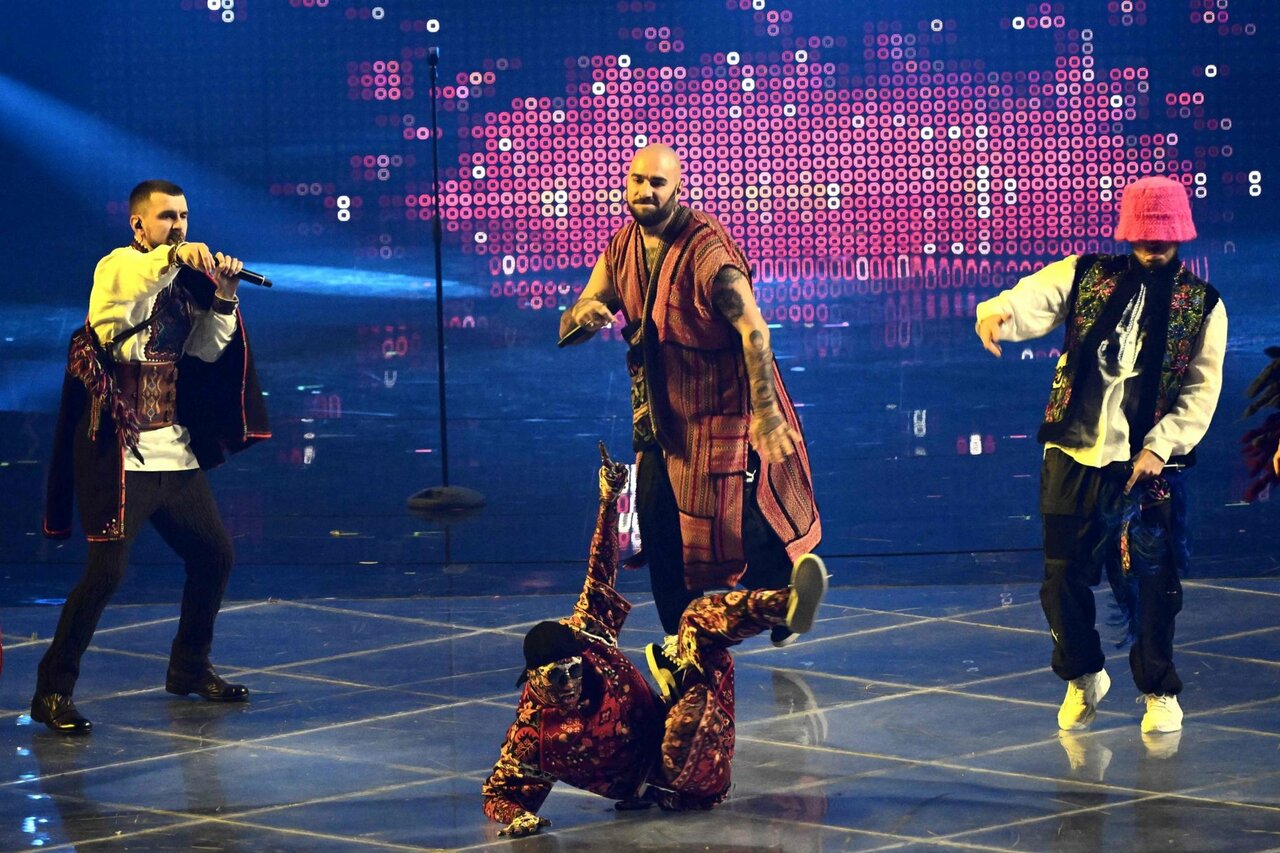 Bravo: multi-instrumentalist and beautiful voice. Those dance things, too dance, are finally coming from Germany.

Exhibition that could be dated even thirty years ago. Instead, we are in 2022. It has a very fascinating presence. She knows it and plays with this retro flavor. It is a Valentina from Crepax who talks.

Nice but he doesn’t dance. And you look at your watch during the performance: a sign that the song hasn’t come to an end. She got lost in those disheartened howls.

Reminds us of Stromae. And she has a beautiful voice. But he does not break through, does not completely convince. And here, she goes back to the starting point: if I had listened to her in the car without the distractions of silver jackets and hip hop dancers, would she have had another result in listening? Ni.

At first it hypnotizes you as the opening words of “Hide and Seek” by Imogen Heap. A metallic fairy, a little child princess from “The Neverending Story” by Michael Ende. Beautiful, but she wouldn’t listen to herself a second time, just finished the first.

Three sisters and a country literally in love with Eurovision: Iceland. In 2016, the share of the ESC final in Iceland was 95%. It is the group that most of all remembers Abba their years and the mood that made them so famous. Same atmosphere and same algorithm that was behind the composition of the Swedish group’s songs. At the end of the passage they ask for “Peace for Ukraine”.

There is nothing more unpublished than the publication. Good at mentioning the Ramones and inserting them in that caravanserai. The song is very funny and is danced. It is an extra piece available when at the parties comes that moment when you want to clear up and until recently we had nothing but “Cotton Eye Joe” by the Swedish Rednex.

It is she who brings to the Esc stage the song that reinterprets Abba but in a contemporary key. Nice piece, nice voice (remembers Lana Del Rey). Nice formula. The Swedish formula, in fact, which after the victory of Waterloo in 1974 (Abba) becomes a kind of magic formula to reach the top of the charts, be loved and sung. Definitely a podium song.

Dressed as Prince of Persia (the video game) and with a beautiful voice, yes, but plasticized. A forgettable song. Definitely no.

Laura Pausini sings In the blue painted blue: a beautiful tribute to the song with which Domenico Modugno participated in 1958 in Sanremo and Eurovision where he came second. Revolutionary song: nothing was the same after that song. And Pausini plays it great. Vote 8

Yes, in some moments it remembers Freddy Mercury. But only in some moments. The astronaut suit and the guitar dress up this Viking who sings an intense and beautiful piece. Will it be enough to remove the United Kingdom from the “Irrelevance” zone it has occupied for too many years at Eurovision? The last victory dates back to 25 years ago. Maybe not.

Perfect for the soundtrack of a film that tells a challenge, a competition. Those treble are very relevant, clap clap. The rumor is not discussed. But the Mahmood and Blanco duo are competing, offering a much more suggestive range of falsettos and treble.

The chorus works. The song convinces despite the hand washing that annoys most. An original performance and a nice rhythm that, be careful, can get tired. The nurse outfit with the “white operating room” uniform is a gimmick to bring out the alienating gaze.

Athletic, smiling, handsome, he apparently has no unsolved, has a flawless voice. Unlike the Lithuanian “neighbor” who sang in the language, he chooses English and aims to become Ricky Martin in a western version. But the collage is weak, Stefan.

They are guests because they won the Eurovision glass microphone last year. They present themselves with a rock song that does not disappoint from the very first notes: it reminds a little of the initial guitar round of “Rape me” by Nirvana. They have identified the magic formula (they too) and continue to cultivate that segment of sounds, lyrics and looks that took them far. They are already a classic, or what the adjective “classic” can mean or last today.

Gigliola Cinquetti and the age to go on stage 58 years after the victory. Grade 7

Gigliola Cinquetti won the Eurovision in 1964, today she returns to the stage as a guest and puts the notes in a row with that simplicity that seems very easy. She is 75 years old, a voice and a stage presence that still excite. Chapeau.

Definitely more at ease in a less clerical role, the showman Mika is the one we saw playing a medley of his pieces and who years ago had declared that Eurovision only listened to bad music. And while he sings he looks like a different person than Mika who gave the instructions for use in French just before. His Eurovision condenses the most distant sound experiences heard tonight in this single performance. Is he the political synthesis that Eurovision seeks? Yup.

The Barbara Dex Awardthe worst dressed artist award goes to Australia and then to Sheldon Riley.

David Martin is the lead editor for Spark Chronicles. David has been working as a freelance journalist.
Previous meet 5 actors who have played the iconic detective
Next Chris Brown responds after fan claims artist kicked her out of her room